Float in total darkness in a sensory deprivation pod, and you may come out a new person. 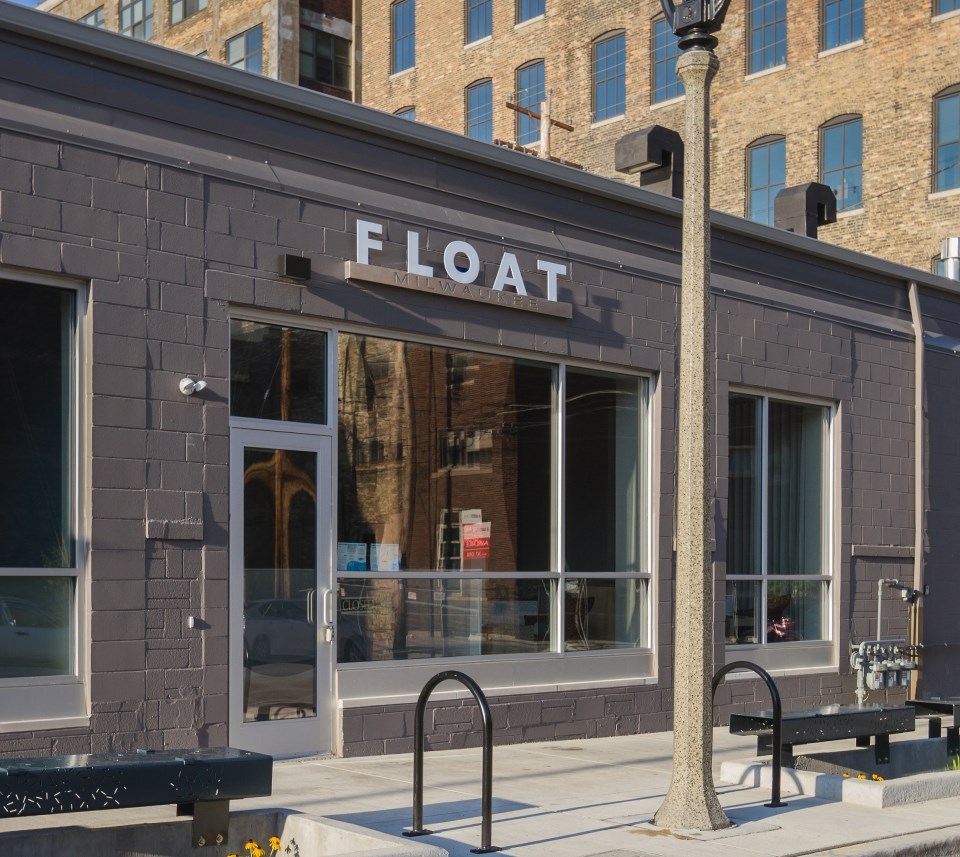 In the age where everyone seems overworked and overextended, it can be hard to find time to relax and recharge your batteries. And then when you do, there’s always noise outside, even at bed time, especially in the city. All of which can cause stress.

Which is where Float Milwaukee comes in.

Sensory deprivation involves submerging yourself in complete silence, darkness, and weightlessness to achieve a state of mental and physical nirvana. That’s the goal, nirvana.

Wonderful, right? Except that sensory deprivation can be an eerie experience for some. But Andy Larson — Float Milwaukee’s founder and owner — says it can be an incredibly valuable experience.

“It really lets you relax and sort of get into your own head. You can break down a lot of inhibitions and work through some things in your life that maybe you haven’t been dealing with,” he says. 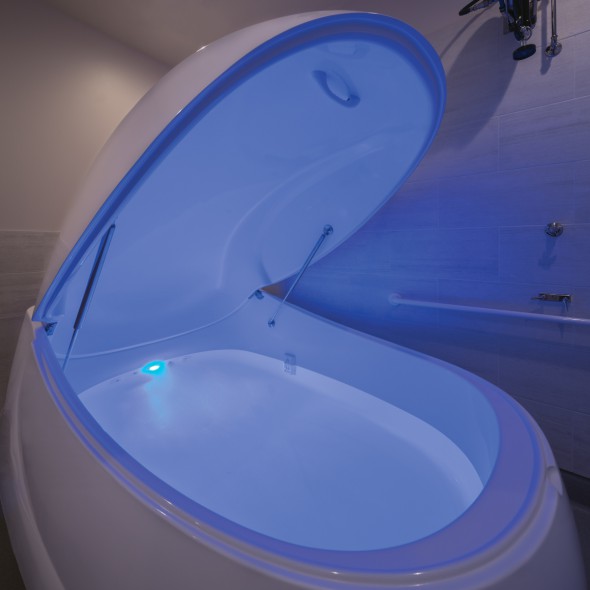 Larson opened Float Milwaukee in August, making it one of the only floating spas in the state, and one of the small handful found in the Midwest.

That lack of competition gave Larson the freedom “to figure out how to do it,” he says. “There’s nothing to draw off of because it hasn’t been done, so it wasn’t until I actually opened that I could actually learn how to manage.”

Before opening Float Milwaukee, Larson worked as a CPA doing corporate taxes, sort of an anti-relaxation job. Then, around October 2014, he decided to quit his job and try starting a business. “My job was fine, but I didn’t wake up in the morning raring to go,” Larson says. “Whereas now I’m excited to come in and talk to people after they float and hear how it’s helping them.

Larson didn’t have much experience in running a business. Buying, maintaining, and advertising the relaxation pods was a wholly new concept. Being a tax accountant, however, helped considerably when it came to understanding loan regulations and other contractual legal forms

“I dealt with regulations all the time, so I was very comfortable reading through the pool and spa code, figuring out where there could be some gray areas and working with people from the state.”

The youthful owner is a fan of floating as well. He touts the wide range of benefits that come from this type of meditation and is confident that floating has something for everybody.

So how exactly does it work?

First, you’re assigned to a room, where you begin by taking a shower. There’s a bench for your clothes, a spot for your towels – everything is accounted for to ease you into the serenity of the sensory deprivation pods.

Opening the oyster-like pod reveals a tub of water filled about 10 inches deep. The water in the tub is loaded with about 900 lbs. of Epsom salt, which increases the water’s density, making it much easier to keep objects — like your body — afloat.

Moving into a comfortable position can take some getting used to. Lying horizontally without having anything to actually lie on is no ordinary feeling. Perhaps similar feeling to floating in space. There’s an ambient blue light in the pod and soft music playing on a small speaker. Some people prefer to have the light or the music, but switches on the inside of the tank allow you to turn them on or off. Opting out of the light and sound means you’ll be immersed in utter darkness and complete silence. So silent that you can hear your heartbeat, and your own breath sounds like wind in a cave.

As you lay there, the sense of consciousness comes and goes in waves, and with inner stillness attained, it’s easy to lose track of time. It’s an experience of merely existing, and nothing more, that’s hard to find in the modern world with all of its distractions. To be encased in a pod of pure non-stimulation can lull even the toughest of us to sleep.

On your first few attempts, it can be hard to properly enjoy the moment while drifting in and out of consciousness until after the session is done. Those who can achieve calmness get the most out of the experience. Fully absorbing all of the healing stillness can leave you feeling completely refreshed, feeling like a new person.

When your time is up the lights come on and a recording comes over the speaker to gently wake you from the floating session. One more shower to get the salt residue off and the journey is over. Larson has a small room in the front office he likes to call the “chill out area,” because some guests like to spend a few minutes in the room regrouping themselves before returning to the hustle and bustle of the outside world.

“I’ve had people come out with response like ‘That was awesome!’ and they’re energized and everything — all the way to people being affected so deeply that they need maybe 10 or 20 minutes to just sort of decompress,” Larson notes.

It’s quite a heavy experience for some people, but completely worth it, Larson says.

His favorite part of the experience:  “it’s so dark that you can’t even tell your eyes are open, because it’s never that dark anywhere. There’s always a light on from some electronic device in your bedroom or something, so I think to have that darkness is so cool. You just feel totally reset afterwards.”