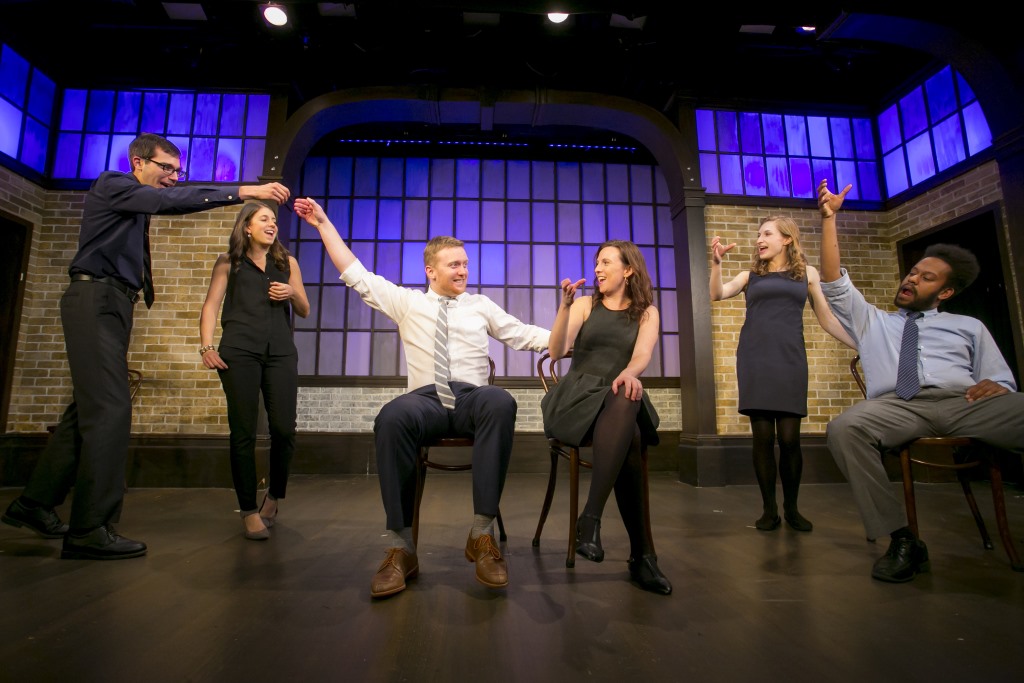 You can attend the more traditional holiday fare this weekend, or you can try a crazy alternative: a touring company from the famed Second City troupe performing in the “Holidazed & Confused Revue.” The show continues tonight through Sunday night at the Wilson Theater in Vogel Hall at the Marcus Center for the Performing Arts. It’s essentially a send-up of the Christmas, Hanukkah, Kwanzaa, and everything in between, but also depends upon the improvisational skills of the troupe.

Liz Reuss is one of six cast members and isn’t a natural at this kind of performing. She was never the class clown. “A lot of my classmates and good friends were cutups,” Reuss says. “My family always thought I was funny, sardonic, dry. I actually expressed a lot of my humor through writing. I was a person who tried to stay out of people’s way.” 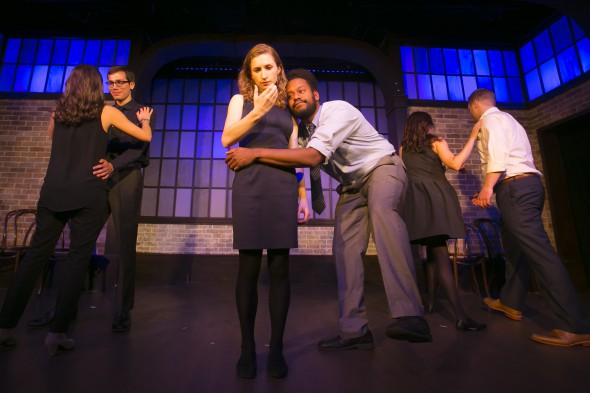 Starting out as a writer, Reuss says she never envisioned herself performing on stage. That’s the exact thing Woody Allen said and look how it turned out for him.

“I got into comedy in a roundabout way,” Reuss says.

She wrote sketches at Second City as a student in Chicago. Then a woman heading up the program told her she’d have to perform on stage if she wanted to continue.

“At the time I had no intention of acting,” Reuss says. “I took some improv classes and gradually improved. I think the fact they had faith in my ability gave me a lot of validation.”

Like most, if not all, comedians and actors, Reuss worked a day job and did the writing and performing at night.

Reuss says when she writes a sketch it informs her how to play the part. “I have a better idea of character when I write them. Their background exists in my head and structures my acting. It’s great because it forces me out of my wheel house.”

In “Holidazed & Confused,” Reuss says they primarily work with material pulled from Second City’s archives. The improv portion of the show can be the most exciting for the actors.  “You definitely go by audience reactions, feel their responses,” she says. “We rely on audience reaction and test the laughter or ‘hit rates.’ Then you latch on to that moment and see if you can improve.”

Reuss says that’s a simultaneously exciting and scary proposition. “Audiences are usually pretty smart. They get when it’s in the moment. And that’s when the magic happens, when they can sense performers winging it and connecting.”

Being part of the touring company has stretched her abilities as an actor and forced her out of her comfort zone—which was a good thing for Reuss.  At first she played mostly straight roles, while developing a feel for how things work on the stage.

“You start to develop an understanding of what gets a big laugh. I think some people feel more comfortable in bigger roles,” Reuss says. “For me, it was definitely the opposite. If you act out a scene you’ve written, you get a feel for the work and sometimes think, ‘Yeah, that’s gotta go.”

A lot of Second City performers have gone on to become big entertainment stars. But it’s not a given.

“I do think there’s a challenge to figure what your comedy path is,” Reuss says. “Being a comedian is part of it, but, a lot of people are trying to make it in comedy. With this experience, you can get hired to write for a TV show. You can get corporate gigs with this experience, develop marketing ideas.”

Reuss says the careers of so many alumni from Second City have encouraged her to continue. “I really admire Tina Fey,” Reuss says. “She’s the consummate comedian, amazing writer and performer. She’s such a hard worker, always creating new and different types of comedy.”

In Chicago, there are two theaters at Second City. One is where they hold the main stage show, and there’s a second venue.

“Some from the touring company are lucky to get pulled up to one of the stages,” Reuss says. “That’s one potential avenue to success. There’s also a chance I’ll continue writing. I’ve known people who have gone on to write and produce television shows.”

Reuss didn’t come to Chicago searching for a career in comedy. She was a freelance writer and editor looking for that type of work.

“I have to say my mom always thought I was extremely funny. She always loved my writing, encouraged me to pursue that.“

Her parents live in New Mexico these days but they get to see her perform when they can. “My mom will come to Chicago to see me.” After all, her daughter’s very funny.

“Holidazed & Confused Revue,” through Sunday night at the Wilson Theater in Vogel Hall at the Marcus Center for the Performing Arts. More details here.