These buildings still stand today, except (at left) the original steeple of St. John's Cathedral. 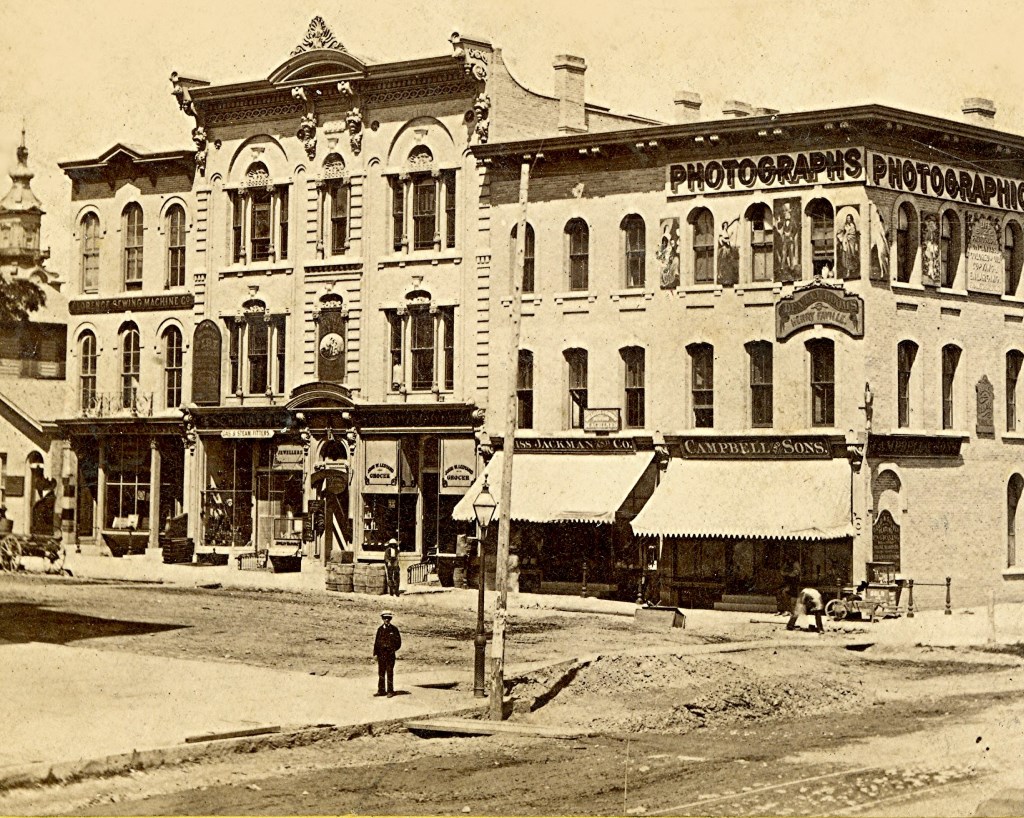 One of Milwaukee’s earlier photographers was Rollin Clifford (1835-1895), who was originally from Rutland, Vermont. The first mention of him in a Milwaukee city directory is in the mid-1850s when he is described as a portrait artist. He would partner with John Hawkins who arrived here at about the same time and was first listed as a daguerrotypist. They made a good team for a few years as the photography business at that time focused of portraits.

But the partners would eventually go their separate ways and Clifford found another business partner, John Gibson, who apparently was a recent arrival to the city. They moved to a new building at the northeast corner of Milwaukee St. and Wisconsin which is seen in this photograph. They would also purchase a full-page ad in the city directory of 1867-68 offering life-sized hand-colored portraits. Some examples of their work are visible in this photo: the images near the third floor windows and below the “PHOTOGRAPHS” sign.

Clifford, however, would soon leave and Gibson would run the business by himself. The last city directory listing for Gibson is in 1870. The building stll survives today, although an addition a few years later would add another story and a mansard to the building.

The other buildings in the photo also survive but the rooflines have undergone changes over the years, removing much of the fine detail. At the left is the original steeple of St. Johns Cathedral.

The photographer of this photo is unknown but Gibson would be a likely suspect.