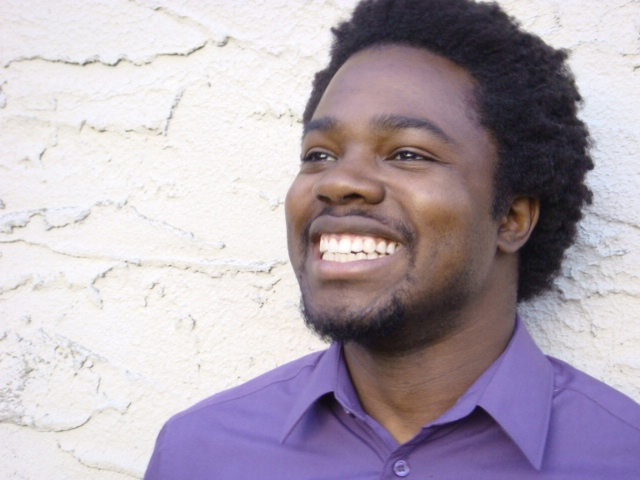 One day young Leroy Y Davis was walking down a block in the Bronx, minding his own business, when he looked up and noticed a sign for the Boys Choir of Harlem. Davis, then in sixth grade, was intrigued and investigated. The school encouraged him to audition and he was accepted. “They said I had a great voice,” Davis says.

Today Davis is a rising young baritone in the opera world, who has done several roles for the New England Conservatory and is one of the performers in the Florentine Opera’s “Home for the Holidays” concert December 17-19. The concert, featuring a great mix of seasonal tunes and carols, will be performed at the Florentine’s nifty small stage at 926 E. Burleigh St.

Besides Davis, the show features soprano Ariana Douglas, mezzo-soprano Katherine Fili and tenor Thomas Leighton. All four are resident artists with the Florentine. The residency runs from August to May of next year.

“I’m honored to be singing with such talented performers,” Davis says.

Where did Davis first get the bug to sing?  “My mom always played oldies on the radio,” he says. “The amazing thing was she was always in tune, knew all the words. And that got me thinking. I didn’t know it at the time but I was able to recognize the proper keys.”

Yet it was harder to convince his mother of his choice to be a professional singer. “Dad figured whatever I put my mind to I could do.”

Davis says he came from modest means. His parents worked all the time to provide a good life for their son. The Boys Choir of Harlem changed his life. “We went to Japan to perform, the Netherlands, Austria, Canada,” Davis says. “It was amazing to see the world at such a young age. The travel opened my eyes. I saw things I’d only seen on television and that implanted a travel bug in me.”

Not long after he joined Harlem Boys Choir, his voice changed, Davis recalls. “When I entered seventh grade my voice dropped to where it is now.”

But the instructors at the Boys Choir told Davis they didn’t think a seventh grader could be a baritone and placed him in the tenor section.

“I felt I was a baritone. There was no other kid with a voice like mine,” Davis says. “But I learned to adapt to being a tenor.” Today, as a result,  “there’s a color to my voice that’s different,” he notes.

Leroy is a graduate of New England Conservatory where, as a Graduate Diploma candidate, he performed the role of Don Pomponio Storione in the American Premiere of Rossini’s La Gazzetta. He is also a graduate of Bard College; during his graduate studies he created the role of Atticus Finch’s Trainer in David T. Little’s Vinkensport or The Finch Opera.

After a performance Davis says he loves to eat and maybe get a steak and baked potato. “I get really hungry after a show,” he laughs.

Davis says some performers experience an adrenaline kick soon after the show starts, then go to bed right after the show. Not him. “I tend to get a little jazzed. I get the adrenaline going then it’s hard for me to settle down.”

In his downtime, Davis does something you probably wouldn’t associate with a professional singer. “I love tinkering with computers. It’s so expensive when a computer breaks down I decided I’d learn to do it myself.”

Whether he’s onstage at the Florentine, grabbing a steak or reassembling his laptop, Davis will certainly be busy for the holiday season.

Tickets for “Home for the Holidays” are available for Thursday, December 17th and 18th. The December 19th show is sold out. Buy tickets here or call 1-800-32-OPERA