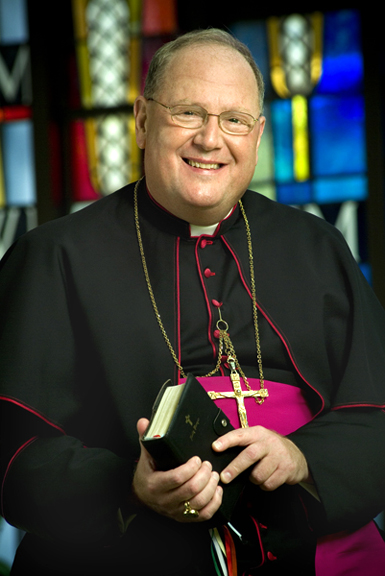 Probably no city has gotten more attention for its clergy sex abuse problem than Boston. It’s been called “the epicenter” of the crisis, and it is once again in the Spotlight, which is the name of a widely acclaimed new movie that dramatizes the Boston Globe’s 2002 Pulitzer Prize-winning investigative series on pedophile priests.

The newspaper reported that the Boston archdiocese quietly settled child molestation claims against at least 70 priests and routinely transferred abusive priests to other parishes. The series blew the lid on a scandal that soon became a national and even international one, as more victims came forward and newspapers began aggressively reporting their stories.

In America alone, more than 6,900 priests have been accused of pedophilia, as USA Today has reported.  By 2012, 16,787 people had come forward to say they were abused by priests as children, according to the U.S. Conference of Catholic Bishops, and the church had spent more than $2.6 billion in civil suits in the U.S. But that figure turned out to be an underestimate: the National Catholic Reporter tallied the data and found the total payout has been $4 billion.

The sheer scale of the scandal is astounding. The Conference commissioned a study which concluded that 4 percent of all priests who served from 1950-2002 had been accused of molesting minors. If the rate was that high for teachers in the U.S., that would equal 120,000 pedophiles.

But Peter Isely, the Milwaukeean who is Midwest director of SNAP, the Survivors Network of those Abused by Priests, believes the percentage of pedophile priests is much higher. “If you look at federal reporting where there have been grand juries investigating this, the percentage gets near 10 percent.”

The PBS show Frontline has singled out Milwaukee as one of the most dreadful examples of how victims of abusive priests were handled. Milwaukee, it concluded, had the fourth largest problem in the nation in terms of the number of victims.

The two worst archdioceses are presumed to be Boston and Los Angeles. In 2007, the LA archdiocese, the nation’s largest, announced more than $660 million in settlements to 508 victims. In Boston there have been several different settlements and the main lawyer handling these suits, Mitchell Garabedian (played by Stanley Tucci in Spotlight), says his firm has represented more than 1000 victims and survivors of clergy sexual abuse to date.

As for how this city handled the problem, thousands of documents released in the court case showed that former Archbishops Rembert Weakland and Timothy Dolan and the Vatican in Rome “repeatedly denied sexual abuse survivors justice by failing to act with urgency on reports of sexual abuse, often waiting years to remove a priest from ministry who had credible allegations of child sexual abuse,” as Fox 6 reported.

Milwaukee is also infamous for the tenacity with which the archdiocese resisted giving any settlements to victims. Dolan transferred nearly $57 million in archdiocese funds into a cemetery trust, a move that shielded church dollars from the legal claims of abuse victims. Documents released in the court case showed Dolan asked for permission from the Vatican to transfer the funds to protect the archdiocese “from any legal claim or liability.”

The transfer of money was part of an aggressive legal defense by the archdiocese, a policy continued by Dolan’s successor, Archbishop Jerome Listecki, that led to “the longest-running church bankruptcy in U.S. history” as Frontline noted. Though Listecki declared that the church wanted to support the victims through “therapy and healing,”  the Archdiocese “objected to all 575 sexual abuse claims filed in bankruptcy court and attempted to have hundreds of the claims thrown out of court,” as Fox 6 reported. As a result, the victims were “forced to make a decision that would prevent the case from being drawn out longer and incurring additional bankruptcy attorneys’ fees.”

One of the archdiocese’s lawyers warned they would spend down all the money it had on court fees if that was necessary, while pressuring the plaintiffs to settle. The tactics worked. The settlement was “the fourth largest (in the nation) terms of the number of alleged victims, but 27th in terms of compensation,” Frontline noted.

About $32 million of the money went to the lawyers on both sides, Isely notes, and just $13 million to the victims. The average victim settlement for all the other U.S. church bankruptcies when you subtract one third for attorney fees is $300,000, he estimates, compared to less than $39,000 per victim in Milwaukee.

That average would have been far smaller, if the Archdiocese hadn’t succeeded in getting 240 of the 575 alleged victims struck from the list of those eligible for a settlement. “Among those who will not receive compensation,” Frontline noted, “is Monica Barrett, who alleged that she was raped by Father William Effinger in 1968 when she was 8 years old. Her 1993 suit was dismissed due to the statute of limitations, but the diocese of Milwaukee sued her to recover $14,000 in legal expenses.”

What is the most powerful theme in Spotlight is how the abuse and betrayal of Catholic children and families that occurred was systematic and went right to the top, to then-Cardinal Bernard Law. In a heavily Catholic town like Boston, it involved politicians, police, prosecuting attorneys, the legal system, all of whom were bent to protect the church. And while it was finally the Boston Globe that exposed the problem, we learn that the head of the paper’s investigative team — himself a Catholic — had swept the problem under the rug some years earlier as metro editor, when the paper had learned about 20 abusive priests.

The situation isn’t much different in Milwaukee, where an estimated 32 percent of residents are Catholic, compared to 24 percent nationally. Experts say Wisconsin is unique nationally in its protection of abusive priests. A Supreme Court decision written in 1997 by the late Justice Patrick Crooks, a practicing Catholic, dismissed a civil suit involving clergy abuse. Civil remedies weren’t needed, Crooks suggested, because “a bishop may determine that a wayward priest can be sufficiently reprimanded through counseling and prayer.”

Longtime Milwaukee District Attorney E. Michael McCann, a devout Catholic, had little interest in prosecuting abusive priests. He blamed the Supreme Court decision that made prosecution difficult, but took no interest in trying to change the state law. McCann, moreover, seemed compromised by his close relationship with Weakland. Weakland sought and received private advice from McCann about a sexual relationship that ultimately resulted in an accusation of sexual abuse against the archbishop.

At the old Milwaukee Journal, Marie Rohde served as religion reporter from 1984 to 1995 and had begun to uncover stories of pedophilia by the priests when she was removed from the beat in early 1995 by then Milwaukee Journal editor Mary Jo Meisner. As a Pressroom column by Milwaukee Magazine once reported, Archbishop Weakland put pressure on the editors to remove Rohde from the beat. That was seven years before the Boston Globe did its watershed series.

Spotlight has been compared to All the President’s Men, and both are terrific films that remind us of the value of an aggressive media. But it’s worth noting that Bob Woodward and Carl Bernstein and the Washington Post, while they faced down pressure from the administration of President Richard Nixon, were doing stories for a readership that probably leaned Democratic. The Globe’s readership was heavily Catholic as were most of its reporters and their families and friends. Those kind of personal ties, in my experience, can be the hardest thing for reporters trying to tell the truth; even mildly critical stories can create a very personal blowback that’s painful for the journalist. But in this case, the reporters (led by a Jewish editor who was not from Boston) dared to write scathing stories that portrayed priests as the demons they were. The newspaper did the entire country, including Milwaukee, a huge favor, in the process saving countless children from becoming future victims.