By Wyatt Massey, Milwaukee Neighborhood News Service - Nov 22nd, 2015 09:59 am
Get a daily rundown of the top stories on Urban Milwaukee 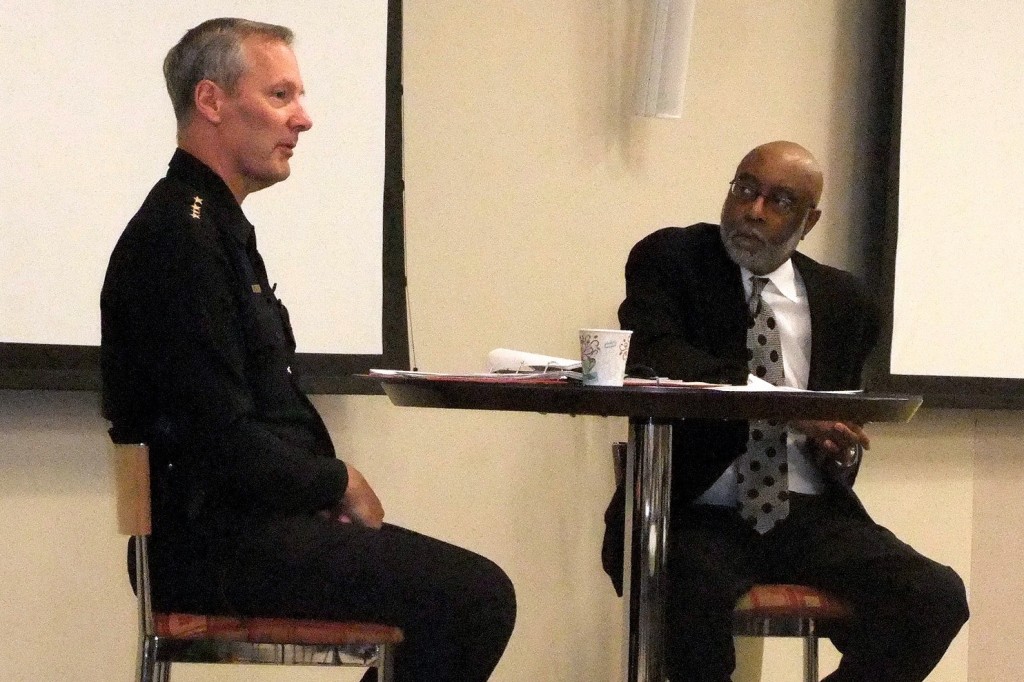 Adrian Spencer tried to keep her head down. She tried to ignore the violence in her community. Then, there came a point at which her family’s safety spurred her to action.

“Because I was directly affected by the violence in the community, I decided to get involved,” she said.

Her efforts led to the creation of the 2nd Street Pocket Park in 2008 and the Harambee Tot Lot in 2014. Spencer, like many other neighborhood leaders, started her efforts at the grassroots level, collaborating with organizations such as Riverworks Center, Northcott Neighborhood House and the Home Depot’s Team Depot. Her decision to get involved in improving her community led to her role as Safe & Sound’s District 5 community organizer. 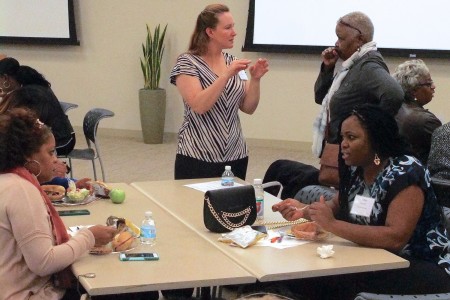 Spencer’s story was featured at the recent Neighborhood Safety Symposium held by LISC Milwaukee. The one-day conference assembled national and local experts to share success stories, build partnerships and discuss issues affecting Milwaukee neighborhoods. The approximately 160 attendees raised concerns about safety at the local level and the ways neighborhoods can organize to decrease crime across the city.

Chief Edward Flynn of the Milwaukee Police Department called crime the greatest deterrent of community development because of its multiple effects on local economies. Crime drives out development, hinders further growth of organizations that stay and prevents future development.

“Our problem right now is that we have more young people getting involved in more dangerous crime earlier,” Flynn said.

Flynn asked neighborhood leaders to help foster dialogue with police officers in neighborhood centers, so that community interactions are not occurring solely on the streets.

According to Bray, more conversations can lead to greater police involvement in community building. This is especially important given the lack of equal representation in law enforcement and recent conflicts between police and black communities across the country.

Flynn acknowledged that MPD lacks sufficient African American officers, calling it “one of our greatest challenges,” but noted the success of the Fire and Police Commission’s Police Aide Program for 17-19 year-olds and Students Talking it Over with Police as ways to build interest for careers in law enforcement.

Community policing is another way of increasing involvement. “We solve crimes because people told us who did it, and that requires community policing,” Flynn said. This also can lead to greater interest among young people to become police officers.

Keynote speaker Greg Saville, senior partner at AlterNation a consulting firm that builds safe neighborhoods, agreed that community policing curbs crime. “No matter how you cut it, in my view, crime is best tackled in the neighborhood,” he said.

Neighborhoods can organize to advocate for themselves at the city level, Saville noted. The former police officer and urban planner challenged neighborhood leaders to imagine the many possible futures for Milwaukee and recognize that they have the power to create the future they want.

Involving members of the community during every step in the planning processes is crucial for long-term neighborhood development, Saville said. “You don’t do things to people, you do them with them.” He advocated for micro-level community development in which neighborhoods create and maintain public spaces with help from the city.

“We think about neighborhood development as one size, fits all. It doesn’t,” he said.

Hard, but not impossible. Spencer, Grandt and Jacob Corr, community prosecutor in MPD District 5, pointed to a resident-led taskforce they created in 2013 to address safety along Keefe Avenue as an example of what can be accomplished. The group closed two drug houses and the community experienced a 20 percent drop in crime between 2013 and 2014.

Dr. Michele Bria and Charles Brown of Journey House showcased the success of the Clarke Square Neighborhood Initiative and the construction of the local football stadium. People are seeing the effects of community investment, Bria said, explaining that success is the result of effort, time and belief by neighborhood residents.

The success of Riverworks Center, Journey House and others underlines the power of neighborhoods to create positive social change. Innovation happens when people come together. “People come up with amazing, amazing ideas,” Saville said.