1920s King Building on KK will be renovated and expanded, yielding 14 new units. 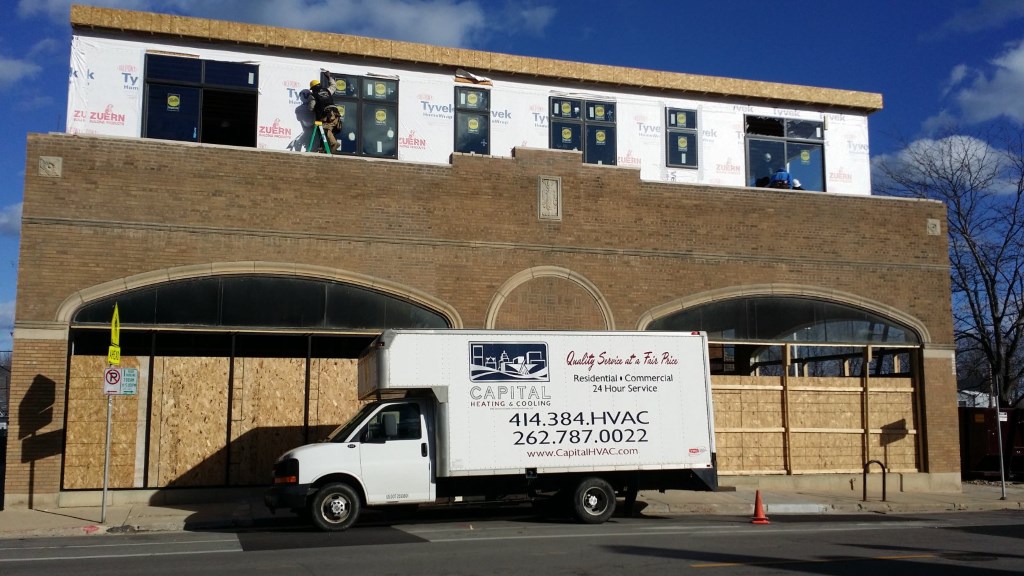 The King Building, built in 1928 and located on 2534 S. Kinnickinnic Ave, is no stranger to retail business. Those it has housed include an automotive dealership, a medical supply business, a laundromat and The Ink Spot Tattoo Studio. But now with the redevelopment of the building, not only will its retail space be remodeled but it will include apartment units as well.

The King Building was sold by The State Bank of Newburg to Scott Genke of SG Property Development + Management in mid-June of 2014, as reported by the Milwaukee Business Journal. Gallus Architects are serving as the architect and Campbell Construction is serving as the general contractor.

Redevelopment of the building began last February with the demolition of the interior, according to a razing permit. A permit for new construction on the nine apartment units was issued in July.

The original plans for the building in June 2014 had projected at least four new floors with a total of around 30 apartments. But the original plan was too costly and “invasive,” Genke told the Business Journal in November 2014. He has since scaled it back to simply renovating the ground floor and adding one additional story for apartments while keeping the exterior of the ground floor unchanged.

The Bay View Compass reports that the ground floor will have five live/work units and the second story addition will have nine apartment units, with a mix of one and two bedroom units. There will be 15 parking spots plus storage in the basement available for tenants, and 12 dedicated parking spaces will also be available for daytime use in the next door parking lot of the Bay View Library. The entire lot will be open the public from the library’s closing to 2:30 a.m., adding more than 30 parking spots.

OnMilwaukee reports that the 24,870-square-foot building will devote 6,000 square feet to retail space, which can be divided into two spaces at 2,400 and 3,600 square feet.

Genke hopes to have construction complete in early 2016. 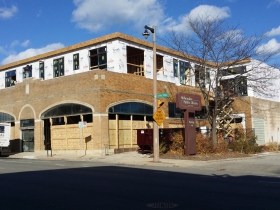 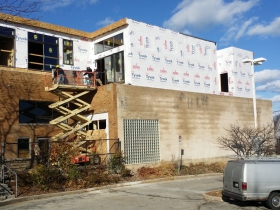 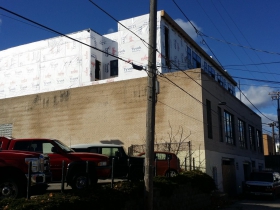 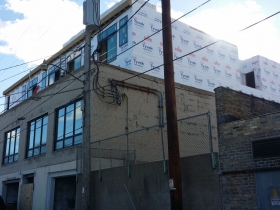 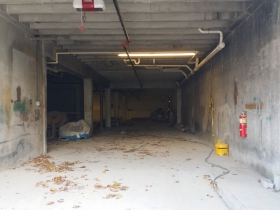 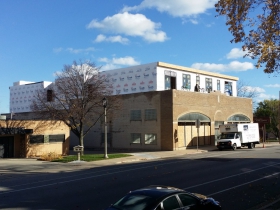