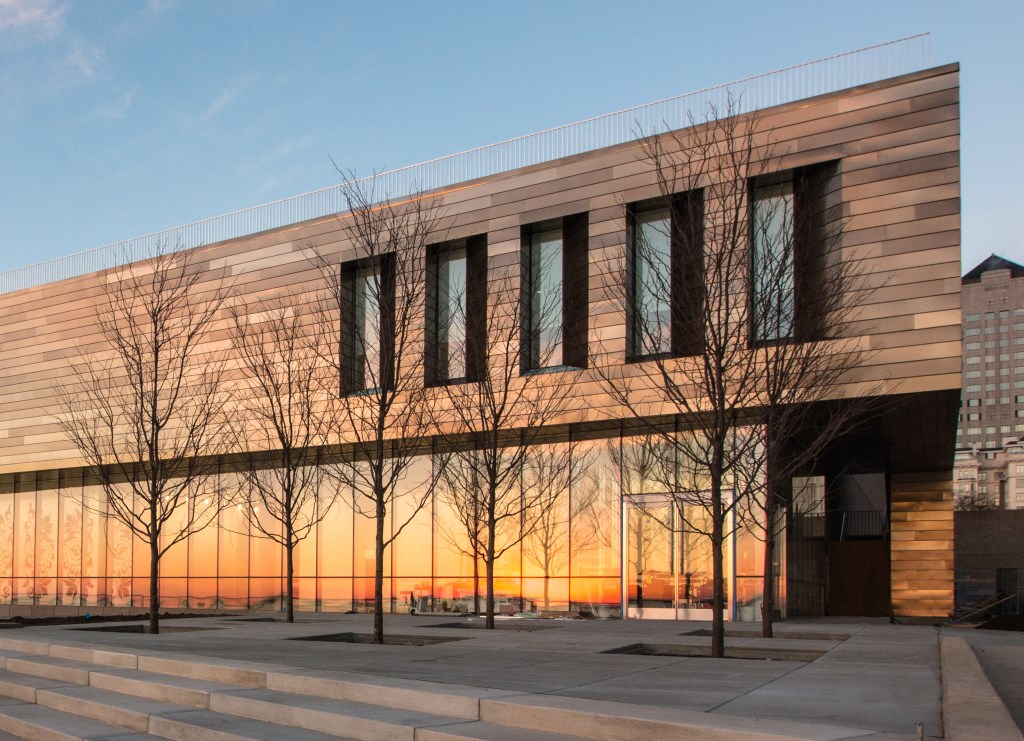 The opening of the addition to the Milwaukee Art Museum is a big event for the city, and the Milwaukee Journal Sentinel appropriately gave it considerable attention, with three stories published Sunday, all by its art critic Mary Louise Schumacher. But Schumacher’s reporting of how the project surmounted “politics” to get the new addition built is a misleading muddle that avoids almost the entire story of what actually happened.

The museum’s director Dan Keegan deserves great credit for having the vision to create this addition, and for managing to raise the money from Milwaukee County and the private sector to finance the project. But he nearly botched the whole thing with his decision to drop an architect’s design for the addition and replace it with a second-rate alternative put together under mysterious circumstances that would have been a disaster for the community.

It was back on April 7, 2014 that Urban Milwaukee broke the news that Jim Shields, arguably the town’s most accomplished architect, had quit the project and hadn’t been involved with it since February 2014. The art museum had by then released a revised design for the project which it credited to Shields, and Schumacher had swallowed that story, reporting that it was Shields’ work.

In fact, as Shields flatly told Urban Milwaukee, the design was not his.

Precisely who created the revised design has never been revealed. Keegan insisted it was Shields but the architect said he had nothing to with that “scheme.” Jim Vander Heiden of HGA (the firm Shields works for) told Urban Milwaukee he had taken on overseeing the project, but was not the designer. As to who was, Vander Heiden said Keegan would have to answer that question.

One source told Urban Milwaukee that David Russick, the museum’s exhibitions designer, was the key person overseeing changes in the building’s configuration and design. Keegan denied this while continuing to insist Shields was somehow designing a project from which he’d withdrawn some two months before.

But five days after the Urban Milwaukee story, Schumacher did an article which now said the design she had attributed to Shields was not his. Shields’ ideas were being dropped from the design, she reported, and “one of the stronger voices behind the changes, according to sources close to the museum and the architect, has been Russick.”  In short, a non-architect was now driving the project’s design.

In her story Sunday on the opening of the new addition, Schumacher drops Russick’s role from the story and tells readers there was a “political wrangle” or battle of egos, leaving readers with the implication it was simply a scrap between Shields and Keegan. In a separate story, which gives Schumacher’s positive review of the new addition, she again refers to the “big fight” without talking about Russick’s role and then offers this remarkable description: “After a process that many involved described as painful, not to mention some browbeating from critics, myself included, the museum set aside earlier plans for an all-white, office park-y building last year.”

Schumacher doesn’t mention who those “critics” were. The only critic to write a piece “browbeating” the revised design that eliminated most of Shields ideas was Tom Bamberger. His memorable column for Urban Milwaukee on April 10, 2014 suggested the revised design was “a monumental blunder,” something you might find in “an above-average industrial park…It might be a nice printing factory, international call center, or some other anonymous facility tucked away at the end of cul de sac.”

Bamberger’s critique, in short, was the one that described the design as “office park-y,” to use Schumacher’s phrase. And Bamberger argued that Shields original conception was far superior to the botched revision overseen by Keegan. Four days later Matt Wild at Milwaukee Record offered a column calling it “conspicuously uninspiring… design by committee.”

As for Schumacher, she waited until May 4, more than three weeks after Bamberger’s critique, before finally coming out with her take on the revised design, and this is what she wrote: “While it’s tempting to argue the merits of Shields’ better design over the other, I believe the museum should simply stop building for a time.” Both designs, she argued, are a “stop-gap measure,” so the “most daring thing to do right now is to build nothing at all.”

Schumacher, in short, refused to take a stand between Shields’ vision and the Keegan/Russick revision, and simply punted, suggesting the architectural problems presented by the site were so difficult to solve that it would be better for forget about it in the short term and perhaps even consider building off campus.

Needless to say, the museum ignored this bizarre advice. In fact, even before Schumacher wrote her column, Keegan had already, quietly brought Shields back. This happened in late April, well before Schumacher’s advice to give up the project, and by May 6, Shields had created a revised version of his early design, which he and Keegan discussed on WUWM radio.

The good news is that Keegan did relent, Shields was brought back, and the new museum expansion designed by him is so far getting very positive reviews. It’s great news for the community and both men played key roles. But how all this happened bears no relationship to the misleading story, with its embarrassing gaps and fibs, that Schumacher has offered readers.

There are less than two days left to Urban Milwaukee’s crowd funding drive, which ends tomorrow, November 18, at midnight. If you like Urban Milwaukee, you might consider donating just what its value is to you on an annual basis. The Journal Sentinel now charges $250 per year, the Business Journal is $103. We are free. Every donation, no matter the size, will help us meet our goal, and every dollar raised will be used to expand the publication. Give here.

Inside the New Addition 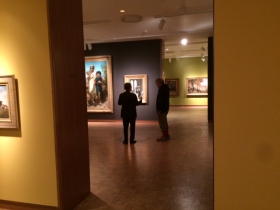 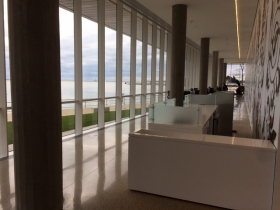 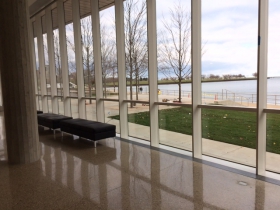 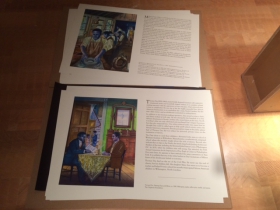 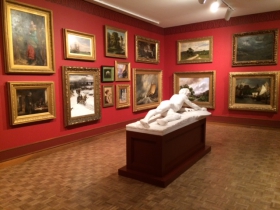 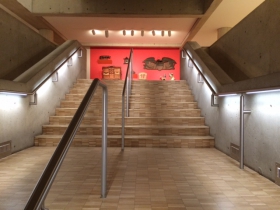