‘Wicked’, the Greatest Show on Earth?

Touring production at the Marcus is one of the best shows I’ve seen on stage. 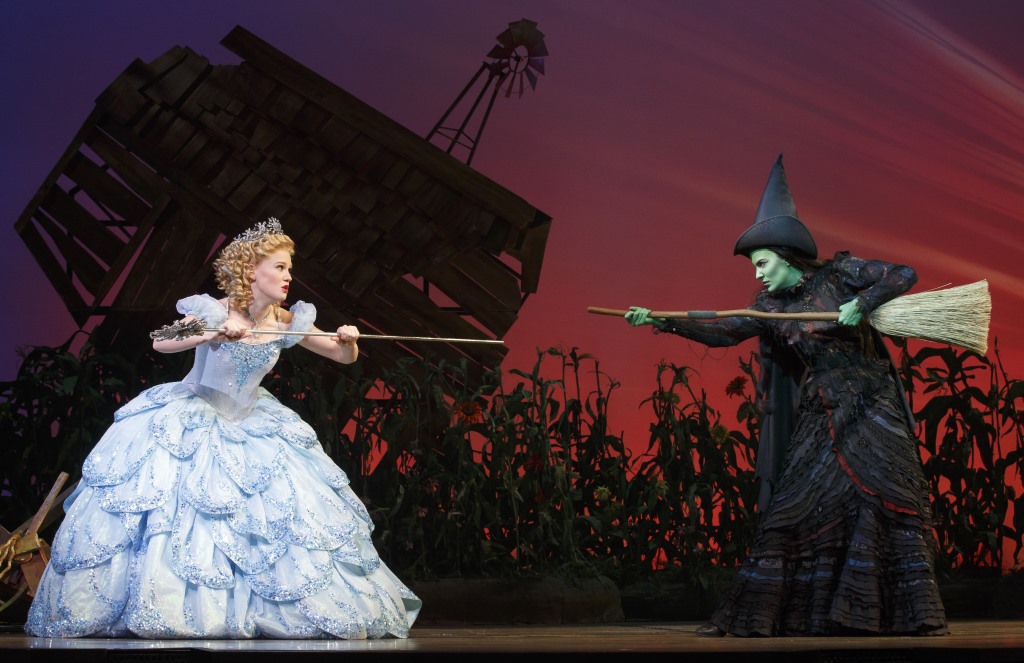 If I learned the producers of Wicked had decided to perform the show again just ten minutes after I watched it the first time, I would call my wife to say I’d be later than expected and settle into my warmed chair for another three hours. I’m 90 percent serious about that.

I saw Dirty Dancing on the same stage a few weeks ago and it was competent and enjoyable. But Wicked is the towering, formidable, and mischievous older sibling that’s chugging an explosive energy drink from a can the size of a zeppelin. This musical isn’t dancing, it’s looking for a fight.

Every so often you can feel the energy of a show even as you walk through the lobby and present your ticket to the usher. People’s faces are full of anticipation, their heads are craning to see what they might encounter ahead, there’s a buzz in the air. That was the mood at the Marcus Center for the Performing Arts on Thursday night as the touring musical Wicked was about to play it’s second show in it’s all- too-brief run here in Milwaukee.

Attending a show with an exalted reputation like Wicked is a bit like going to a restaurant everyone told you is amazing. That’s a lot for a meal or a musical to live up to. Wicked did. It’s one of the most exceptional shows I’ve ever seen onstage. 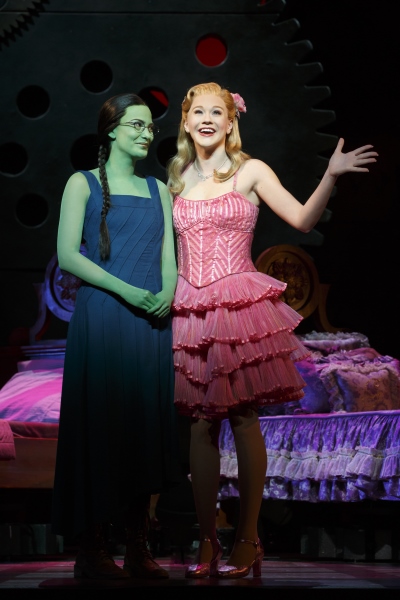 Wicked is a show you’d be wise to take your children to while they still see the world with a modicum of innocence and a bit of childish wonder. Tickets aren’t cheap so if you have to pawn grandma’s ring or change your vacation from Europe to Eau Claire—get on it.

The show is based on writer Gregory Maguire’s novel about the “true” history of the witches of Oz. The cast at the Marcus delivered a stable full of hits from the show such as “For Good,” “Popular,” “The Wizard and I,” and the show-stopping “Defying Gravity.”

A prequel of sorts to The Wizard of Oz,  Wicked twists long-held preconceptions about the folks in the suburbs of Oz. Since we were kids we’ve just assumed the Wicked Witch of the West (Elphaba) was a nasty, vindictive and vengeful creature. After all, why else would they call her wicked?

In the play you’ll find she wasn’t born that way. Elphaba just drew the short straw in life when she was born the same color as asparagus and her father essentially dumped her like you would a bad head of spinach.

A nerdy and nervous Elphaba is sent off to boarding school assigned with the duty of watching out for her wheelchair-bound sister Nessaroe. That’s where she meets Gilinda, who later becomes known as the Good Witch of the North. She’s blonde, popular and a ditz. Envision a hybrid of Elle Woods in Legally Blonde and Cher from Clueless.

Whereas Elphaba is a young, intelligent, albeit green girl, who is as normal as everyone else with the exception of her epidermis.

If you spend any time at all on Youtube.com you’ll see people down-vote a dog rescued from a brutal puppy mill, an example of the perverse side of human nature rearing its head. That reminds me of the critics who gave this show less than favorable reviews when it debuted twelve years ago.

Ben Brantley of the New York Times called Wicked “a sermon with a generic score.” Generic? These are songs that hit your senses like a runaway train and assail your emotions.

A grown man in the seat next to me at the Marcus Center was visibly in tears during “For Good,” the show’s last duet between Gilinda (Carrie St. Louis) and Elphaba (Alyssa Fox). I averted my eyes, not wanting to embarrass him. Very few things bring me to tears in public, with the exception of the current political climate in Wisconsin, but I understood how this guy was busted up.

John Simon, a theater critic for New York magazine, was even more savage than Brantley, writing: “The lyrics might as well be spoken rather than sung, except that then we could make out the words, which have at best intermittent sparkle.”

“We are not trying to entertain the critics,” Walt Disney said. “I’ll take my chances with the public.”

Disney appears to be right on the money—really big money. In 2013 Wicked became the first musical to gross more than three million dollars in one week. It’s sold well over three billion dollars worth of tickets since it first opened.

According to New York.com the show has been performed in more than 100 cities in 13 countries around the world and has been translated into five languages: Japanese, German, Dutch, Spanish and Korean.

As corny as it may sound, when my wife asked how I liked the show I told her it was magical. It wasn’t meant to be a pun; It was just the first thought that popped into my head. Magical. If you’ve never seen Wicked, by all means, pawn grandma’s ring and get to the box office.

Wicked, at the Marcus Center for the Performing Arts through November 15th. Visit marcuscenter.org for ticket information.

One thought on “Review: ‘Wicked’, the Greatest Show on Earth?”