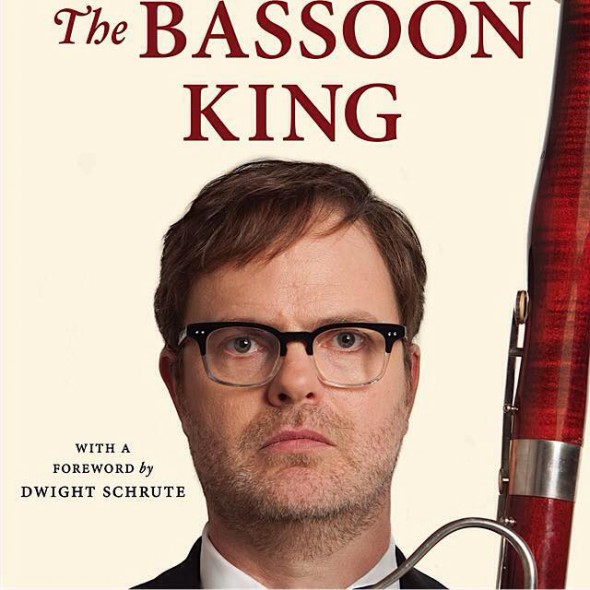 Known for playing ‘Dwight Schrute’ on the NBC show The Office, Rainn Wilson is going on tour with his new book ‘The Bassoon King: My life in Art, Faith, Idiocy’. The opening act will be Milwaukee rock band Nineteen Thirteen. Each ticket will include an autographed version of The Bassoon King.

A Midwestern band with a rock ‘n’ roll sound, Bottle Rockets is a band that will have you wanting more from just hearing one of their songs. Their album South Broadway Athletic Club was recorded in St. Louis, Missouri which means, like the city itself, the band has a very Southern/Midwestern sound.

Kicking off her seven-city arena tour, comedian Amy Schumer is coming to Milwaukee to perform some of her known and new material. With a dark sense of humor and a satirical way of telling jokes, Schumer started on the NBC show Last Comic Standing coming in fourth. Schumer didn’t let that stop her though, she continued on to appear on many magazine covers, in t.v. shows, and recently starred in a film called Trainwreck.

Baroque Pop group San Fermin will be performing in Milwaukee for their tour in January. The band originally started by a Brooklyn composer and songwriter, Ellis Ludwig-Leone, San Fermin is now an eight piece ensemble. Vocals, electronic break beats, horns, strings, and other instruments make this band stand out from others.

The King: The Music of Elvis

“This performance is a co-presentation of the Milwaukee Symphony Orchestra (MSO) and Marcus Center and is the third of several collaborations planned for the 15/16 Season and beyond.”

“Elvis Presley was the king…and he changed American music forever. This two night only engagement will celebrate thrilling performances of his greatest hits, including Heartbreak Hotel, Love Me Tender, Don’t Be Cruel, Hound Dog and more — like never before with the full Milwaukee Symphony Orchestra! These are not Elvis impersonators; these are four Broadway and cabaret singers in a “Jersey Boys”-style show that brings a new twist, shake, rattle and roll to the classic hits of The KING!”

Twin Cities, Minnesota rapper Carnage is coming to Milwaukee for the Bud Light concert series at The Rave. In 2012 he was named one of the “Top 20 best Minnesota rappers” by City Pages. Carnage is also known for his beat boxing ability as well as his producing skills. Producing for artist such as G-Eazy, Kyle, Riff Raff, Skizzy Mars, Carnage has credits for many well known songs.

First appearing on the music scene in 1982, Queensryche released their self-titled premier album and gained international attention. Since the bands appearance on the rock scene Queensryche has gone on to sell 30 million albums worldwide and have earned multiple Grammy nominations. With the new album Condition Human the band is coming to Milwaukee to shake the stage and have audiences wanting more.

Some of the most legendary artists will be performing some of Jimi Hendrix most popular songs in celebration of the artist. Two nights and more than 13 guitarists this will be an event you do not want to miss.

For anyone familiar with the show Malcolm in the Middle, They Might Be Giants wrote and performed the theme song “Boss of Me.” An alternative rock band from Brooklyn, TMBG started out as a duo using only a drum machine, but eventually grew to a full band. With 52 new songs created in 2015, the band also created DialASong.com which is a website that TMBG posts new music and videos every week. Releasing two new albums and a mega-box set, the performance will definitely have new material for audiences to get a taste of the new albums. Show is 14+ only.