The topic was vexillology — the study of flags — and a recent Ted Talk on this subject saved Milwaukee as as the absolute worst example of a city flag. “Nothing can quite prepare you for one of the biggest train wrecks in Vexillological history,” declared Roman Mars, to the audience’s laughter.  “Are you ready? It’s the flag of Milwaukee, Wisconsin.”

“It’s a kitchen sink flag,” continued Mars, an expert who has edited a scholarly journal on flags. “There’s a gigantic gear representing industry, there’s a ship recognizing the port, a giant stalk of wheat paying homage to the brewing industry. It’s a hot mess.”

Mars was joined by Milwaukee resident and graphic designer Steve Kodis, who wants Milwaukee to adopt a new design for its flag. Kodis noted that the flag was created in 1955, and Mars and him marveled at the result:

Mars: “The city ran a contest and gathered a bunch of submissions with all kinds of designs.

Kodis: And an alderman by the name of Fred Steffan cobbled together parts of the submissions to make what is now the Milwaukee flag… It’s really awful…

Mars: But what puts the Milwaukee flag over the top, almost to the point of self-parody, is on it is a picture of the Civil War battle flag of the Milwaukee regiment.

Kodis: So that’s the final element in it that just makes it that much more ridiculous, that there is a flag design within the Milwaukee flag.

The Milwaukee flag, a collage of symbolic images representing various parts of Milwaukee’s history on a baby blue background, probably couldn’t be recognized by 99 of 100 city residents and isn’t flown all that much. Steffan took what he believed to be the best six designs, and combined various elements of each in order to create the flag. In 2001, another contest was held to try and establish a new design for the flag. Over 105 submissions were received, yet the Milwaukee Arts Board concluded that none of the submissions were better than the current flag.

Mars explained there are five principles to good flag design according to the NAVA (North American Vexillological Association):

It seems safe to say Steffan was not aware of these principles.

Kodis, who attended UW-Milwaukee and graduated in 2009 with a Bachelor of Fine Arts in Graphic Design, had been researching flags when he looked up Milwaukee’s out of curiosity. “I cringed a little bit,” Kodis says.

Kodis contacted Ted Kaye, a representative of NAVA, the North American Vexillological Association. Kodis originally wanted to propose a redesign of the flag himself, but Kaye suggested that a political issue should be resolved democratically. Kodis then decided a contest would be held once again in hopes of changing the flag. Kodis believes this contest has a better chance of succeeding.

“The biggest difference is that we have the power of social media and the power of a tightened community here where I’ve been having a lot of conversations with organizations that have a voice,” he notes.

While Kodis is paying for this project out of his own pocket, he is working with Gravity Marketing LLC to hopefully connect with a non-profit agency that will help with getting sponsors and getting the funding required for projects such as the manufacturing of the flags.

The contest has called for submissions from artists from October 1st until November 30th. There is no entry fee and anyone can submit, even if they aren’t a resident of Milwaukee. Kodis suggests artists consider using some of what is on the Milwaukee flag, but simplifying it.

“Our current flag, while it is very busy, there are a few things that I believe are very ‘Milwaukee’. The baby blue, the yellow golden rod color. Those colors instinctually feel ‘Milwaukee’,” Kodis says.

Kodis suggests focusing on just one of the many images the current flag has, such as the barley leaf representing Milwaukee’s many breweries, or the gear representing industry.

During his Ted Talk, Mars suggested drawing a one- by one-and-a-half inch rectangle on a piece of paper and then fitting a design inside of it.

“A 3×5 foot flag on a pole 100 feet away looks about the same size as a one- by one-and-a-half inch rectangle seen about 15 inches from your eye,” Mars said.

The contest will be judged by Kodis himself and Kaye, who will either be flown in from Portland or will participate through online means. After three-to-five finalists are picked, Kodis plans to open up the final judgement to the public. His plan is to then start manufacturing the flags and build the public’s interest. He wants to do this “by tapping design-minded, local businesses, trying to get it to them first, so people start seeing it.”

Kodis will name the winner “the People’s Flag of Milwaukee,” since it won’t be official at that point. He hopes that after generating enough public interest, the Common Council will accept it as the new official flag.

“What this is about is giving Milwaukeeans a reason to unite and rally under a symbol,” Kodis says. “I’m so passionate about this city, and I believe that we deserve so much better, and we can have something so much better. We the people have a voice, and if we think (the flag) is not worthy of our pride, then we should change it.”

To submit a design, head over to www.milwaukeeflag.com.

Turns out their is quite the controversy over what the real flag even looks like. As an active debate on Facebook and in our comments section has pointed out, the version we originally shared with this article is actually a knock-off of the original.

If you look closely at the flag above, versus the original version below you can spot a number of differences. Most notably,  the iconic Milwaukee City Hall tower appears to have been substantially value engineered. Kudos to Matthew Prigge who was the first to point out this issue, as well authoring an article on the topic in July.

Confused? Even City of Milwaukee appears to be. In an article in defense of the flag on OnMilwaukee.com, Public Relations Supervisor Dustin Weis shows a photo of the updated, illegitimate flag inside the Milwaukee City Council chambers. – Jeramey Jannene 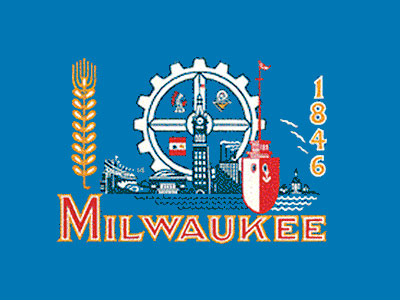 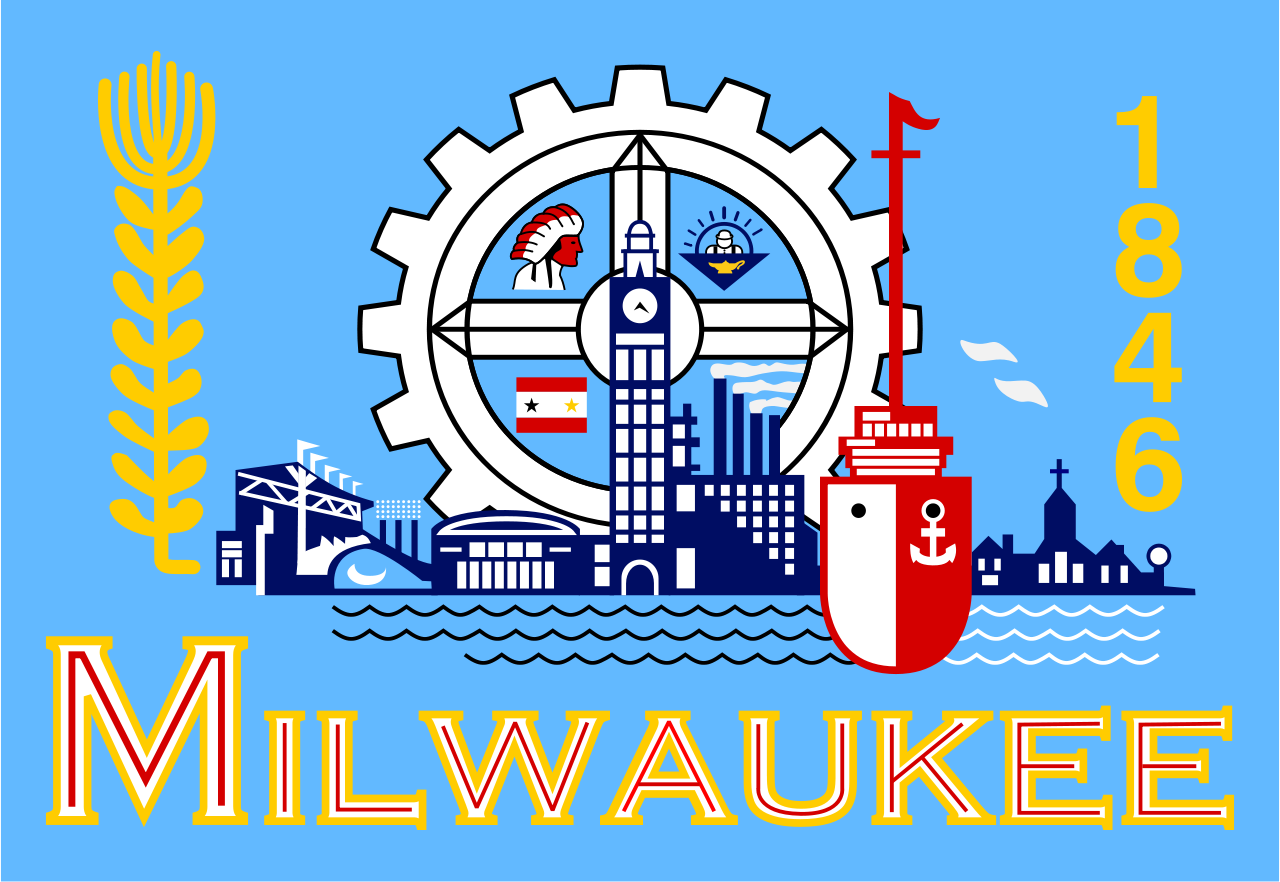 The “official” flag of the City of Milwaukee.

26 thoughts on “The Worst City Flag in America?”