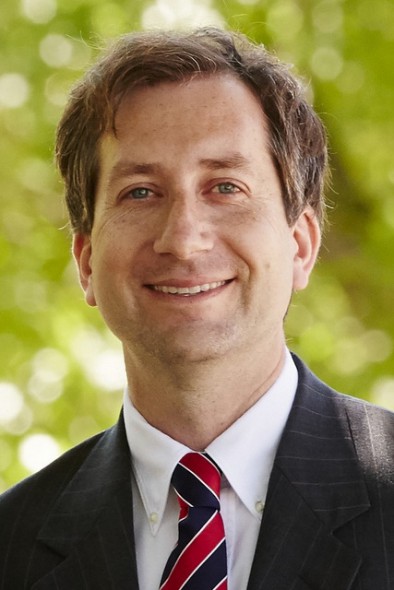 The growing push to make Milwaukee a water hub continues to win converts. The latest example: the Marquette University Law School’s decision to create a Water Law and Policy Initiative and to appoint David Strifling as first director of the program.

The move is partly a response to Marquette President Michael R. Lovell’s call for greater engagement by the university with matters involving water. It is more directly the result of Marquette’s Strategic Innovation Fund, a process that called for Marquette students, faculty members, and staff to submit their ideas for Law School programming to Marquette University’s $5 million “Beyond Boundaries” strategic plan. The initiative was one of 38 projects led by Marquette faculty, students and staff across a variety of disciplines that won funding, seven of which involved water.

Indeed, officials at MU seemed to take see the issue as a universal one, a case of water water needed everywhere.

“Ensuring the availability of clean water is one of the most pressing issues we face as a society,” said Jeanne Hossenlopp, Vice President for Research and Innovation at Marquette, hailing Strifling’s appointment.

Joseph D. Kearney, the ever-busy Dean of Marquette University Law School, offered a more expansive take on the water issue: “As we observe the course of events in California and other parts of the world, it seems difficult to imagine a problem more intractable or more universal. Indeed, Pope Francis recently cautioned in an encyclical that water is ‘a fundamental right,’ and he called for all interested parties to engage in ‘an open and respectful dialogue’ about relevant policies and laws. The Water Law and Policy Initiative aims to help the Milwaukee area in water based research and governance issues.”

Strifling, originally from Kenosha, completed his undergraduate’s degree at Marquette in the Opus College of Engineering. He graduated in 2000 with a Bachelors in Civil and Environmental Engineering. He started off classified as a mechanical engineer, but had a change of heart when a professor who worked in environmental engineering came in to his “Intro to Engineering” class to talk about Milwaukee’s efforts to upgrade its treatment equipment after the cryptosporidium outbreak in 1993.

The professor ended his speech memorably: “There was a water fountain in the room, and he went over and very dramatically filled up a cup and took a drink,” Strifling recalls. “That really affected me. I thought it was a really interesting presentation, so I majored in Civil and Environmental Engineering.”

Strifling got his first job outside of college as an engineering consultant for Graef, a full-service engineering consultant firm in Milwaukee. It was here that his interest in water issues began. At Graef he designed wastewater treatment plants and water and waste water utilities. At the same time, he took night classes at the Marquette Law School part time.

“That was challenging. I was single back then. I was working during the day and taking classes at night,” Strifling says.

Strifling graduated from the Marquette Law School in 2004. He then did a clerkship on the Wisconsin Supreme Court for a year. After that he went into private practice at Quarles & Brady, Milwaukee’s second-biggest law firm, until 2009, the year that Strifling first became interested in teaching. Strifling then began yet another academic journey and went to Harvard for a year to get his Master’s degree. After he graduated from Harvard, he taught for two years at Temple University in Philadelphia.

Strifling then had the choice between taking a full time teaching position in Miami or coming back to Milwaukee to work at Quarles & Brady and teach as an adjunct professor for a couple of classes per year at the Marquette Law School. Strifling, now a husband and a father, decided that moving back to Milwaukee was best for his family.

The Water Policy Initiative, before its current expansion, consisted of just a handful of water law courses for students to take. Now there is policy work, research work, internships for students, and engagements with outside research entities such as the UW-Milwaukee’s School of Freshwater and Sciences.

One issue that affects northern cities, especially Milwaukee, is an excess of chloride being delivered to waterways. Too much salt is being applied to roads, sidewalks, and parking lots during the winter, and as a result, when it rains or when the snow melts, the salt eventually makes its way to waterways. While public safety is a concern and can require the application of salt, the Water Law Policy Initiative aims to develop environmentally safe ways to salt the city.

“You’ve got to look at alternative policies. One could be ‘green infrastructure’, which is making swales or grass buffers on the sides of roads so that it takes up some of that (salt) before it gets to the waters,” Strifling said.

Another major issue that Strifling hopes to have a project for soon is the problem of invasive species, such as Asian Carp and Zebra Mussels, threatening the Great Lakes. Though he’s just getting started, Strifling has big plans to make his new institute a leader in helping assure that metro Milwaukee has consistent access to clean water and continues to be the “fresh coast” city its been dubbed by Mayor Tom Barrett.