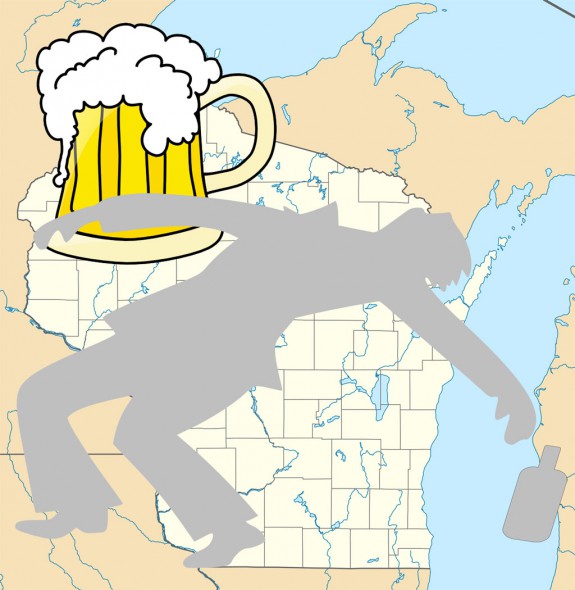 Wisconsin is on track to spend more than $1 million this year giving drunks rides homes, so they won’t kill or injure themselves and others while driving. And, Wisconsin taxpayers, it’s not your tax money being used.

“There’s no other program like SafeRide in the country,” says Pete Madland, executive director of the Tavern League of Wisconsin. “Nothing even comes close.”

Madland says SafeRide has definitely saved lives and is a major reason for the 50 percent drop in the number of alcohol-related deaths from vehicle crashes statewide – from 326 in 2004 to 162 in 2014.

State Department of Transportation (DOT) figures show an explosion in the program’s statistics in recent years:

*Last year, SafeRide provided a record 82,317 rides to those that bar owners, bartenders and friends insisted were too impaired to drive. That was a 26 percent increase in just three years.

The numbers were far smaller for Milwaukee, where there were 624 Saferides last year at an average cost of $15.80, according to DOT figures.

DOT figures also show a huge statewide variance in average cost of the rides. Last year, for example the average SafeRide in Polk County cost $2.98, and in Wood County, $3.24. But, the average ride cost 10 times that – $33.72 – in Oconto County.

The costs of rides home in more rural areas can be higher, he notes, because the intoxicated person has to be taken a longer distance and rural communities may not have a taxi service.

In areas without public transportation, Madland says, bar owners and bartenders look for a “good Samaritan” who is sober and willing to drive the impaired person home for a negotiated fee. That fee can vary widely.

The 62 local tavern leagues “create their own rules” that govern reimbursements for SafeRides and how often someone can use the program, Madland adds.

Some local tavern leagues are willing to let someone who is impaired use the SafeRide program as often as needed, reasoning that every ride “takes a drunk off the road,” Madland notes. But other local leagues put limits on how often someone can use SafeRide to be “taken back to mommy’s house.”

“The philosophy is different from program to program,” Madland says.

Asked how abuses are prevented, including preventing someone from making a lot of money by driving a relative or best friend only a few blocks home, Madland says, “Every ride that is given crosses my desk.”

SafeRide’s success is part of a larger ongoing debate in the Capitol: Should first-offense drunken driving be a crime?

Wisconsin is the only state where first-offense OWI is a civil violation, although Republican Rep. Jim Ott and Democratic Rep. Terese Berceau are cosponsoring a bill that would make it a misdemeanor crime punishable by both fine and jail term.

Other DOT figures document progress in fighting drunken driving, although everyone concedes that it remains a problem for Wisconsin:

*Both OWI arrests and convictions dropped by more than one-third between 2004 and 2014.

Madland said the Tavern League opposes making first-offense OWI a misdemeanor, because Wisconsin’s civil penalties – including suspension of driver’s licenses and high fines and forfeitures – are tougher than in many other states that consider it a crime.

But Ott says there’s still problem and points to this statistic: Almost every other day in Wisconsin, someone is killed in an alcohol-related crash.