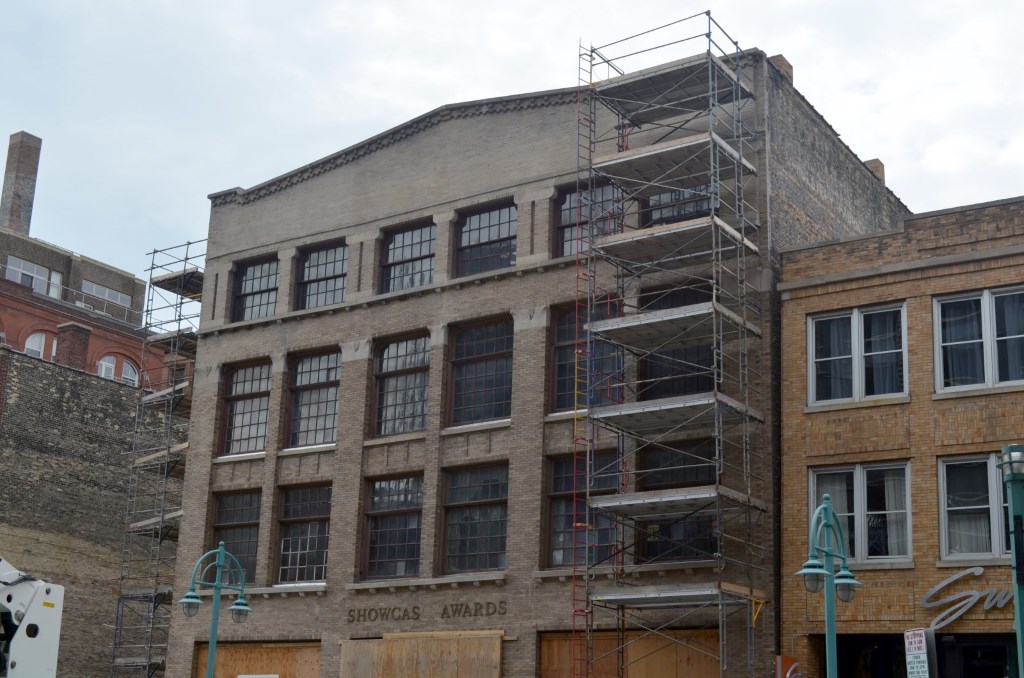 Almost a year ago, my colleague Michael Horne reported that the historic Martin Building would be converted into 15 apartments and two retail spaces. The project, including new windows and balconies, was approved by the Historic Third Ward’s Architectural Review Board last November. As our photos attest, the conversion is well underway.

Horne reported that the four-story, 28,800 square-foot building, located on 211 N. Broadway in the Third Ward, is being renovated under the direction of Engberg Anderson. The general contractor for the project is Kelly Construction & Design and the property manager is Siegel-Gallagher. The project’s designer, Eric Ponto of Engberg Anderson, said they are “restoring the retail façade into its original glassy state, replacing existing wood sash windows with modern, operable counterparts,” creating 15 underground parking spaces and adding an accessibility ramp on the street side. They will also be adding 21 new windows as well as balconies, which will be projected onto the south and west walls of the building so more light can shine into the bedroom units.

Margaret Martin has owned the building since 2009 and is the project developer. Martin is the granddaughter of Robert and Patricia Kern, who have an athletic facility named after them (the Kern Center, part of MSOE) at the north end of Broadway. As she told Urban Milwaukee, “I fell in love with the building, and I love Milwaukee. I will never leave… I plan to give it some TLC, and give something back to the community.”

The Martin Building, originally named the G. Patek Warehouse, was designed by prominent Milwaukee architect Alexander Eschweiler. Its first tenant was the Columbia Knitting Company, whose ghost sign can still be seen on the south side of the building. It has since welcomed many other tenants including Northwestern Coffee Mills, Milwaukee’s first gourmet coffee purveyor which opened in 1970 and is now gone, as well as Hot*Pop and Showcase Awards, both of which have moved to other locations in the neighborhood.

The project is across Broadway from another project under construction, the Kimpton Hotel. Changes keep coming to the Third Ward. 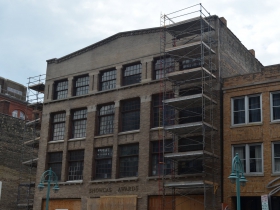 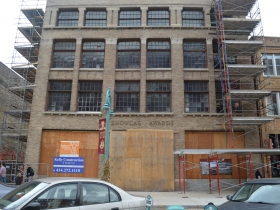 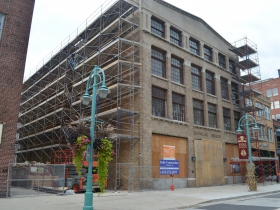 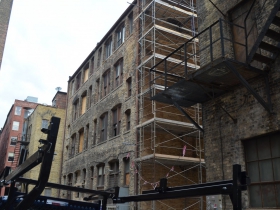 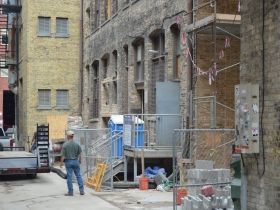 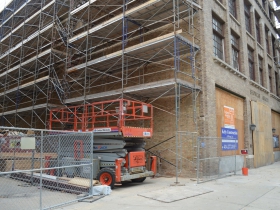