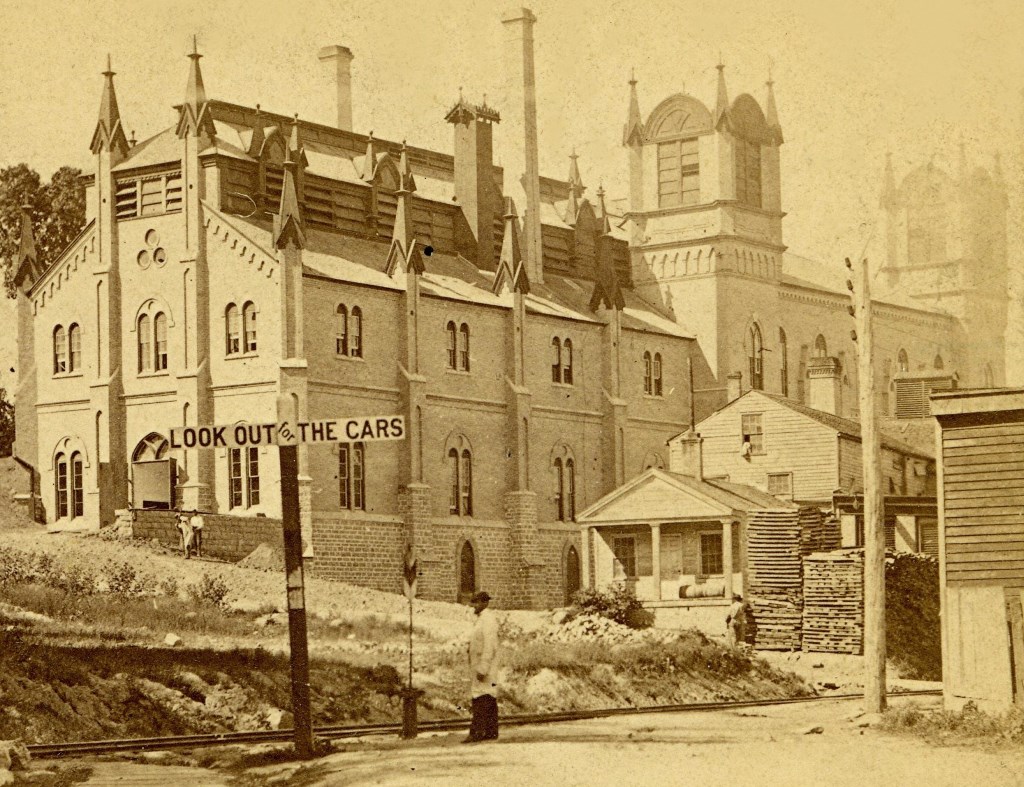 The Melms Brewery, as we wrote last week, was the first in Milwaukee to serve German lager beer, and the first to become a huge success.  This photograph of the brewery, located in the Menomonee Valley, was taken by local photographer William H. Sherman around 1869, the last year it was owned by Charles T. Melms. The new railroad track is in the foreground, and the sign’s warning to “look out for the cars” is referring to railroad cars. The railroad was a great help to the brewery for shipping beer.

Note the fine gothic design on the complex building, far more elaborate than any church in Milwaukee at that time. The left section is the brewhouse while the taller section to the right was used for storage. The Melms mansion we saw last week is located behind these buildings.

The brewery was sold not long after this due to a freakish accident. Melms pierced his hand with a needle and would die from an infection, probably tetanus. Melms widow was left with the indebted brewery and seven children, all too young to take it over. But she would find a ready buyer – the Phillip Best Brewery, then run by Captain Frederick Pabst. The brewery and mansion would be acquired in a life-long lease which later would be contested.

Coincidentally Phillip Best also passed away that same year but the brewery was already owned by son-in-laws Frederick Pabst and Emil Schandein. Pabst was married to Maria Best and Schandein to her sister Lisette Best. The two couples owned the entire Best brewery and the Schandeins would move into the Melms’ former home. They had taken over everything left by Melms.

Next week the story continues.