Its mini-store in George Watts building creates a trinity of wedding-related stores. 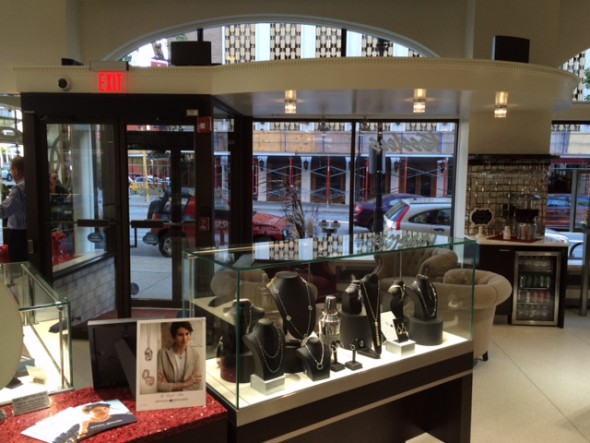 Kesslers Diamonds celebrated the grand opening of their new downtown location in the historic George Watts Building on Friday.

Richard Kessler, the founder of Kesslers Diamonds, calls the new location a “mini-me” store, because it is not a freestanding building like the rest of the companies locations, and at 2,200-square-feet the space is considerably smaller than their normal 5,000-square-foot stores. It’s the first of its kind for Kesslers, but not the last.

Kessler plans to open five more mini-stores over the next seven years, as part of what the jewelry chain’s founder calls an “aggressive expansion.” The company is poised to open those locations in Green Bay, Pleasant Prairie, Grafton, East Madison and East Grand Rapids. This expansion is expected double the size of the company, which currently has annual sales of about $30 million a year as Kessler told the Journal Sentinel.

Kessler says that he coincidentally received an email from Sam Watts, the CEO of George Watts & Son Inc. the day after he mentioned the idea of opening a downtown location to his board. Only a few days after the email, he toured the location and decided it would be his long-dreamt downtown location.

The new Kesslers store, located on the corner of E. Mason and N. Jefferson streets, has created a trinity of wedding-related dealers in the George Watts building. If a customer walks into the new Kesslers store through the E. Mason St. entrance, they can walk straight through to Zita Bridal salon for a dress, and then on to Watts and Son Inc. for a wedding gift.

“We kept in mind the history of the building,” Kessler says of the remodeling done. The 90-year-old George Watts building, which has been a fixture in downtown Milwaukee since 1925, saw its first floor gallery on the corner of Jefferson and Mason undergo significant “historically respectful” renovations, Kessler says. The store was built around two pillars in the center of the gallery and a staircase in the back of the shop that were part of the original building. The naturally well-lit interior, which was previously home to Delind Gallery of Fine Art, features large arched windows lining the store. The new interior features a bold red, white and grey color scheme, which is accented by all the natural light.

The “sentimental covering” of the original walls was torn off for the installation of the new white and red walls of the Kessler diamond store, Kessler says. He also opted for the more expensive terrazzo flooring instead of tile while replacing the original floor, again to respect the history of the building, he says. Remodeling for the store began in July.

“I’m still kind of in shock with how all this happened in 90 days,” Kessler says.

Kesslers Diamonds is planning to run another addition to its long string of radio ads, advertising the new downtown location. Kessler spends nearly  $1.5 million every year on advertising.

Sales staff said the store saw a lot of foot traffic after it opened at 10 a.m., and Kessler says people from the neighborhood and surrounding shops stopped by to offer congratulations.

The sales associates at the new downtown location assured Urban Milwaukee that the environment customers have come to expect from Kesslers would remain the same. Kessler and his staff all mention the casual experience customers have when they enter any of the stores. He proudly notes he has done away with the “elevator music” that rules the jewelry stores of Wisconsin. The sales associates said they were dressed-up from their usual more casual attire, which has at times included sandals, for the opening of the new location. One sales associate shared a story of a Kesslers employee who once came to work with a tie on, only to have it cut-off by Kessler himself. Kessler himself was sans tie for the downtown store’s opening day, and talked about how he hit on having staff dressed casually.

“I thought to myself, ‘If I’m a customer what don’t I like’,” Kessler says, and he concluded he didn’t like the normally “stuffy” sales people you encounter at jewelry stores.

Kessler also has structured his business as an employee-owned company, which he says has helped in recruiting employees.

The downtown store, which will maintain Kesslers emphasis on selling diamonds and engagement rings, is unveiling a new addition to their line up with a number of pieces of high-end-fashion jewelry they aren’t selling at their other locations. Kessler says customers can still count on their product warranty, which he had “set in stone” on a large granite slab and hung on the back wall of the shop. The warranty, which Kessler calls “The best in the whole wide world,” features a lifetime protection on any diamond lost from an engagement ring including a center stone, and free maintenance. However, the warranty does not protect lost or stolen jewelry.

Kessler says he spent 11 years failing when he first got into the jewelry business, because he was trying to be like other jewelry stores. He decided to look at the jewelry business from the customer’s point of view, and realized he didn’t like the “stuffy” jewelers “looking down their nose” at customers. This was the impetus for Kessler’s idea of how to transform his approach. The dressed-down sales associates, the poppy music and the warranty that have become trademarks of Kesslers can all be found at the new downtown location. 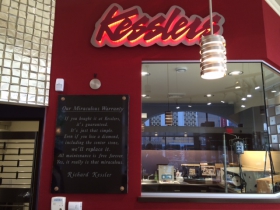 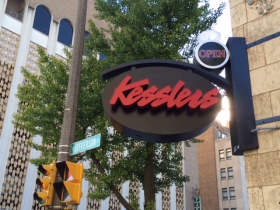 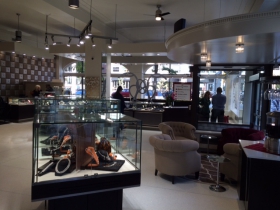