Transformation of Building 29, a former Pabst bottling house, is well under way, as our photos show. 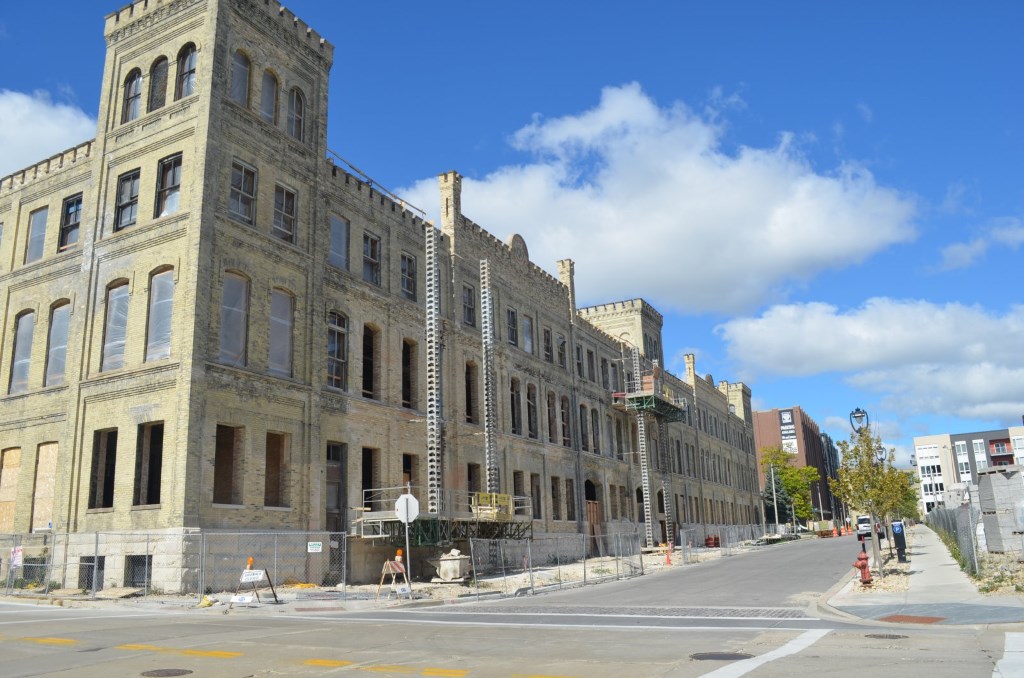 Building 29, the former Pabst Brewery Bottling House, is being transformed into apartments for university students, and our photos show that the renovation is well under way. The building is being renovated under a partnership between Blue Ribbon Management and Zilber Property Group.

Zilber bought the entire former brewery in 2006 and Blue Ribbon Management has been involved in a number of projects in the complex including the Pabst Professional Center and the Brewhouse Inn & Suites. Blue Ribbon Management specializes in the use of EB-5 financing, which allows foreign nationals to obtain green cards in exchange for job-creating investments in targeted areas. To achieve the job creation goals, projects like this become student apartments with a staffing contingent as opposed to traditional apartments with no on-site staff. Similarly, the Brewhouse Inn & Suites is a hotel as opposed to an apartment building.

Building 29, located on the southeast corner of W. Highland Ave. and N. 10th St., was originally constructed in 1889 as a bottling plant for the Pabst Brewery. It served in that capacity until December 1996, when the Pabst Brewing Co. abruptly shuttered the brewery. It has remained vacant and in disrepair ever since then.

The 237,000 sq-ft building is being renovated in a historically sensitive manner for up-to 400 international students attending local universities. There will also be a small number of extended stay hotel rooms for visiting parents, relatives and professors. The building will also include offices, dining services, fitness rooms, study lounges, laundry room and retail spaces.

Michael Kelly, Vice President of Blue Ribbon Management LLC, said in a press release that he and his company are partnering with architecture firm Hammel Green & Abrahamson Inc. (HGA) for the project. HGA architect Jim Shields and general contractor KM Development Corp. (a Zilber subsidiary) are directing the project. The Scion Group LLC, a property management company specializing in student housing, will serve as the project operator. The Wisconsin Economic Development Corporation and Milwaukee Metropolitan Sewerage District are providing grant funding. In terms of the restoration, Kelly said that they are “following the guidelines established for historic preservation by the National Parks Service, the State of Wisconsin and the City of Milwaukee Historic Preservation Commission.” The building will be ready for students in the fall of 2016.

“We think this new, yet historic facility will make a positive contribution to the well-being of our community and its ability to attract students and educators from throughout the world who will hopefully choose to live, work and invest in Milwaukee after they have completed their educational pursuits,” said The Brewery Project LLC President John Kersey in the press release. 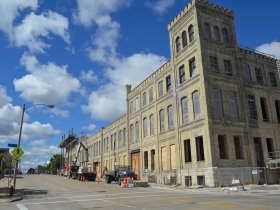 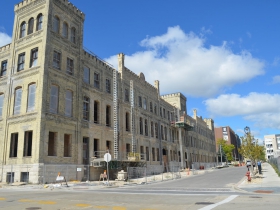 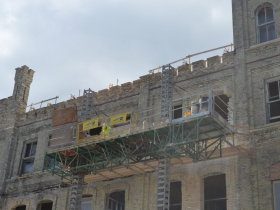 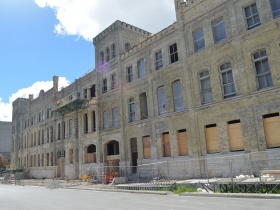 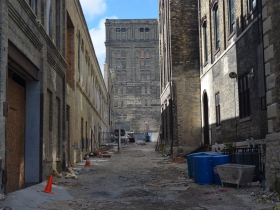 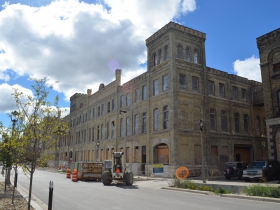