A Shelter For Women Caught in Sex Trade 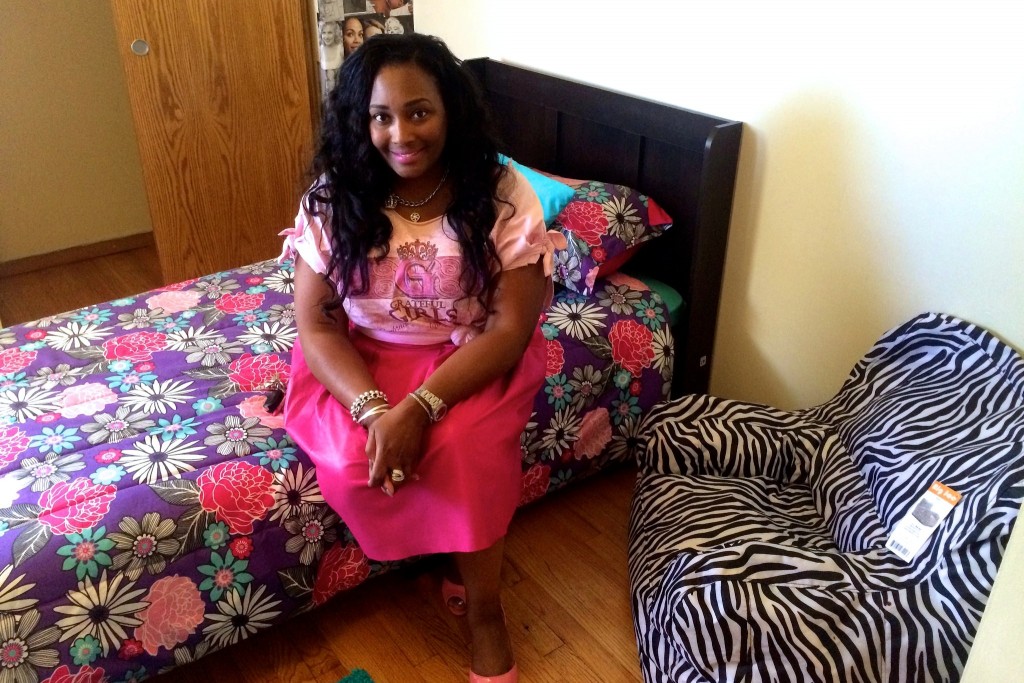 Inspirational quotes fill the wall by the staircase and sit in decorative frames on shelves in the living room. Bright pinks, blues and golds add pops of color on bedspreads, rugs and tablecloths. Fresh flowers are in a vase on the kitchen counter and printed on the pillows in the living room.

For the young women staying at the Grateful Girls Safe Haven, it may be the first time that they truly feel at home.

“Every day their life resembles one like anyone else who lives in a house with a family… When they walk in and out every day, they see motivation,” said Chandra Cooper, the founder and executive director of Grateful Girls Safe Haven.

This kind of environment is not what the residents are used to. The young women, ages 15-21, are transitioning out of the sex trade in Milwaukee.

“All the girls that come into the house have been a part of some kind of sex trafficking,” including prostitution, Cooper said. 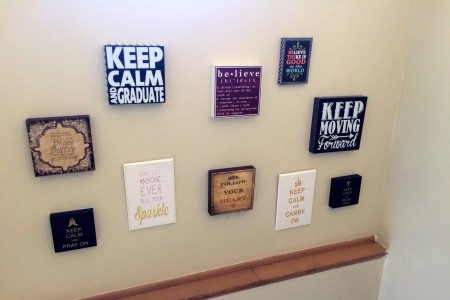 The group home is decorated with encouraging messages. Photo by Allison Dikanovic.

Grateful Girls Safe Haven, a state-licensed group home, is the first residence catering to this specific population in Milwaukee County. Since it opened in July, its six beds have consistently been full. Right now, all of the girls who stay in the home are in high school. They are referred to the home by the state and are able to stay until they are 21, but Cooper predicts that most will leave at 18.

“There is a housing need for this type of care, and that’s why we’re doing what we’re doing… While there are different group homes, this is a specialized population. They can’t just live anywhere,” Cooper said.

Cooper said that she has had a vision for creating the shelter since 2009.

“I used to be a crime beat television reporter, and I saw a lot of things. I really wanted to mentor and give back to girls and women in the community,” she said. Cooper also felt a personal connection to the issue. Though she grew up under the care of her mother and grandfather, Cooper said that her father was a pimp, and that has remained in the back of her mind. She says that this home is a way of bringing things full circle.

Milwaukee is considered a hub for human trafficking by politicians and community activists well versed on the problem. About 80 percent of the human trafficking cases reported in Wisconsin occur in the city of Milwaukee, according to the Human Trafficking Task Force of Greater Milwaukee.

“It’s so prevalent. It is a true issue,” Sen. Lena Taylor said. Taylor visited Grateful Girls Safe Haven along with Lt. Gov. Rebecca Kleefisch recently to learn about the work being done there and how the state can further support it so more young women may be served.

“The idea for their time here, besides obviously being a safe place for them to be, is that we are giving them the skills, the confidence, the decision-making abilities, the critical thinking skills, to be able to get away from us. We kind of want to work ourselves out of a job and have them be prepared to go live as successful adults,” said Latoya Newsom, the Grateful Girls public health specialist.

One of the primary goals of the organization is to create a stable environment for the residents.

“When you’re in the sex trade, you don’t know where you’re going to be each day,” Cooper said.

Grateful Girls also has a community resource center on 26th St. and Lisbon Avenue that is open to the public, and the organization is hoping to expand its housing services in the near future to reach more women who are vulnerable to trafficking. Cooper said she plans to open up a residential support facility for girls ages 12-18 and a transitional boarding house for girls over 18 who are no longer required to be involved in a state program but still seek supportive housing opportunities.

The staff of Grateful Girls Safe Haven is dedicated to showing the girls unconditional love, which they may not have felt in the past, Newsom said.

“When you’ve engaged in this lifestyle or you were living on the streets, you’re used to everything being a transaction, and that’s what we try to get away from here,” Newsom said. “There are rules of the house and things you have to do, but guess what? We’re still going to be here for you.”