Will Pulaski and Carmen Schools Partnership Get Okay?

Supporters say it could improve Pulaski's poor results, but teachers union and some board members may resist. 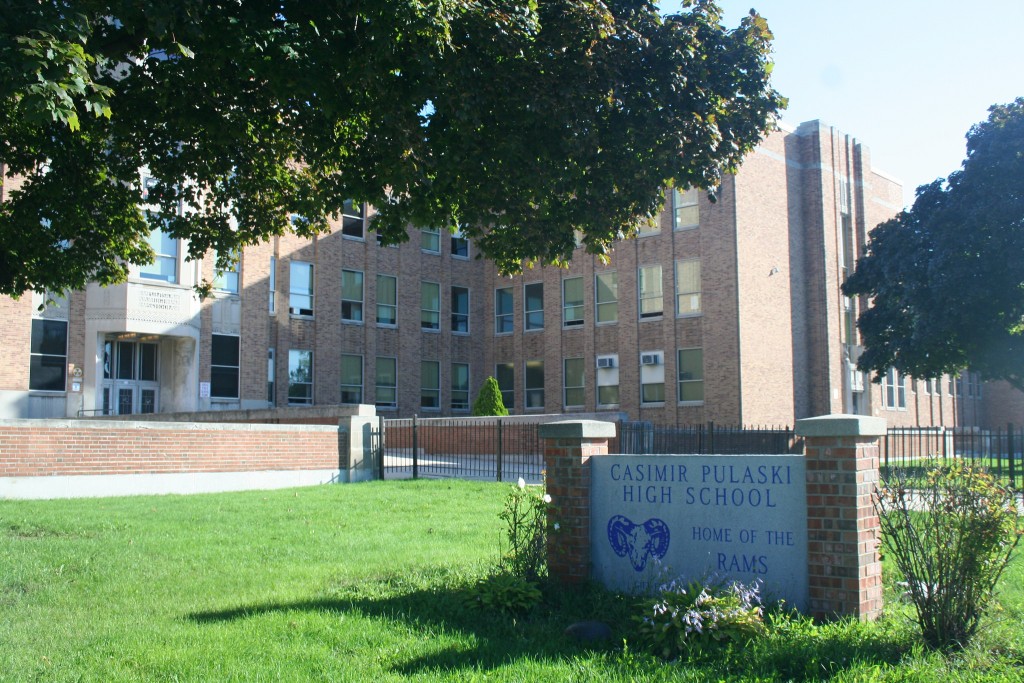 Milwaukee Public Schools is considering a “knowledge exchange” partnership between a charter school and one of the district’s traditional public high schools. MPS has held three meetings to solicit community feedback on the idea, which would expand the Carmen High School of Science and Technology’s highly sought-after program into Casimir Pulaski High School, where both institutions would operate side by side.

The proposal, which was expected to go before the board during its Sept. 24 meeting, did not garner a vote. MPS Board President Michael Bonds and Superintendent Darienne Driver released a joint statement saying, “more work remains to engage the community around this potential partnership” before the item is considered at next month’s board meeting.

The idea of a “knowledge exchange” is also being explored in Houston, where Spring Branch Independent School District has partnered with KIPP Houston and YES Prep, two charter networks, at two different middle schools since 2012. The initiative has seen some early success.

Carmen South is a non-instrumentality school chartered by MPS that was recently named the most challenging high school in the state of Wisconsin by the Washington Post. Carmen also has a campus on the northwest side. Pulaski, a traditional public school, is a mainstay on Milwaukee’s South Side but has increasingly struggled with student performance and retention. MPS is under pressure to raise student achievement because of recently passed state legislation that could turn low-performing schools over to charter or voucher school operators. 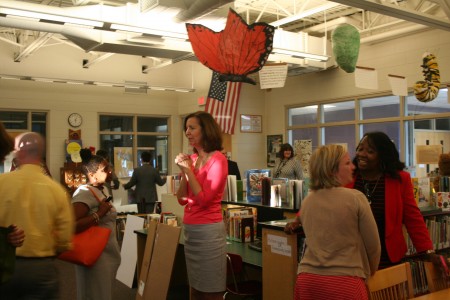 MPS spokesperson Tony Tagliavia said the district is working to improve reading and math achievement and graduation rates, particularly in high schools, and noted efforts to explore different strategies to improve schools are underway. “I would see this as a component of that overall effort.”

Tagliavia said Pulaski and Carmen were chosen because they “have the right assets to be a potentially strong match.” In January, the MPS board approved 800 additional seats, over time, for the Carmen South campus. This proposal would put 200 of those seats at Pulaski next year.

Carmen’s south campus, which has 350 students, had a four-year graduation rate of 68.3 percent in 2013-14. However, more than 95 percent of its students graduate in five years, despite graduation and advancement criteria that exceed Wisconsin Department of Public Instruction (DPI) standards. Ninety-seven percent of Carmen’s student body is economically disadvantaged.

Pulaski, where 63.6 percent of 1,560 students graduated in 2005-06, has taken a turn for the worst in recent years. By 2013-14, Pulaski’s enrollment had dropped to 1,164; the school was graduating only slightly more than half its students; and almost 11 percent of students dropped out. The school received a score of 28.7 out of 100 on the DPI school report card in 2011-12, a number well below the benchmark for failing schools.

“I think it would be fantastic, really fantastic,” said Pulaski parent Jill Czubinski of the potential partnership. She added, “This is just crowd control, sometimes, here and it’s kind of sad to see that … the students … they’re kind of slipping through the cracks.”

Czubinski said her son, a junior, has been disengaged in class because he isn’t challenged enough. Omayra Rivera, another parent, said her son is bright but rarely is given homework. Both agreed more rigorous courses and more personal attention would likely benefit their children (Carmen’s student to teacher ratio is 10:1, compared to 25:1 at Pulaski).

“To me, it’s the logical next step,” said Carmen Schools head Patricia Hoben. She sees charter schools as a model that allows innovation.

“I always want to see, in any system, when things are working … how do we get them working somewhere else?” Hoben said. “I think the closer we are, physically, to an MPS school … there’s a lot more communication that can happen.”

MPS District 7 Board Representative Claire Zautke, whose district includes Pulaski, added, “We’re always hearing from parents and families that we need to be actively and really vigorously pursuing expanding the number of high-quality seats that we can provide, especially at the high school level. And, I think that this is really an opportunity to do that.”

The fact that Carmen is a non-instrumentality charter, which means the school can hire teachers who are not part of the Milwaukee Teachers’ Education Association (MTEA), is “something that defines them, to a certain degree,” Spang acknowledged.

Though the proposal may be controversial with the teachers’ union and certain board members, Spang said the district is “trying to not get too bogged down by that issue.”

She added, “This is really for the benefit of students … and we think that this model is a way to potentially [improve achievement] and do it at a quick rate.”

Friday, MTEA President Kim Schroeder stated via email, “Pulaski stakeholders need many more details about this plan, including specifics on how it will help Pulaski students succeed.”

Lolita Patrick, Pulaski’s new principal, sees the move as a positive. “It’s an opportunity for students really to collaborate with two different schools,” said Patrick, who mentioned the possibility of “class-sharing.”

“Everyone knows that Carmen has had great success … so to be able to emulate that success that they have but … at a comprehensive public high school would be a great opportunity,” Patrick added. “My goal is for my children to be successful.”

Artavier Davis, 18, a former Pulaski student who is finishing his degree at James E. Groppi High School, said he thinks the partnership “probably is a good idea” because Carmen would set a good example. At the same time, Davis, who works third shift as a heavy machine operator and wasn’t able to graduate last year because he was “moving around a lot,” said he worries low-performing students would feel intimidated and simply move to another school.

According to Zautke, when the administration came to her with the idea she said the partnership would have to happen “in a way that is respectful of our students and families (at Pulaski) and in a way that really invests in them.” She said Pulaski students could benefit from expanded programming, added staff or more resources for current staff.

If the school board approves the proposal, it would roll out next year with the goal of having two high-performing, 800-student programs at the location in four to five years. Spang said that if it succeeds, MPS would consider replicating the model. She added that the effort would be studied, either internally or by independent researchers.

Hoben is interested in the impact a knowledge exchange of this sort could have on the entire public school system. “Are there things that are transferable (from charter to traditional schools)? And, if they’re not because of certain obstacles around policies and procedures, then let’s figure that out,” she said.