Poets have described themselves as society’s extremes – poetry is “the armpit of literature,” one said, given how ignored they are by the popular culture; no, poets are the “saints of literature,” said another, pondering how careful arrangements of words and experience can reveal life in terms more moving than novels or other popular literary methods.

What does the general theater public think when presented a major play devoted to intense letters exchanged over 30 years by Pulitzer Prize winning poets? There is an expectation, formed by both pulp fiction and TV soap opera, that passion in the form of sexual encounters and domestic entanglement must be at the center. We expect something like “Love Letters,” a popular vehicle for celebrity couples, or a tale like “The Barretts of Wimpole Street” where passionate poet Robert Browning steals delicate poet Elizabeth Barrett away from her domineering father.

“Dear Elizabeth” will confound expectations of the ripped bodice form of romance. These two poets met only briefly over the decades and where once or twice it may have been in drunken physicality, that is not the human intimacy of man and woman that playwright Sarah Ruhl rightly confers on her 2012 work, drawn with pertinent compression from “Words in Air: The Complete Correspondence Between Elizabeth Bishop and Robert Lowell.” 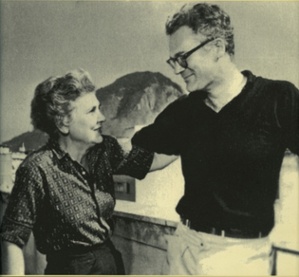 Even their poetry was quite different. Elizabeth Bishop (1911-1979) made her mark with minimal output and a sense of pristine privacy and observation. Robert Lowell (1917-1977) roamed through all meters and methods becoming most famous and controversial for an intimate confessional free-form output, which Bishop in the letters both admires and faults. They considered the other their best friend though Lowell once mused that they seemed connected by a thin wire that moved the other away geographically whenever they strayed close. But what a tight and sometimes tense wire the letters reveal.

As Director Marie Kohler points out in an interview – “Lowell was a rock star of poetry in his day” featured in major pop culture publications, drawn to a confessional style of poetry that his physicians actually recommended during one of his lifelong bouts with manic depression. But, as Kohler also points out, the confessional movement has become a bit passé while Bishop’s detailed love of nature has drawn a growing following, perhaps because she so lovingly carved such a small output devoted to observation, leaving her motives a haunting mystery.

Throughout her own tumultuous but private life, she refused to be relegated into feminine poetry anthologies. It also surprises many who don’t watch Brazilian films that she had a tempestuous 10 year love affair with a famous female architect, Lota de Macedo Soares, who killed herself.

So both poets – Lowell with three wives and constant bipolar problems, Bishop with her drinking and inability to put down roots, constantly being drawn to places near the sea – would never be subjects for a typical Hollywood love story. But their own correspondence draws an immensely personal tale with language central but hardly dry or distant.

“This a love story,” said Kohler, “with an intimacy beyond sex” – not to say thoughts of sex don’t intrude on their letters. It elevates our perception of the genuine meaning of love, of two people who “served as each other’s life jacket,” she said. 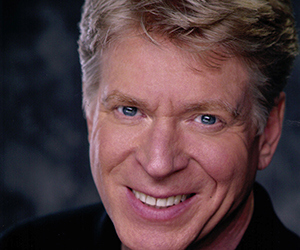 Kohler, who bears a famous family name in Wisconsin, has made her own mark as actor, writer and director, principally with Renaissance Theaterworks but with diverse credits over three decades. Her approach is to frame the letters, which are sometimes combined out of parts by playwright Ruhl. But she also believes the play is “a fascinating blend of old-fashioned epistolary play (a trading of letters) and a ground-breaking theatrical piece” full of opportunities “to make their symbolic poetic nature part of the acting and to heighten setting and movement.”

The letters are alternately anecdotal, funny, reflective, argumentative and poignant. Kohler’s view of the full theatricality of the piece came across in her praise for the eye brought to the actors by movement coach and choreographer Maria Gillespie and to the set design of Steve Barnes who for the first time builds full water onto the intimate studio stage of the Milwaukee Chamber Theatre (within the Broadway Theater Center) in the form of two reflecting pools.

To embody the poets Kohler cast much admired actors who are also married in real life, Norman Moses and Carrie Hitchcock. Their personal intimacy surely helps preparation for parts where they exist in separate spaces – “almost separate islands,” Kohler said. 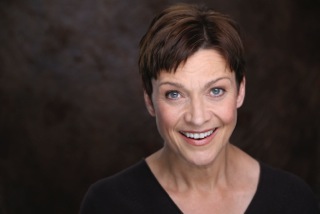 Moses is probably best known to local theatergoers for his comic skills in dozens of plays but I have seen his work since his days as a student at UWM and his willingness to jump out of his best known skin if the part requires. Carrie was once described to me by my youngest daughter, now in her twenties, as her “second favorite mother” since acting with Hitchcock as a child in a Noah’s Ark commercial. Hitchcock then quit for a decade to work as a registered nurse and raise her and Moses’ own daughter (now also in her twenties) but returned to acting a few years ago without seeming to miss a beat.

While many companies have used their talents in the last 30 years, Milwaukee Chamber Theatre has almost been a second home to them – in productions and parts quite different than this one. So everyone is going on a journey into a special romance.

This production runs at the Broadway Theater Center with “pay what you can” previews September 23 and 24 and a full run Sept. 25 through Oct. 18.