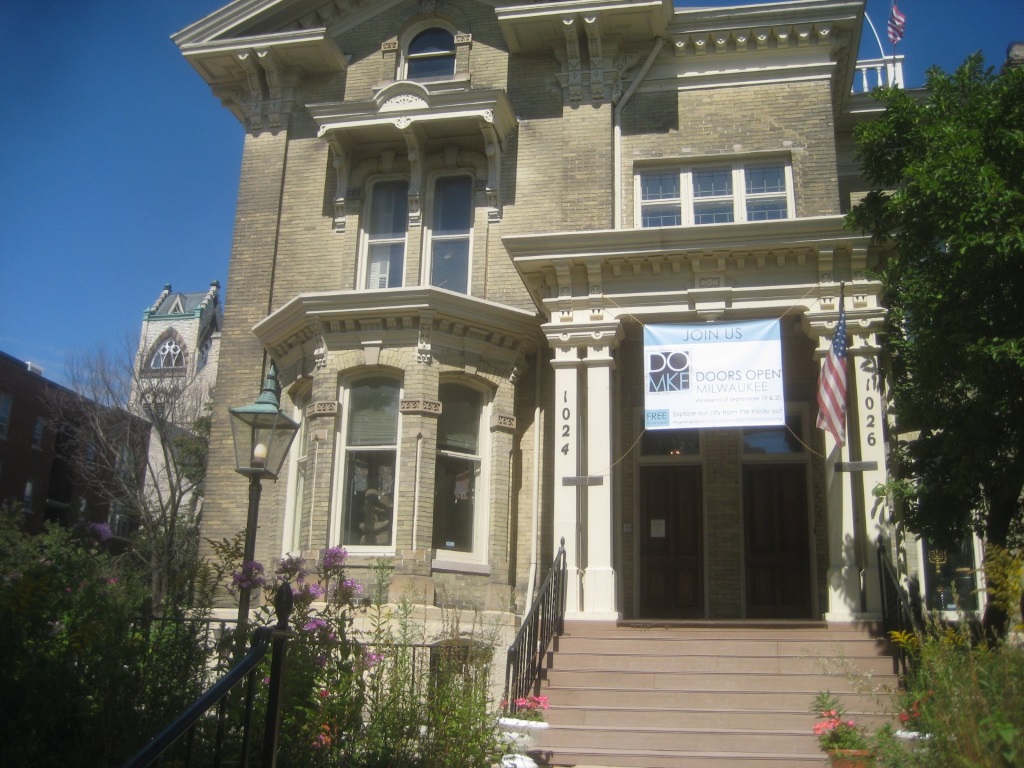 The David Barnett Gallery, established in 1966, bills itself as the state’s oldest commercial art emporium, with the largest selection, encompassing the works of 600 artists.

The gallery is housed in an 1875 Edward Townsend Mix mansion (1024 E. State St.) located at the east end of E. State St. and the foot of N. Waverly Pl., occupying a fine corner lot with a commanding view of Juneau Park and Lake Michigan beyond. You have a chance to take a tour of the magnificent Italianate Mansion this weekend during Doors Open Milwaukee. For an added fee, you will be able to up to the rooftop deck.

A canopied rooftop deck was not in the cards when the home was built for its first owner, a doughty New Englander who came to Milwaukee in 1848, the year of statehood, to practice medicine, that lucrative profession.

Shortly thereafter, he turned to drugs, which is even more lucrative than doctoring, and by 1860 he switched to the hard stuff, becoming the biggest wholesaler of pharmaceuticals in the city.

The 19th century has been called a “Dope Fiend’s Paradise,” and Dr. Henry Harrison Button‘s shelves were likely stocked with Laudanum, Opium and Morphine.

You could get your poppy squeezings straight, or ready-mixed in such preparations as Ayer’s Cherry Pectoral, Mrs. Winslow’s Soothing Syrup, Darby’s Carminative, Godfrey’s Cordial, McMunn’s Elixir of Opium and Dover’s Powder. [Drug Library.org]

[By the way, do you know what a “carminative” is? If you didn’t know the word by fifth grade, when it came in real handy, it might be too late to find out.–Ed.]

If you wanted to compound your own physics, Button had barrels of whiskey or rum to assist in that production.

Doc Button was listed among the wealthiest men in Milwaukee in the Civil War era, and his $30,000 home was built at a time when the average working person made $1,000. For his architect, he chose Edward Townsend Mix, who was at the time also engaged in the construction of the Mitchell Building, 207 E. Michigan St. which today is the headquarters of Historic Milwaukee, Inc., the sponsor of Doors Open Milwaukee.

The Button Home gave Mix a chance to flex his design muscles. There is virtually no surface unembellished on the structure, which once included a handsome turret, since lost.

The traceries and two-dimensional effects of 1870’s construction are very well employed here, rather stark and spare, with little foreshadowing of the late Victorian excesses yet to come. The facade is lively, yet withal as restrained as an Eastlake sideboard.

A 1956 underground garage, and the lower-level commercial entrance on the south facade of the building are changes that reflect the perhaps inevitable commercial use of the building as the years went on, and the early settlers of Yankee Hill moved on to Forest Home Cemetery [also on the tour], or further up the lakefront.

For Button, the one-way trip to his eternal home at Forest Home came about in 1890, where the Unitarian druggist is buried beneath an imposing granite shaft, with a learned figure perched above. [Section 36].

Widow Elizabeth Button hung on in the home until October, 1908, when she died at 88. The home then came into the hands of Henry Harrison Button, Jr., [1849-1919] whose wife Elizabeth Emma Lyne Button converted the home into a fancy duplex in a $12,000 renovation after his death. The home drew such tenants as Orrin W. Robertson [son-in-law of the great Edward D. Holton], John M. Lindsay, and William F. Pabst. The Button family lost the home to foreclosure in 1941.

After the war, it became a real estate and insurance office, and later a doctor’s office. The underground garage and elevator were added in 1956 for Dr. Ralph Piggens Sproule. In 1972 a real estate and accounting firm moved in, and a psychiatrist moved in in 1982.

My favorite tenant was Kerri L. Fritz, who had to go to the Board of Zoning Appeals  in 1985 for permission to operate “the Law Office of Karri L. Fritz — General Practice” in the same 1,268 sq. ft. second floor front office as “The Executive Gallery — Boutique for the Professional Woman.”

Although the synergy is remarkable — imagine the Foley and Lardner “Casual Fridays Collection”, or “Courtroom Classics” by Michael J. Hupy — the fact is professional women had few outlets for corporate wear at the time. A female lawyer had a choice between a Pat Nixon house dress or a Florence Harding ball gown back then. The judges, in their black robes, were better dressed.

In 1985 David Barnett, prospective buyer, got permission to occupy the place as a Private Art Gallery,” as it has remained to this day. The exterior is expertly landscaped with numerous prairie plants, and the house sits on a bermed lot that adds to its dignity.

The assessment history of this building over the past decade is quite instructive. Today the land is worth $513,100, while the 8,410 square foot building is assessed at $364,900, for a total of $878,000. It is not common for the value of the dirt beneath a building to be substantially more than that of the building itself. If this were just a regular old building lacking historic protection, one could easily see it demolished, as the site could hold a $20 million building with ease.

But in 2011, the land was valued at $855,200, with the building being only valued at $9,800, like it was something in a trailer park. Still, the total assessment was $865,000. Pretty much the same number, just got at in a different way, but still with the preponderance of the value placed on the land. 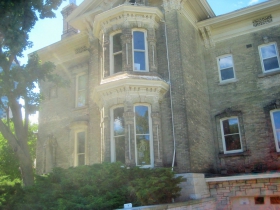 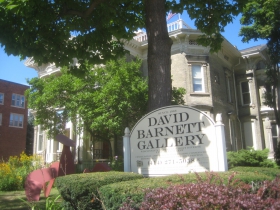 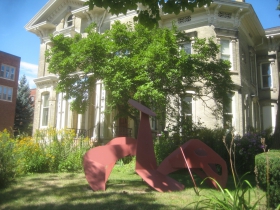 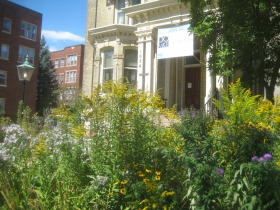 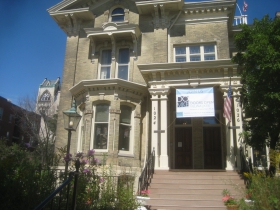 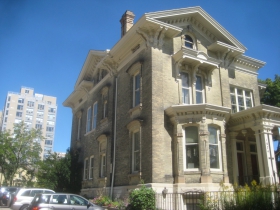 How Milwaukee Is It? The residence is two-thirds of a mile from City Hall.

Take a Tour of Turner Hall with Horne

The 1883 Cream City Brick building at 1034 N. 4th St. has a storied history as the home of the Milwaukee Turners, a social and athletic society founded by German-Americans, with the motto of “Sound Mind in A Sound Body,” or, as our literate Teutonic forefathers put it, “Mens Sana in Corpore Sano.”

The tour is authored by Aims McGuinness, PhD., an associate professor of history at UWM. His field of study includes an examination of Socialism in Milwaukee, along with an expertise in former Socialist Mayor Frank P. Zeidler, whose political career and the Turners were deeply entwined. He is the author of “Advancing Human Progress: Frank P. Zeidler’s Vision for Milwaukee,” [2012] sponsored by the UW-Milwaukee History Department and the Frank P. Zeidler Memorial Lecture Committee.

Dr. McGuinness and others, including ACLU Executive Director Chris Ahmuty, will be among those joining me in leading tours of this remarkable Romanesque Revival building. I hope to see you there! Free and open to the public.

For more information on this tour you can visit the Turner Hall Doors Open 2015 page.