Criticized as "unqualified" and a "patronage appointment," Vornholt has pleased even his critics. 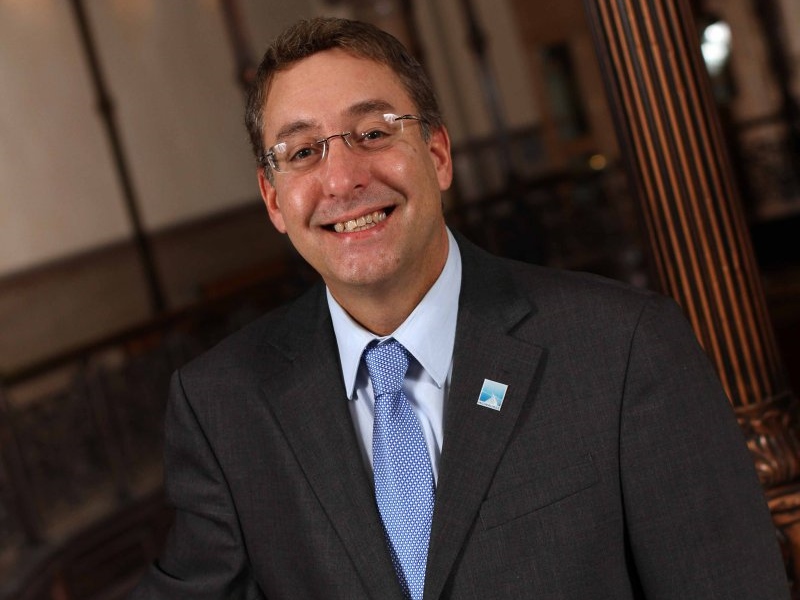 Paul Vornholt got a fiery baptism after he started the job as second-in-command at the Port of Milwaukee in August 2012. Milwaukee Journal Sentinel columnist Dan Bice did a story portraying the hiring as cronyism — a reward for Vornholt’s work on Mayor Tom Barrett‘s campaign in his unsuccessful run for governor in the 2012 race. Vornholt had stepped down from a position as city lobbyist to work on the campaign.

The appointment was approved by all six of Barrett’s appointees on the Milwaukee Harbor Commission. Only Ald. Bob Bauman – the sole board member not chosen by the mayor – voted against it. “To me, the guy was totally unqualified,” Bauman told Bice.

The Common Council reacted by voting to defund the position from full-time down to two months, characterizing Vornholt’s nomination as a patronage appointment. When Barrett vetoed the measure, the Common Council had enough votes (11-3) to override it. However, since the previous Port of Milwaukee director, Eric Reinelt had by then retired, Vornholt became interim port director. After two and a half years of working as the interim director, he was finally confirmed to the full position in May 2015.

How has he done? Interestingly, when I reached Bauman for comment on Vornholt’s performance, he said, “That was then, this is now. I think he’s done a good job. He’s reorganized a lot of the business aspects of the port. He’s pushed in some new directions with the Free Trade Zone. Overall, I think he’s been very effective.”

Vornholt concedes he took a surprising path to the port directorship. “My background is primarily local and state government,” he notes. “I did stints in working in the state legislature. I worked for the County Executive in Brown County, which also had the Port of Green Bay. Then I came to Milwaukee and worked for Mayor Barrett, and then I became the city’s lobbyist, and from there I came here.”

Vornholt describes his job as administrative, similar to a managerial job in any other large organization. “Once you’ve learned the lingo, it’s no different than any other operation. There’s an aura, a mystery about us, that it must be so complicated… I spend a lot of time promoting the Port and working with marketing as well. Keeping us on budget, the paperwork, keeping us fully staffed… And every day is different, which is kind of cool, too. But I am not out on the docks flagging in ships.”

In defense of his background, Vornholt said, “I had no major maritime experience coming here. But a lot of this job, which I think confounds a lot of people, is the regulatory. I have to deal with federal, state, and local institutions all the time including the Coast Guard, the US Army Corps of Engineers, the federal government, the state government, Department of Natural Resources, Department of Transportation. My government relations background was more well-suited for this job than I ever imagined.”

As our earlier story about the Port of Milwaukee noted, the port is a busy landlord with 21 tenants, from companies like Cargill Salt and U.S. Oil to non-profits like Discovery World or Summerfest to governmental organizations like the U.S. Coast Guard. That’s an area where Vorholt has been very busy.

“I would say I’m most proud of the influence I’ve had on the lease negotiations with our tenants,” he says. “We had two lease negotiations when I came here that I was responsible for. One is our handling of the international cargo, and that was through Federal Marine Terminals. They rent three major buildings and some terminal space. They’re our key component for international cargo – seaway cargo – going through the St. Lawrence [versus traffic on the Great Lakes]. And they’re our main handler, and the major cost component.”

“One of the things that they raised,” Vorholt explains, “was that they had a very high fixed cost because of the lease. We worked out an agreement which lowered their base rent on the actual leasable property. But we built in incentives: if they bring more cargo in (over a minimum tonnage) the Port will share in that revenue.”

The approach has worked well. “I think last year 135,000 tons was minimum, but they brought in 180,000.” Result: The port made $25,000 more than it would have under the previous lease. “We increased profit, because the cargos increased, and we took a greater percentage of it. I never thought it would work in the first couple years. I thought we were making an investment over time that would pay off. It just happens that steel exploded on the market last year, and we were a big beneficiary of that.”

The Port has doubled its net income since 2010, which much of that increase coming under Reinelt, but Vornholt has continued that momentum. The Port had a banner year in 2013, with $1.4 million in net income, a 30 percent increase over 2012. 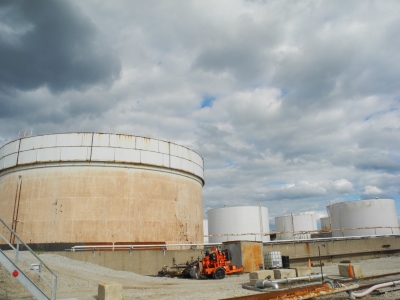 Another issue Vornholt has emphasized is infrastructure. The port is a huge operation overseeing various operations on 467 acres.”We are a railroad as well. We maintain 15 miles of railroad track – in and out traffic for two Class I railroads. It has not been maintained and fixed in a long time. It’s been neglected, and a lot of our infrastructure on the island has been. So, with the mayor’s support, and city council support, I’ve lobbied for more funding for our infrastructure – rail in particular, for a five year capital plan to upgrade our rail. Two – by working with the tenants, who are responsible for a lot of the buildings. When people go over the Hoan and see those ugly gas tanks or whatever, they complain to the Port. I can’t do anything about it, they’re not mine, but I did convince our tenant – U.S. Oil – to start painting and refurbishing them. They did two last year, and they’re continuing that program until they’re done.”

Is there more that can be done to improve the port’s operations, perhaps modeled on innovations in other cities? Vornholt speaks wistfully about the structure at the Port of Cleveland. “The Port of Cleveland is actually an economic development arm of the City of Cleveland, and does financing of economic development projects for the city through the port’s financing structure, and the revenues and the bonds that they can secure. That’s something we could look at if it was of interest to the city.”

How is a changing economy affecting the way the port operates? The decline of coal power is one issue. In the wake of tightening EPA emissions standards for power plants, the Menominee Valley WE Energies power plant fully transitioned away from coal. A smaller power plant at the Milwaukee Regional Medical Center in Wauwatosa is in the process of doing the same. This has had a dramatic impact on the Port of Milwaukee. On a tour of the port property, the port’s Senior Trade Specialist Peter Hirthe noted, “That coal pile over there will probably be the last coal pile on the island.”

Just two years ago, Vornholt notes, the port was handling nearly 800,000 tons of coal annually. “This year, at this time [June], we’ve done 4,000 tons.” Yet the total tonnage numbers for the port haven’t declined. “It’s because we’ve diversified. We’ve gone out, and we’ve really not tried to be reliant on one [commodity], because it’s very market-driven… I think the strength of this port is that we have diversified.” 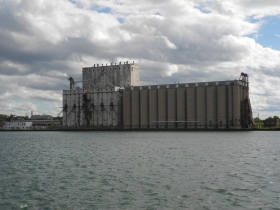 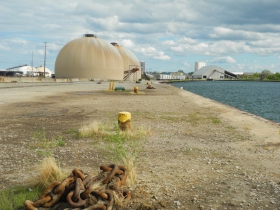 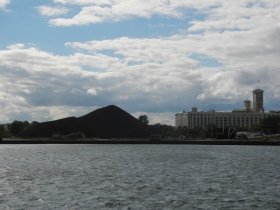 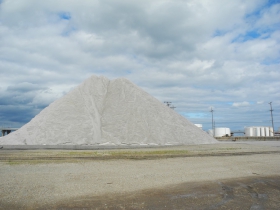 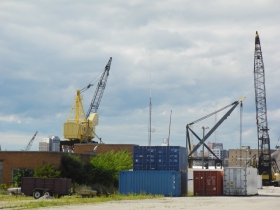 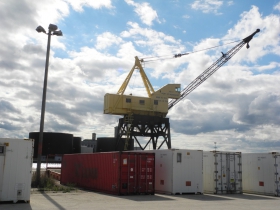