Boeing Boeing, once a runaway hit in London, lands here, and our photos capture the action. 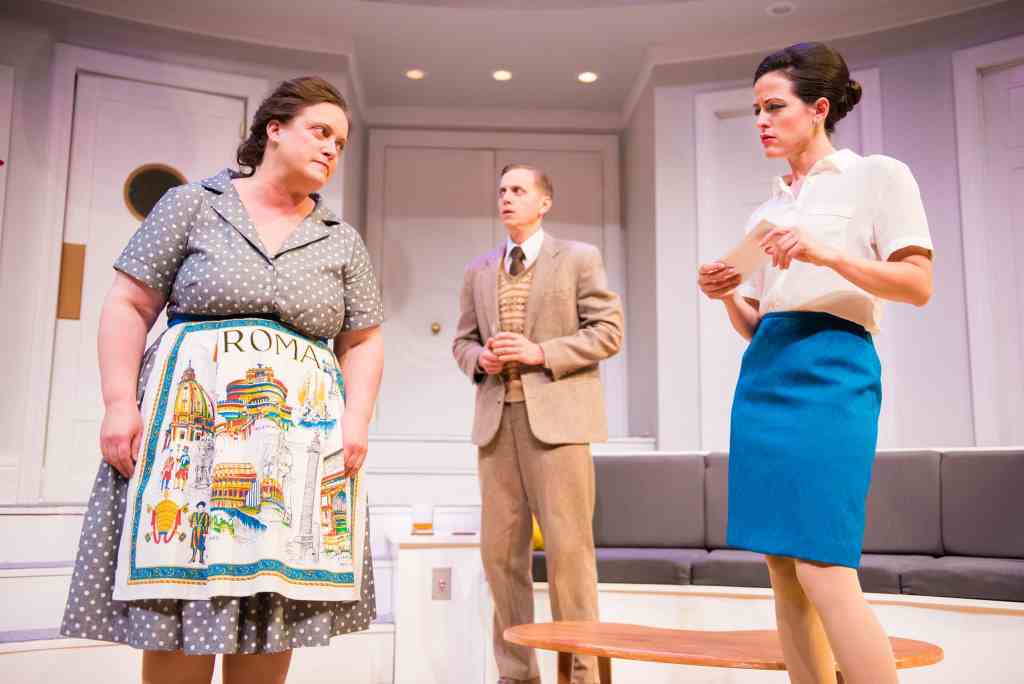 You might call Boeing-Boeing, now playing at the Milwaukee Chamber Theatre, the show that audiences love and hate. It’s a classic farce written by the French playwright Marc Camoletti in 1962, about a man with three mistresses — all stewardesses — that was translated into English and became a huge hit in London where it ran for seven years. Yet when it came to Broadway it was just as huge a failure, running for just 23 performances in 1965.

Yet that was followed by a film version with Tony Curtis and Jerry Lewis (publicized, we kid you not, as “the big comedy of nineteen-sexty-sex”) that fell somewhere in the middle: it did just okay at the box office, but currently gets approval from 70 percent of viewers at Rottentomatoes.com.

Meanwhile, the play became something of a world-wide hit. In 1991, the play was listed in the Guinness Book of Records as the most performed French play throughout the world.

As for Broadway, in 2008, a revival production, starring no less than Shakespearean actor Mark Rylance, was a success, with the New York Times reviewer declaring it “the makeover of the season” that “has no earthly right to be as funny as it is.”

The truth is that the play, while it may be a “loud slapstick romp,” as the Times reviewer labeled it, is a loud slapstick romp that audiences generally seem to like. Camoletti knows how to construct plays, and his have been performed in numerous languages in 55 countries. In Paris alone, 18 of his plays have totaled around 20,000 performances.

The Chamber Theatre’s production is directed by Michael Cotey, whom Milwaukee Journal Sentinel critic Mike Fischer has lauded as “one of the most exciting and wildly inventive” of Milwaukee’s younger, up-and-coming directors. Fischer loved this production of Boeing Boeing, saluting it as “among the funniest plays I’ve seen anywhere this year. Cotey has increased this flight’s airtime through added routines, gags and physical humor — none of it in the sparse stage directions one finds in Camoletti’s flight plan. As a result, nearly three hours pass before this ‘Boeing’ touches down. Not to worry: On this trip, time flies.”

Critic Matthew Reddin of the Wisconsin Gazette is equally complementary, lauding the strong cast, the beautiful set and the production’s deft comic timing. “There’s not a moment out of sync as the play whirls into organized chaos,” he writes. “It’s a reliance on suspense over slapstick — not that there’s no slapstick; this is a farce, after all — that makes the production seem smart, not silly.”

Our photos capture the action at the Broadway Theatre Center’s Cabot Theatre. The show runs through August 30. 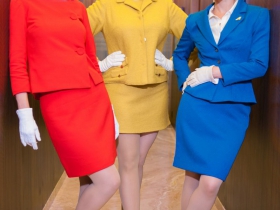 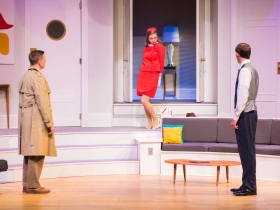 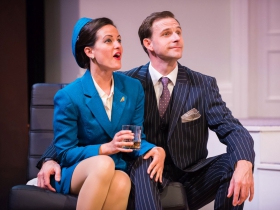 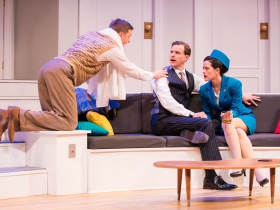 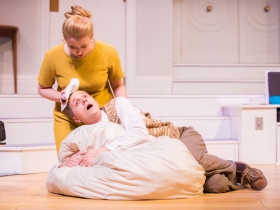 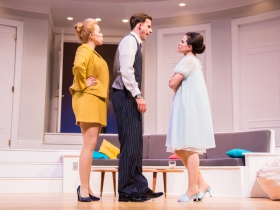