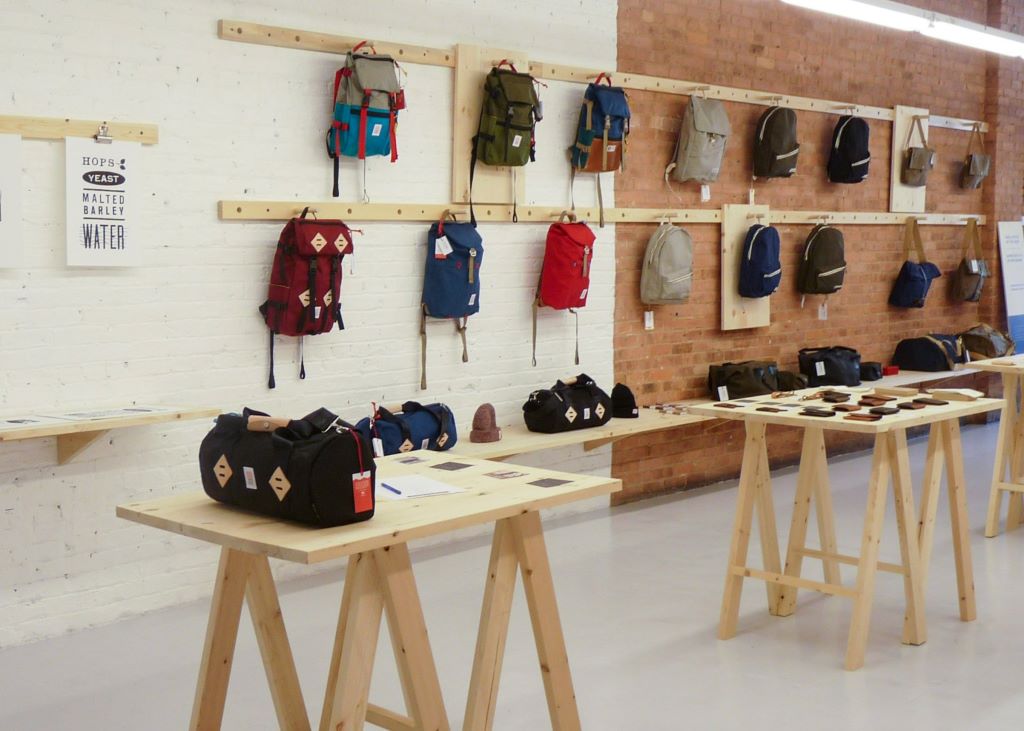 For over a year, Commonplace has been successful as an online store. But starting in June 2015, store owner Zach Peterson began experimenting with truly bringing the store to life.

Commonplace sells high-end, hand-made lifestyle goods and accessories. The products come from independent brands that are not mainstream, but have had dedicated followings for the last five to ten years. The products are generally geared toward men but could really fashion well for use by either gender. Products include various styles of backpacks, wallets, handbags, ties, hats, notebooks, candles, soaps, solid cologne, and art prints.

Quality is the common thread between all of these everyday-use items. Peterson describes the products in his inventory as well designed, well constructed, and simple to use. To Peterson, it’s about “making a mundane task more enjoyable through a well-designed item.”

Peterson graduated from the University of Wisconsin-Milwaukee in 2012 with a passion for design and style. He worked for a year at an office job straight out of college, but was restless and decided to open his own shop. He realized he lacked the skills and creative ability to make products himself, so he delved into retail.

In late 2013, Peterson started development on the Commonplace website and searched for brands to carry. He launched the website in 2014. After a full year of being online-only, he decided to create a pop-up store in Historic Third Ward in June of 2015.

Peterson set up the temporary store (143 N. Broadway) as a low-risk way of learning how to run a physical store. The only risk of setting up a pop-up is spending a few months’ rent. He wanted to see what sort of trends he would come across and what brands would do well in our city so he can use the data for future planning. For example, he found the candles sold really well, so now he’s looking into providing a wider variety of scented home goods.

Having a pop-up also allowed Peterson to have one-on-one interaction with local people. He’s gotten a lot of feedback about people’s preferences, as well as encouragement from shoppers who say that the store can offer a lot more than what is currently available in the Third Ward.

“[By] talking to the people that come in and seem to have an appreciation for the same thing that you do, that’s good too. You may not know just walking down the street who likes the same styles as you do. But [by] having a store, they come in and they actually express directly to you that they like the same thing you do, and that’s just kinda cool.”

Peterson said that getting the pop-up space was a long process. He contacted between ten and fifteen building owners before he eventually found a space in the Historic Third Ward near Catalano Square where an Utrecht Art Supplies store used to be.

“There’s just a higher concentration of retail in the Third Ward,” said Peterson, “People actually come down here to go to multiple places. It’s not a separate trip just to go to one store… It’s also where a lot of people from out of town come too.”

The original lease for the space was only for the month of June but Peterson decided to extend it to July because he and local designer Ryan Tretow worked really hard for the minimal design of the space. He also wanted to collect more data for sales trends. “After that one month I didn’t feel quite like it got to the point I wanted it to, and having an extra month really kinda got it there,” said Peterson.

After the two-month run, he needed to restock and felt he got everything out of the pop-up store that he could. The pop-up store closed at the end of July.

Peterson eventually wants to have a permanent, brick-and-mortar location, and everything he learned from having the pop-up will go into making the permanent location as successful as possible. He’s looking to expand the inventory into apparel and design-based home goods and even having a few items from brand around the country and overseas. 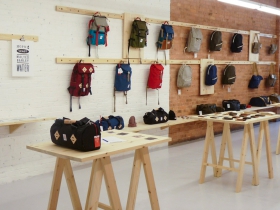 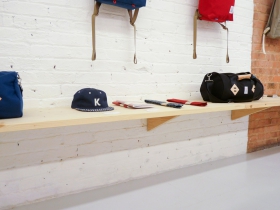 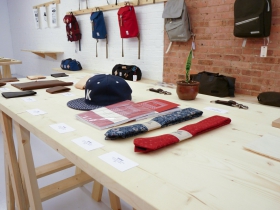 Design is one of the most important factors he takes into account when stocking an item. “I want everything to look as good as it works,” Peterson said. Similar items at a lower price point may not last as long and don’t look as good.

When asked what separates good design from bad, he says that it has a lot to do with the feel in the hand. “I always try to bring up an example of a bad bottle opener versus a good bottle opener,” Peterson said, “Using something that has good weight in the hand, isn’t overly complicated, stripped down to look simple is personally what I prefer.” He also looks at the quality of materials and how something is made with them.

How to Run Your Own Business

For people looking to start their own businesses, Peterson said to have a plan that keeps everything flexible. For Peterson, that means being online. “There isn’t a huge rush to quickly get into a space or anything. I can be diligent in finding the right space, figuring out what the right plan is, all of that,” he says. “Having that kind of flexibility is going to be a huge thing going forward.”

And if you’re not ready to jump into a business right away, he suggests separating all of your goals as different tiers. He started with the relatively easy goal of running an online business; he then progressed to having a physical pop-up, and now he’s looking into a more permanent location based on what he’s learned along the way.

The biggest obstacle to starting up a business is trying to jump into a market with a lack of men’s based retail. Being the first store of its kind can turn off many people in the area who may not be used to the kinds of products being offered. “Milwaukee is an interesting city in that it’s a super diverse culture, it’s go a lot of amazing stuff going on, but they at times can be a tiny bit behind in certain trends,” said Peterson.

The most challenging aspect of running a business to him right now is time management. When running a business for the first time, managing time in order to complete the day’s tasks can be daunting. You might not be able to afford employees and you may even be working other jobs. “It all pays off in the end… but you have to sacrifice a lot of free time to get to that point,” said Peterson.

When asked what the most rewarding aspect of owning a store is, Peterson says, “I like just like being in there… we took so much time designing it the way that I liked and the way that it represented the products well.” He says, “Having that dream of owning a store and being in there and just being able to sit back [and] look at everything and how the products sat on the shelf [and] hung on the wall, it’s a good… experience knowing that you put it together and were part of the creation.”

To see all of the products Commonplace has to offer, you can check out the website here.