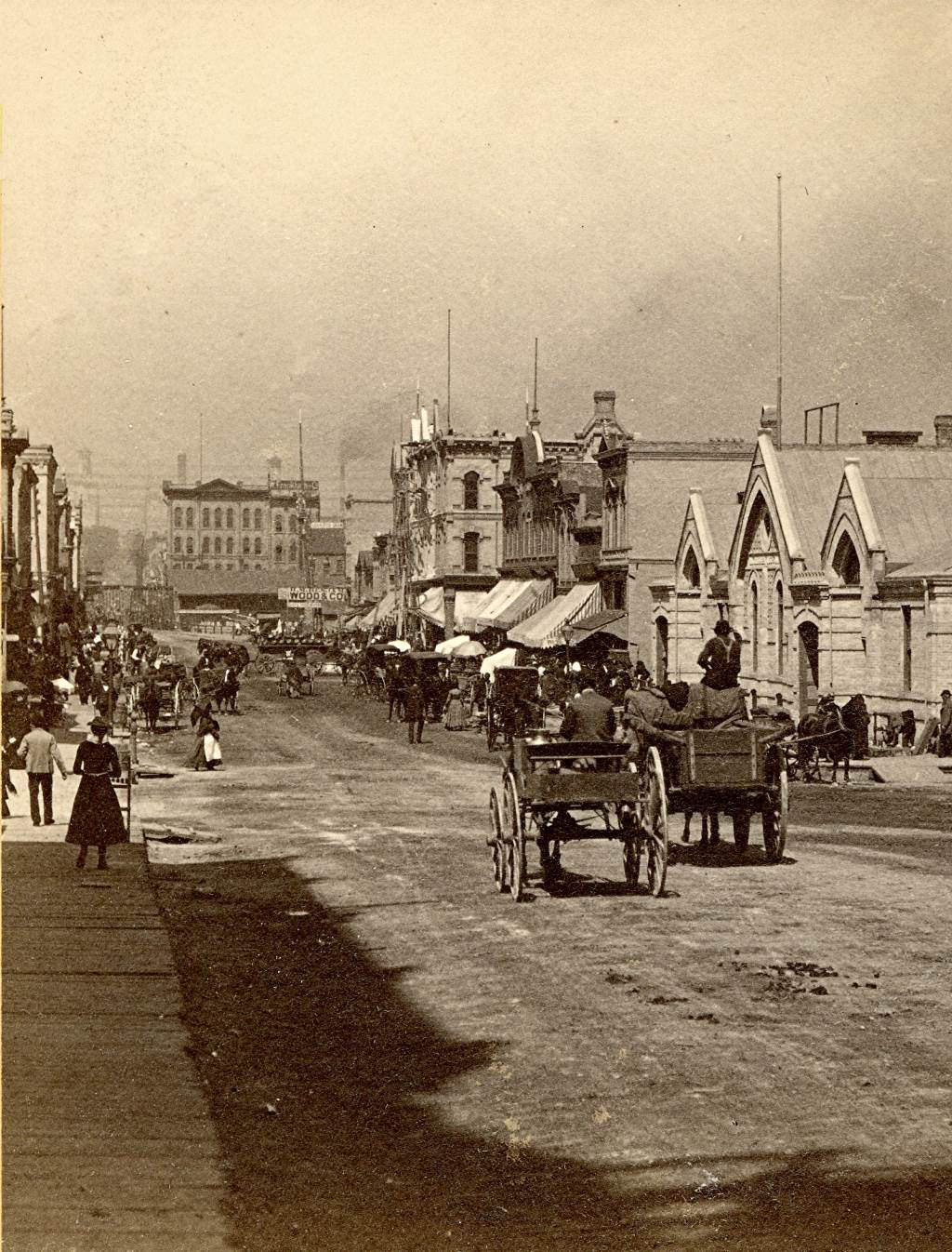 Last week’s photograph showed Milwaukee’s City Hall which was used from the early 1860s to the early 1890s, and was refurbished from a building that was previously a market hall constructed in 1849.

The city also had another market hall located just a few blocks north, at the northwest corner of Division (now Juneau Ave.) and Market streets. (Juneau was also known as Chesnut west of the river, as our City Streets column has explained.) Photographs are scarce of the earlier hall on this site, but by the late 1870s it was replaced by this building, the ornamented structure to the right of the photo.

This is one of at least three stereoviews of the hall that were photographed by H.H. Bennett in the first half of the 1880s. The market hall was known as the “Division Street Market” but was more often dubbed the “German Market.” This was a downtown focal point for Milwaukee’s German population between about 1870 and 1920.

“Here, the German housewives could buy produce, eggs, Schmierkaes (soft cheese) and Spanferkel (suckling pig), as well as find out the latest gossip,” as a Milwaukee Journal story once recalled. “Saturday night saw the market square ablaze with the light of pine knot torches as this popular meeting place of friends took on a festive air.” The market hall “housed many market stalls for small businessmen,” the story noted.

You can see what a busy and vibrant place it was. Today it is just an empty parking lot.

While most of the buildings in this photo are lost to history, the three-story building in the center survives. It is at the northwest corner of Juneau and Water and currently is the home of Duke’s on Water, a popular bar. This building did not survive unscathed, however, as much of the roofline ornamentation has been removed over the years and the Cream City brick exterior lies behind several coats of paint. But the building today is a reminder of the glory of Milwaukee in the 1870s and 1880s.