Merriment Social and Camino will add still more food and drink to a hot neighborhood. 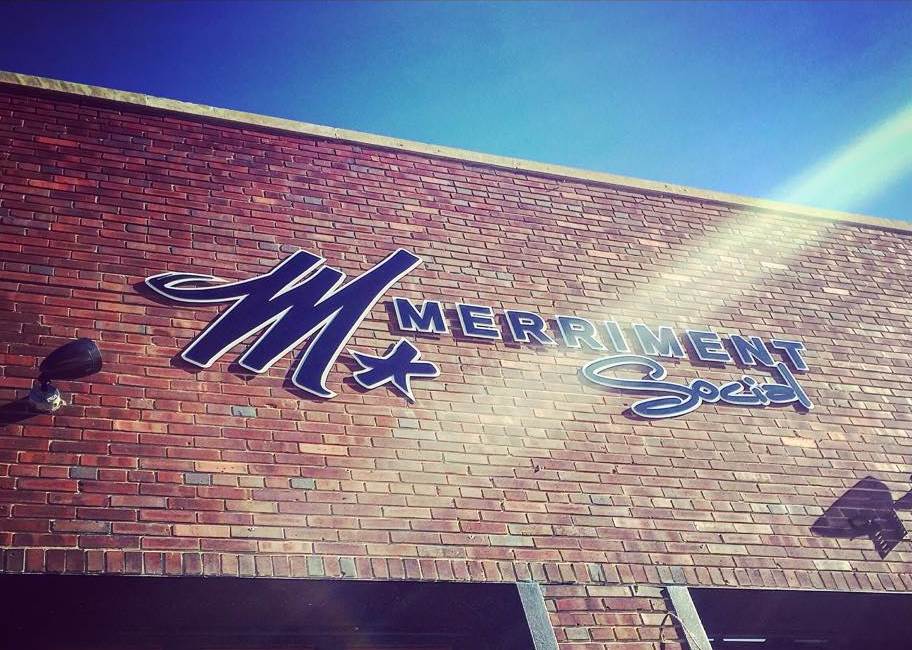 Walker’s Point continues as the hottest area in town for new restaurants.

Case in point: Merriment Social opens on August 7 at 240 E. Pittsburgh Ave., according to OnMilwaukee.com

Chef Andrew Miller says the atmosphere is based on fun and starts with an old tradition of dim sum, which serves appetizer-sized dishes on small carts rolling around the dining floor. These dishes will change daily, but will include bbq chicharron with lime crema and duck breast pastrami and marinated dill cheese curds. Prices will range from $3-$6.

The dinner menu will run $6-$20 and will include vegetarian options, reuben sandwiches and grass-fed beef burgers. And even churros for dessert.

The bar will have 16 craft taps mainly from Wisconsin, 25 wines for purchase by the glass and 20 more available for bottle purchase.

Maybe the bottle is a better choice if you show up with a group of friends on Friday or Saturday night. Miller is offering an eight-to-ten course tasting menu to large groups for $100.

A former sales representative from Beer Capitol is opening a bar in Walker’s Point. Camino, at 434 S. 2nd St., is set to open in September with Casey Rataczak at the helm, according to the Milwaukee Journal Sentinel.

Rataczak will be using the connections he made in the beverage distribution industry to secure rare beers on tap in their 20-tap system and patrons will also have the option of purchasing take-home growlers.

Camino will be serving a signature Cuban sandwich, house-cut fries and salads along with vegetarian items on their menu.

The emphasis will be on beer including a gluten-free option, but they will have wine and liquor options.

Locals may recall the building’s prior tenant was The Social.

On August 1st, the owners of Sven’s European Cafe at 624 N. Water St. handed over the keys to new owners. Hakan Sen and Berat Islami will shift the concept and name the space The Coffee Bean, according to OnMilwaukee.com.

Sen is the former manager at Trattoria di Carlo in Oak Creek and Islami has a background as a financial and marketing professional and business owner.

They’re going as local as possible with local roasters for their coffee as well as local bakeries and meat suppliers for sandwhiches.

The plan is for The Coffee Bean to open in mid-August. Sen has tentatively set the cafe hours at 6:30a.m. – 6:30p.m. Monday through Saturday.

International small plates will be on full display at Easy Tyger at its grand opening. Set for September 4 in the building that was formerly Mai Tai, at 1230 E. Brady St., it has been remodeled for a laid back vibe, according to OnMilwaukee.com

The menu will feature New American style cuisine with influences from the Latin American Mediterranean and Asian food stylings.

Apps are called “Nibbles & Noshes” and will cost between $3 to $8 including pig-ear nachos and flatbread sandwiches. Small plates will cost between $10 to $18 featuring grilled halloumi (cheese made from goat and sheep’s milk) salad with watermelon.

Their bar will have eight to ten taps with craft beers and international wines available by the glass or bottle.

Hours will be 11 a.m. to 11 p.m. on Monday, Wednesday and Thursday. Friday and Saturday they’ll be open until midnight and Sunday they’ll open at 10 a.m. and close at 9 p.m. with brunch served until 3p.m. Easy Tyger will have daily happy hour specials from 3 p.m. to 6 p.m. and an hour before close.

More changes in Walker’s Point: There’s a new cook at Black Sheep, the wine bar and restaurant, according to OnMilwaukee.com. The new executive chef is Justice Neal who worked at Blue Jacket before it closed.

Keith Harenda owns the building at 216 S. 2nd St. and will also be shaking up management, giving managerial duties to Wes Shaver and Mike Sorge.

Shaver is in charge of promotions and marketing and is currently director of marketing and sales at McGillycuddy’s, Red Rock Saloon, Three Lions Pub and others. Sorge will manage operations which is what he did at Hospitality Democracy.

In the next couple of weeks the dinner and brunch menu’s will be re-worked, with specials added this week.

It’s all about health for Dawn Balistreri, a colon hydrotherapist who operates Wellness Within and will now be getting into healthy food. She plans to open a new restaurant in the Park East Lofts, Urban Beets Cafe & Juicery, 1407 N. Martin Luther King Dr. It will serve salads, wraps, pudding and other raw treats. It will utilize mostly raw ingredients that are locally supplied, according to OnMilwaukee.com.

The Juicery is slated to be open in September

Ivy on 14th has its third tenant after Burger King and Subway. According to the Marquette Wire, Tangled Noodles and More will have its grand opening on August 5th at the 1400 block of W. Wells St.

Shorewood’s ramen restaurant is moving to West Bend after residing at 2107 E. Capitol Dr. for 18 months. Tochi made the announcement July 31 on Facebook.

Tochi will remain in Shorewood until August 16. Within the next six weeks they will move into the space at 705 Village Green Way in West Bend.

Chef Gregg DesRosier told Lori Fredrich of OnMilwaukee.com that he’s been commuting from West Bend to Shorewood for 14 years and was glad to opening up shop in the place he calls home.

One thing people might know about the Shorewood locale is the Godzilla theme. Des Rosier is ditching that theme and giving the new space a punk rock feeling.

Although the space will be smaller in West Bend the plan is to add to the menu.

We profiled DesRosier earlier this year.

For some years the building at 2206 10th Ave. in South Milwaukee was the home of Nona’s Cafe and Grebe’s. Not any more. A new restaurant, Grillworks, is planned for that space and will offer a supper club-style menu, according to South Milwaukee Blog.

They will serve breakfast, lunch and dinner with a retro bar serving Old Fashioneds and other ice cream drinks. On Sundays, hot ham and bakery items will be featured.

Jessica Hess will operate the restaurant and her family, the Orens used to own Slick Willie’s, the South Milwaukee bar and grill.

Currently Grillworks is going through the process of attaining proper liquor license.

The Simmer approach to food keeps growing. There’s the Simmer food truck and and the downtown Simmer Cafe at 718 N. Water St. and next there will be a Simmer Cafe at the Mayfair mall. It will be located across from Hot Topic near Jamba Juice at Mayfair, according to OnMilwaukee.com.

Their 12×15-foot kiosk at Mayfair will have similar menus to the other Simmer operations. Breakfast will be available all day and homemade soups and paninis are on the menu.

The new Simmer Cafe is scheduled to open in October.

A new pizza place coming to the city’s West Side, Wy’east Pizza, will have a pizza oven that can bake at up to 800 degrees, according to OnMilwaukee.com.

Wy’east owners Ann Brock and James Durawa used to make pizza in Portland, from a street cart.They’re glad to have a roof over their head. That roof is at 5601 W. Vliet St. in Washington Heights, formerly Papa Joe’s Pizza & Pasta and will serve 24 dinners.

All pizzas will be 14 inches and include the ‘Mattercorn’ topped with cilantro-poblano pesto, red peppers and sweet corn and ‘Goat Rocks’ features goat cheese.

During the next couple months renovations will be made to get the space up to city code. They hope to open in sometime this fall.

The Old Time Inn will be closed from August 1 to September 3 for a $75,000 renovation, according to OnMilwaukee.com.

The re-opening is scheduled for September 4 as Old Town Beer Hall, N116W15841 Main St. in Germantown. It will replicate a Bavarian beer hall with more space for live music.

Like the majority of beer halls they’ll continue to serve Hofbrau bier, but they will also import Weihenstephan bier (originating from the oldest brewery in the world) from Germany.

Milwaukee’s sole Turkish-themed restaurant closed its doors on August 1 after being open for five years in the Third Ward. Tulip opened in the summer of 2007 at 364 E. Erie St.

The announcement was made on Facebook three days before they closed.