By Andrea Waxman, Milwaukee Neighborhood News Service - Jul 23rd, 2015 10:00 am
Get a daily rundown of the top stories on Urban Milwaukee 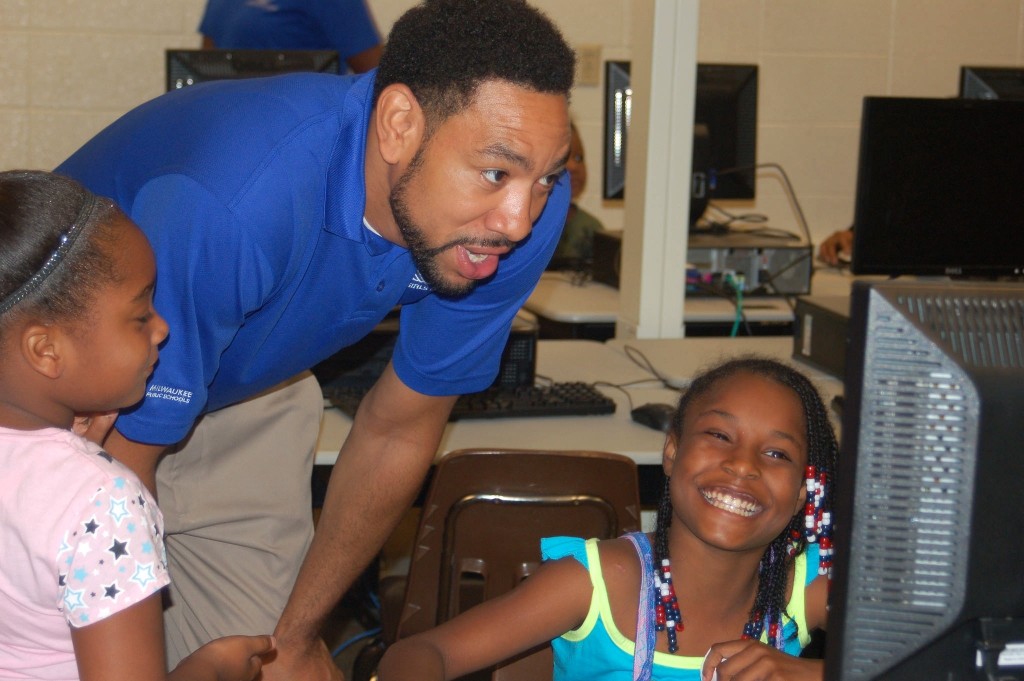 Ceso Sprewell’s world went into a tailspin when he was a sixth-grader at Sarah Scott Middle School, 1017 N. 12thSt. His parents both died of cancer within months of each other and his life changed suddenly.

“I was hurt,” Sprewell said. “I used to go to school sometimes and I didn’t want to read.” Nor did he want anyone telling him what to do.

His teachers didn’t understand his pain and confusion. “They didn’t even know that I didn’t eat,” Sprewell said.

Such experiences gave Sprewell the insight he needed to help kids dealing with similar struggles in the city’s poor central city neighborhoods. An interim job, after graduating from college in 2006, with the Boys & Girls Clubs of Greater Milwaukee gave him the opportunity to discover this calling.

Now the club manager at the Boys & Girls Club North Division High School Community Learning Center, Sprewell sees similar pain in the young people who are members there and he has found a lot of satisfaction working with them and giving them the attention and support he wanted when he was in their position. 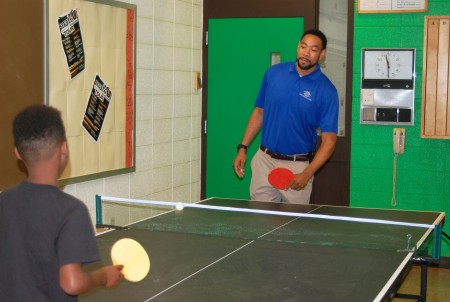 Back in middle school, Sprewell immersed himself in the sports kids played in his crime-ridden neighborhood around 27thand Burleigh streets.

“I was trying to deal with (the loss of my parents) and not be raging with this ball of fire in me and basketball took my whole life,” he said. He played on school teams and with neighborhood park leagues, including Running Rebels.

At Washington High School, he played basketball with some of the best players in the state and on a team that played in two state championships, he said. “We were first in Wisconsin and we got as far as maybe third in the country in 2001,” he said.

Sprewell listened and watched and found parental figures among his coaches and his friends’ parents. “There are so many things that I learned from my teammates, from them having moms and dads, that I was embarrassed to (ask about) because I probably should have known,” he said.

With the help of his first cousin, All-Star NBA basketball player Latrell Sprewell, he found his way to Three Rivers Community College, in Poplar Bluff, Mo. where he played under Coach Gene Bess. Bess, who has won more games than any other college coach in America, liked Sprewell so much that he invited him to apply for a position as assistant coach there. “He is a fine young man … with a lot of character and focus … he had a lot of enthusiasm and he was very unselfish,” Bess said.

“He was my go-to person when I needed to have an increase in numbers (of kids participating in an activity or program). If Ceso does it, all the kids will do it,” she said. “When Ceso left, the girls cried. You would have thought there was a funeral, that he had passed,” she added.

After graduating from Harding University in Searcy, Ark., Sprewell dreamed of pursuing a basketball career. He considered playing junior national basketball in Puerto Rico with a college teammate who was from there, but connected with urban youth at the Boys & Girls Clubs while waiting for the season to start. It was the first thing that ever took his mind away from basketball, he said.

Some of his younger cousins find it difficult to understand why he didn’t pursue basketball, Sprewell said. “But I used basketball to go to school and go around the world … and experience a lot of different things but, at the same time, I didn’t let it use me.”

Sprewell has progressed from a part-time position teaching second-graders to club manager in eight years and he loves his job. Like a coach, he tries to bring out the best in his staff, he said. He tells them that they have the opportunity to change kids’ lives. “When they walk through the door (the kids) are looking to you for guidance and skill sets they might not get at home because of certain situations.”