The wealthy clothing manufacturer built this elegant home on Cass and Mason. 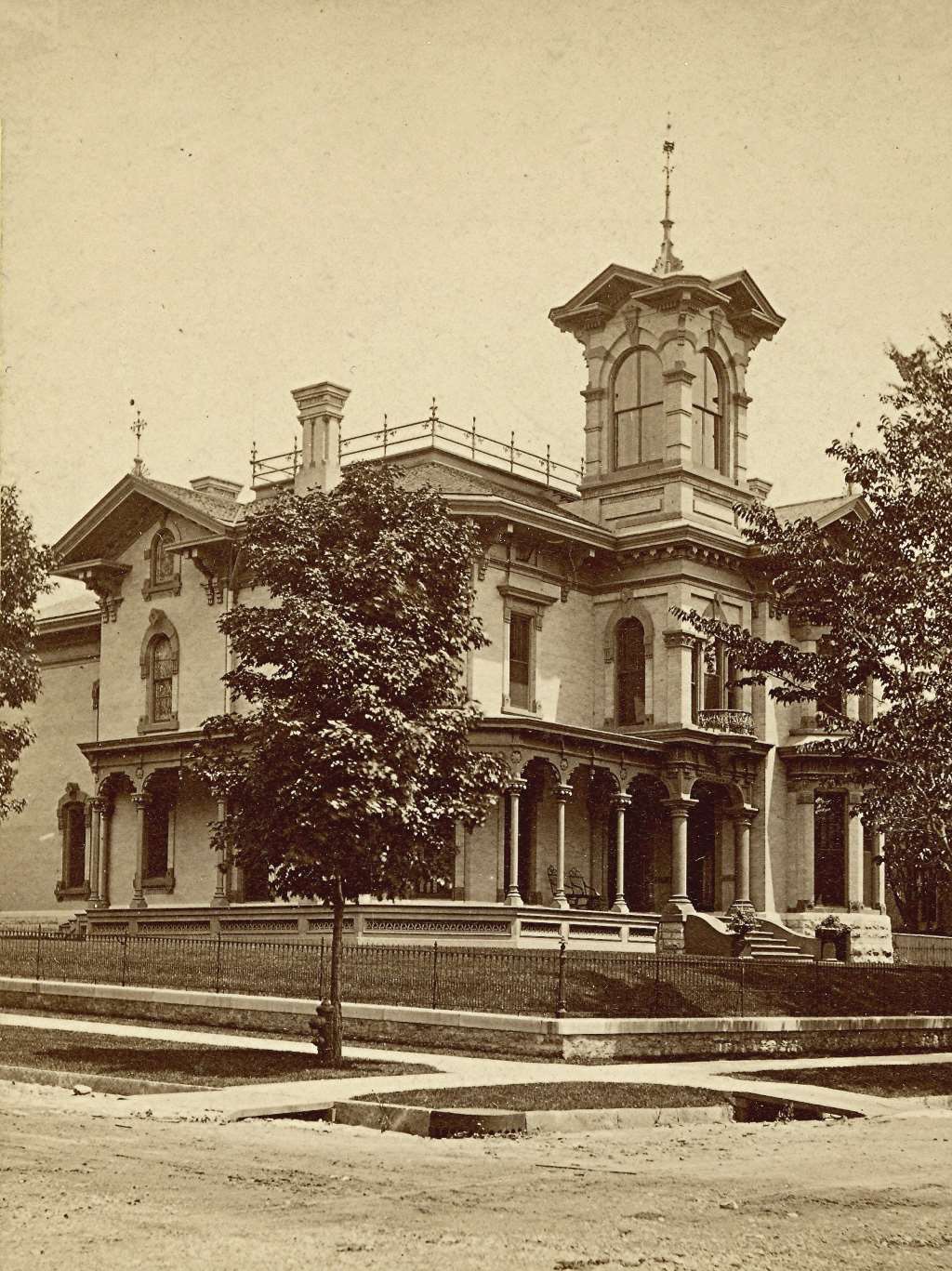 When Henry Hamilton Bennett first began photographing Milwaukee stereoviews in about 1879 several of his earliest views were of prominent residences. The Plankinton and Mitchell mansions were among these, but Bennett was also looking for the latest and trendiest residences.

The areas of Yankee Hill and Prospect Ave. would be fertile ground as these were rapidly developing at that time. This home, of Elias Friend, is a prime example. Friend and his brother Henry were emigrants from Bavaria who founded Friend Bros. in Milwaukee in 1847. This was a clothing manufacturer and wholesaler which would be one of the nation’s largest. The growing company would later move to Sexton’s Block, which was a fine Italianate building at the southeast corner of Michigan and Broadway. The Friends purchased the building in 1876 and naturally renamed it the Friend Block.

Elias Friend must have been feeling prosperous by that time as he constructed this elegant residence in 1877 at the northeast corner of Cass and Mason.

His son Jacob Elias Friend would be even more successful. He served as vice-president of the clothing company and in 1886 he cofounded the Nordberg Co. with Bruno Nordberg. Long a successful Milwaukee company, Nordberg was manufacturer of steam engines, large diesel engines, pumps, hoists and compressors for the mining and quarry industries. In 1944, the company designed and built the largest diesel engine that has ever been built in the United States,  for a Victory ship built for the United States Maritime Commission. But in 1970 Nordberg was acquired by Rex Chainbelt which was then renamed Rexnord.

As for the Friends Brothers clothing company, it dissolved in 1910.

The fine home where the Friends lived has not survived. In the 1920s it was moved to 760 N. Cass St. and converted into a rooming house. The rooming house would have a famous tenant, a young Milwaukee Journal reporter named Edna Ferber who would find great success later as an author of such novels as Show Boat, Cimarron and Giant, all of which became Hollywood movies (Show Boat began as a very successful Broadway musical). In the mid-1970s this house was threatened with demolition by its owner, Northwestern Mutual. Preservation efforts were unsuccessful and the house was demolished to make way for a parking lot. A most unfortunate ending.