IndyFest 2015 at the Milwaukee Mile

Sunday was the Verizon IndyCar Series Race 250 Laps, the 113th Indy race at the historic Milwaukee Mile. Our photos capture the action. 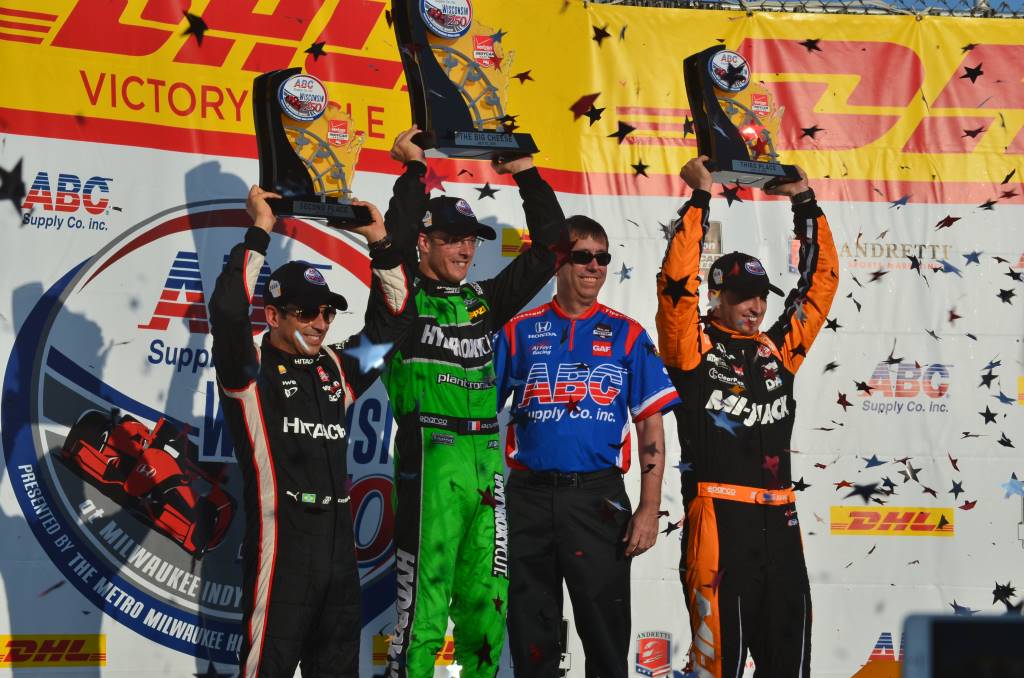 Race fans from all around the Milwaukee area got a chance to smell the rubber burning during a race of high stakes and high speeds. IndyFest 2015 is in full swing this year, and Sunday was the Verizon IndyCar Series Race 250 Laps, the 113th Indy car race at the historic Milwaukee Mile.

The Milwaukee Mile is the oldest operating motor speedway in the world. It was established in 1876 as a private horse-racing track when it was purchased by the Agricultural Society of the State of Wisconsin and made a permanent part of the Wisconsin State Fair Park. The track held its first dirt-track automobile race on September 11, 1903. Yes, the cars went a little slower back then.

The first Indy car race was held in 1939. Over time, the dirt track converted into an asphalt one, getting paved in 1954.  The pit area was created in 1967. The track has hosted several major racing events, such as the American Automobile Association, United States Auto Club, NASCAR, CART, Champ Car World Series, and the IndyCar Series.

In addition to watching races, Sunday’s fans were able to enjoy many different restaurants and activities. Outside of the track, race fans can enjoy restaurants such as Slim McGinn’s, the Sheboygan Brat Haus and the Miller Lite Sports Bar & Grill. Inside, they can explore the IndyCar Fan Village, Tailgating Area, Family Fun Zone, and even a Music & Beer Garden featuring live music and games of giant beer pong.

After Pre-Race Ceremonies, the race commenced. Josef Newgarden (Car #67) consistently led the race from the beginning up until around lap 101 when he made a pit stop. Pippa Mann (Car #18) retired at lap 26 due to problems with handling. Sebastien Bourdais (Car #11) then lead the race at lap 120.

At lap 131, Ryan Briscoe (Car #5) spun out at Turn 4, hit Will Power (Car #1) and both of them scraped along the wall. Briscoe’s spinout came when “[Tony] Kanaan [Car #10] threw it down into Turn 3 at the last second.. and just took all my air away,” said Briscoe. “It just felt like I was in an airplane and the car just wouldn’t follow the road. It really caught me by surprise.” Both drivers were relatively unscathed and able to exit their vehicles without assistance. “I guess you just can’t get frustrated,” said Power. “You’ve got to keep moving on.”

Sage Karam (Car #8) retired at lap 183 after hitting the wall. He was trying to get the maximum fuel mileage out of his car before pitting while trying not to lose any positions. He was racing hard against Gabby Chaves (Car #98), but then he “got on the right side of the marbles and, once that happened, the car just wouldn’t turn,” said Karam.

Around lap 143, Newgarden rose from seventh to second place after three laps and fought Bourdais for first place until he had to make a pit stop at lap 185. Bourdais retained the lead from that point on, even after making a pit stop at lap 213. At the checkered flag, Bourdais won the race by 2.2366 seconds over Helio Castroneves (Car #3) while Graham Rahal (Car #15) came in third, Juan Pablo Montoya (Car #2) came in fourth, and Newgarden came in fifth.

This is Bourdais’s second win this year and 34th win of his Indy car career. Its also his fifth win on an oval and second at the Milwaukee Mile (he also won at Milwaukee in 2006). Castroneves started off in the last starting position (24th), but moved all the way up to second. This is his fifth podium finish of the season and the 86th of his career. As for Rahal, this was his fifth podium finish in the last nine races. All three of them celebrated by donning different sponsorship hats along with the iconic Wisconsin Cheesehead.

Bourdais said, “On these ovals, you can go from hero to zero and back to hero again. I guess that’s my story. Today the guys gave me an awesome car. It felt pretty good off the truck and I thought, ‘This could be a pretty good weekend.’ And then we messed up qualifying. Never did I think we could come up through the field and pass everybody. It’s just unbelievable. When the car is right, it’s so, so special.”

Our photo gallery captures the race and fans and festival doings. 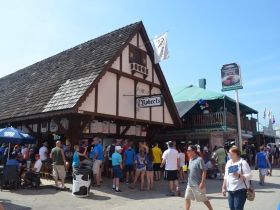 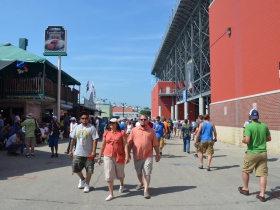 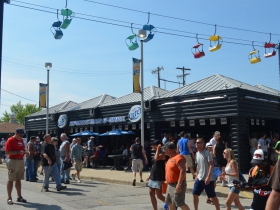 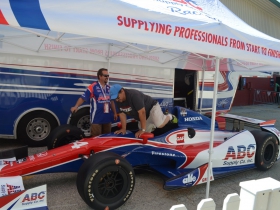 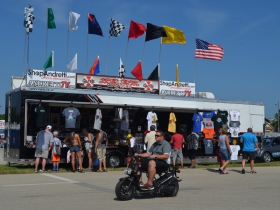 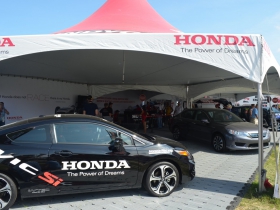