Questions for Streetlife and Warren Wiegratz

The Buck's house band has played together for decades and will perform on Thursday at Jazz in the Park. 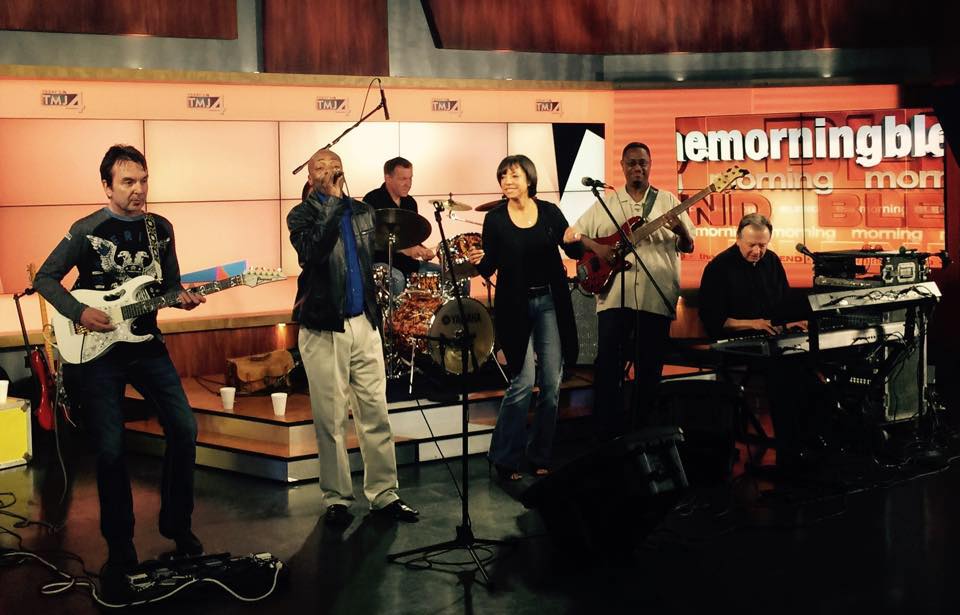 Streetlife with Warren Wiegratz has been rocking the Milwaukee area and beyond for decades. The band has received many awards, including a Wisconsin Area Music Industry (WAMI) award for “Best Contemporary Jazz Group” and “Best Adult Contemporary Group.” They’ve also been the  the Milwaukee Bucks house band for many years, and have been featured on TNT, ESPN and in the worldwide music magazine Roland Users Group.

The band features Wiegratz on Saxophone, Keyboards and Flute, and he has quite a bio.  The WAMI Hall of Fame inductee has also composed the scores for the movies Dreamweaver and Lady Mary. His composition “Felicia” is featured on the soundtrack of  I Love You to Death, a Columbia/Tri-Star Pictures release. Wiegratz has performed and recorded with countless renowned national and international artists, including Phil Collins, George Duke, Al Dimeola, Lenny White, The Temptations, Gladys Knight and the Pips, The Supremes, Jaco Pastorius and Wayman Tisdale.

The other members of Streetlife include Vocalist Joe Jordan, winner of several WAMI awards including “Best Male Vocalist” and “Top B&B Artist,” and Vocalist Rhonda Begos, a Berklee College of Music graduate who has sung with the area’s finest bands and several national acts, along with Brian Dale on Drums, Eric Hervey on Bass, and Peter Mac on Guitar.

The band will be performing at Jazz in the Park this Thursday, July 16th, at 6:00 p.m. in Cathedral Square Park. The band responded to our questions via email.

How did you get your start?

The band originally started in the Appleton area in the early 1980’s. There have been over 25 musicians who have been regular members of Streetlife. There are no founding members left in the band at this time.

We have been performing at Jazz in the Park since the early 1990’s. It is a beautiful setting with great acoustics.

A unique blend of R&B, Jazz and Contemporary styles.

We always try to involve the audience by encouraging to sing along and dance.

How would you describe the state of jazz and R&B music today?

Jazz is always changing and adapting to the times.

It is not easy. We have to be good jugglers and have understanding mates.

We love it when the audience starts dancing to our tunes.

Performing one year in the rain and having the audience stay and dance. Also, we recorded a “Live” CD at Jazz in the Park.

To keep progressing in our musical journey.

What drew you to the kind of music you play?

We will be performing in Manitowoc for the Scenic Shore 150 Charity Bike Tour on Saturday, July 18th.

We view mistakes as a way of creating new musical ideas.

What was your most memorable show to date?

Wow, there have been a lot of fun shows. One could be backing up Danny Gokey at a Milwaukee Bucks home game a few years back.

Jazz in the Park, the Boerner Botanical Gardens, the Plymouth Jazz Crawl.

How is performing jazz different from playing other genres?

We love the freedom and the exchange of ideas that instantly happen with jazz music.

With Summerfest (thank you Mayor Henry Maier), Jazz in the Park and other summer venues, Milwaukee is a great musical city. We would hope other cities follow Milwaukee’s lead.