But which Democrats are likely to back it? 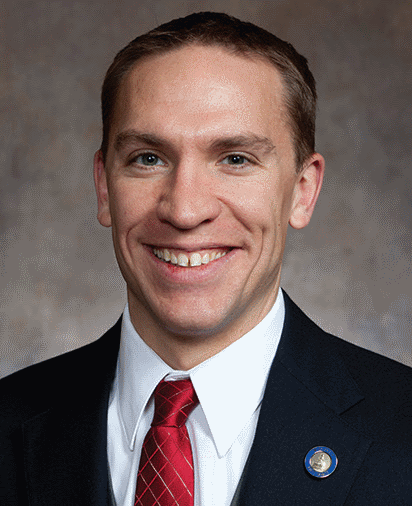 A three-act drama plays out this week in the Capitol. The actors are Republican Gov Scott Walker, Republican legislators who control both Assembly and Senate, and Democrats scrambling for issues they can use to climb back into power. And they’re all playing with your money.

Here’s the script for this week’s political drama, As the Capitol Turns.

Wisconsin’s NBA team needs a new home, which they say should be a $500-million new downtown Milwaukee arena, or they will leave Wisconsin. Current and past team owners will pay half; public funds – including a $55-million stake from state government – will pay the other half.

But the “built it, they’ll stay” plan is the most unpopular major issue pending, since it would help billionaire Bucks owners and millionaire players. A majority of the 132 legislators privately want the Bucks deal approved, but only a few dozen are willing to stand up in public and vote for it.

Senate Majority Leader Scott Fitzgerald said he wants the 33-member Senate to vote on that Bucks funding plan next week, even though he can’t guarantee that it will pass and go to the Assembly, where it has more support. Although Republicans hold a 19-14 Senate majority, Fitzgerald said some Democratic senators will have to vote for the Bucks arena deal for it to pass. That’s because some Republicans – starting with Sen. Rick Gudex, of Fond du Lac, who won by only 600 votes in 2012 and is up for re-election next year – can’t vote for any Bucks deal.

But what’s the number of Democrats needed to push the deal across the Senate finish line: Three? (Milwaukee Sens. Nikiya Harris-Dodd, Lena Taylor and Chris Larson are likely candidates.) Four? (Madison-area Sen. Jon Erpenbach, who has worked with Milwaukee Mayor Tom Barrett for decades, seems open to persuasion.) Five? (Could Democratic Senate Leader Jennifer Shilling (D-La Crosse), who many in the party want to run for governor in 2018, vote for the Bucks deal?) All very dramatic, but meanwhile there are signs the Milwaukee Bucks owners believe passage is a sure thing, as Dave Reid reports.

The 2015-17 state budget the Assembly will vote on next week will not raise the gas tax or $75 annual vehicle registration fee, and it would borrow outright $500 million – $800 million less than what Walker recommended in February – to repair highways over the next two years.

Borrowing only $500 million will force delays in highway projects statewide, including the north segment of the Milwaukee-area Zoo Interchange, the busiest crossroads in the state. East-west construction on the Zoo Interchange – the core of the project that is halfway finished – would continue.

The GOP budget will would also authorize an additional $350 million in borrowing, but only on projects approved by the 16 politicians on the Joint Finance Committee. The committee has 12 Republicans and four Democrats; none are engineers.

Why give elected officials – and not WisDOT professionals – new oversight powers over which highway projects are approved? Because legislators from rural areas want to make sure that projects statewide – in their regions as well as in the Milwaukee-area — are equally approved or equally delayed.

But that means that only projects in districts represented by Republicans may be approved, warned Erpenbach. “I’d hate to be in the minority party and need a project.”

Which leaves this Act 2 cliff hanger: Will legislators insist on saying that future road projects go through them, or go back to letting WisDOT professionals do their jobs?

Act 3: Which Republicans Prevail on Wages?

Wisconsin’s prevailing wage laws were passed in the 1930s, when the Great Depression required that pay and fringe benefits be high enough to let workers provide for their families. Now, however, legislators like Rep. Bob Kulp (R-Stratford), a roofing contractor, say it means that a worker on a government project makes up to $51 per hour, while his neighbor working on a job for a private company makes $25 per hour.

Some Republicans want to repeal all prevailing wage laws. Others favor compromises that would repeal wage requirements only on local government projects. Some Republicans  – and every Democrat – want no change in current laws.

The Assembly will debate this issue first next week, giving Senate Republicans – entering from stage right – the final lines in Act 3.

4 thoughts on “The State of Politics: Bucks Arena Will Need Democratic Support”