For country haters, the new shows announced also include Mutemath, Passion Pit, and we kid you not, Alvin and the Chipmunks.

By Amanda Mickevicius - Jul 2nd, 2015 02:41 pm
Get a daily rundown of the top stories on Urban Milwaukee 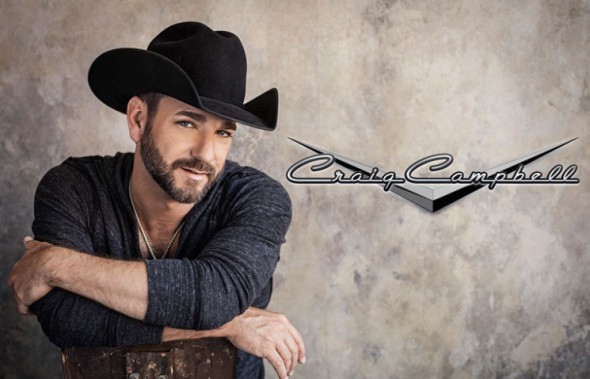 Alvin and the Chipmunks are coming to town? Yep, not to mention, Mutemath, Passion Pit and a country music festival. Is this a great town for entertainment or not? Here are the latest shows and ticket prices announced.

Brooklyn-based rapper Talib Kweli and his Midsummer Night’s Dream Tour appearance was announced a couple of weeks ago. The latest news on the show is that Milwaukee’s own True Skool DJs are the opening act for this socially and politically aware performer. TRUE Skool programs use urban arts to engage middle and high school aged youth in history, culture, and community. Hip hop has been a channel for artists to speak to people about social injustice and political issues. TRUE Skool uses this form of music as a tool to educate Milwaukee’s youth. The DJs will open for Kweli, who will be making his Turner Hall debut.

Headliner Craig Campbell plus Lewis Brice, Wheelhouse, and 11 of the Midwest’s best country artists will perform in this late-summer festival. Campbell is an American country singer from Georgia who has had six different songs rise up the charts. His biggest hit, “Keep Them Kisses Comin,” was among the top 40 country songs in 2014. Additionally, sounds from Saddlebrook, Chicken Wire Empire, Rebel Grace and other country performers will fill three stages in just one evening.

Mutemath is a Grammy-nominated rock band from New Orleans. Their alternative sound draws from 60’s and 70’s era psychedelic rock using synthesizers and keyboards to create a sound perhaps as distinctive as their name. (How they came up with that odd moniker is explained, sort of, here.) Their single “Spotlight” was featured in the popular film Twilight, which launched it all the way to number one on the Billboard Hot Singles Chart for two consecutive weeks in 2009. Mutemath’s fourth album is due this fall while the band tours the country.

Passion Pit is an indie/electronica band from Cambridge, Massachusetts. The band was formed in 2007 by lead vocalist and keyboard player Michael Angelakos, and has rotated live performers through the years. Passion Pit toured as the opening act for the popular English band Muse (not to be confused with Mutemath) in 2010, performed on Saturday Night Live in 2012, and their latest album, Kindred, was just released in April of this year.

The Chris Robinson Brotherhood is a psychedelic rock ‘n roll band from California. (Hm, big week for psychedelia.) The lead singer of The Black Crowes, Chris Robinson, formed the Brotherhood when the Crowes went on hiatus. Their unusual start came in 2011 with 50 performances in just 9 short weeks in California, before they even tried to gain national attention. The current tour is in support of their latest album release, Phosphorescent Harvest.

Alvin and the Chipmunks

It’s the beloved Chipmunks like you’ve never seen them before – not on TV. Oh yes, and performing live for the first time on a national tour. Alvin, Simon, and Theodore go face-to-face once more with their villainous arch-nemesis, Ian Hawke. This show is billed as entertainment for all fans of all ages, and will even feature a pop concert with songs from Maroon 5, Christina Aguilera, and Elvis Presley. One lucky, or perhaps unlucky audience member will even be brought on stage to help the band play the drums. Alvin is sure to disrupt a smooth performance (heck he’s a chipmunk), but the audience should expect a show with big production values, special effects, and costumes from a Tony winning designer.