By Matthew Wisla, Milwaukee Neighborhood News Service - Jun 18th, 2015 10:19 am
Get a daily rundown of the top stories on Urban Milwaukee 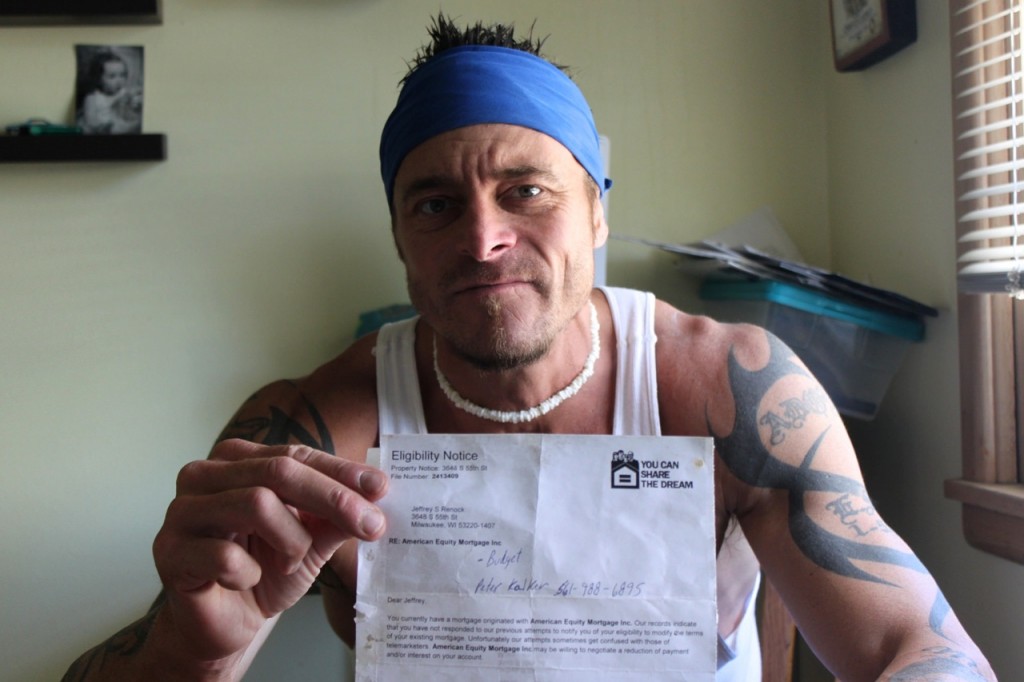 Mortgage scammers sent this letter to Jeff Renock, leading to his bankruptcy. Photo by Matthew Wisla.

Just when Jeff Renock’s take-home pay was being reduced, a letter arrived promising financial help. It claimed to be an eligibility notice for a mortgage loan modification program and featured a logo used by the U.S. Department of Housing and Urban Development and the California Department of Fair Employment and Housing. Renock, who lives on Milwaukee’s South Side, saw it as an opportunity to reduce his monthly bills, but what looked like a lucky break resulted in disaster.

“It destroyed me financially,” Renock said.

Renock, 41, was the victim of a mortgage rescue scam. Over the next several months the California-based scam operation swindled him out of $1,500 in fees while promising to work with his mortgage company to lower his payments — which never happened. In the meantime, Renock was advised to stop paying his monthly mortgage while everything was being finalized and not to talk to his lender. 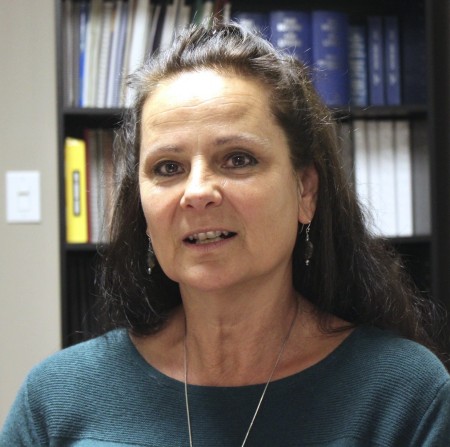 Bethany Sanchez, senior administrator at the Metropolitan Milwaukee Fair Housing Council, said the first red flag in cons such as these often comes when the scammer asks for an upfront fee.

“It’s illegal under federal and state law for anyone offering mortgage modification services to request payment upfront,” Sanchez said. Homeowners also should never stop paying their mortgage unless they have independently verified the arrangement with their mortgage holder.

The Fair Housing Council recommends that homeowners who are struggling to keep up with their mortgage seek financial advice sooner rather than later, and work with nonprofit housing counselors. Homeowners should stay clear of organizations or individuals that guarantee results, advise against communicating with the mortgage lender or use high-pressure sales tactics.

Rip-off artists posing as middlemen promising to lower mortgage rates for homeowners began popping up in 2005 at the outset of the financial downturn and became more commonplace after the resulting home foreclosure crisis.

“Starting a few years ago we began seeing an increase in these types of scams,” said Sanchez. In addition to collecting an upfront fee of thousands of dollars “to get things started” scammers sometimes demand an ongoing monthly fee, usually withdrawn directly from the homeowner’s bank account.

Recently, scammers appear to be targeting immigrants and the Latino community in Milwaukee, preferring to focus on people who may have poor English language skills and who are less likely to report the crime, Sanchez said.

Scams can go on for a year or more. Renock received his letter in April 2011 and didn’t realize he was being taken until late 2012 when he was notified that the bank was foreclosing on his house because the mortgage hadn’t been paid. By that time he owed more than $20,000 in back payments and penalties. 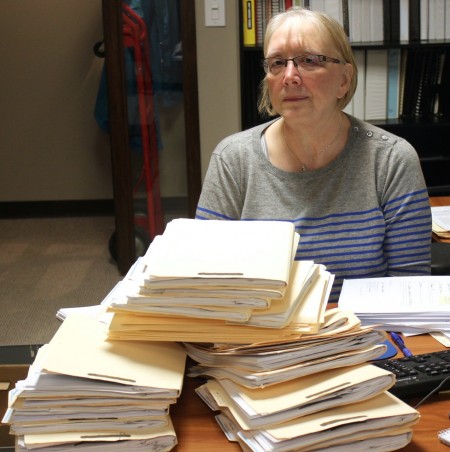 After declaring bankruptcy and failing in an initial attempt to negotiate a mortgage modification agreement with his lender, Renock thought that he and his daughter would need to find another place to live. On a hunch he made one last try at working out an agreement with his lender to restructure his debts. This time the lender agreed and later this year Renock will make the final payment to retire the debt created during the scam.

Looking back, Renock is surprised he fell for a scam. For the last 11 years he has worked as a prison guard for the Wisconsin Department of Corrections. “Especially with the job I have I’m usually a very skeptical person,” he said.

According to the Fair Housing Council, mortgage rescue scams are frequently most effective on homeowners searching for a way to navigate financial difficulties. Like Renock, some recently experienced a sudden drop in income, while others are dealing with a job loss or medical bills.

Many con artists fabricate convincing looking websites, letters and other materials. To engender trust and manufacture an aura of legitimacy they frequently use logos from real organizations and government entities.

Mark and Kim Pultz were taken in by an ad Mark saw on TV. He had lost his job in the financial downturn and the monthly bills were becoming a challenge. The Florida law firm in the ad said it could lower the couple’s mortgage for an upfront charge of about $1,200 and a monthly fee that was less than the amount of the mortgage payment. It was all a sham and the Pultzes eventually filed for bankruptcy and lost their house in Waupun, Wis.

“The house went into foreclosure and in the end our mortgage company basically evicted us,” Kim said.

About 60 percent of scam operators nationally as well as those contacting Milwaukee homeowners are attorneys or people posing as them, according to the Fair Housing Council. The ranks of scammers are also populated by former mortgage brokers and real estate agents.

In December 2013, authorities in Illinois brought federal fraud charges against a former licensed real estate broker and two alleged accomplices for cheating 54 suburban, mostly Hispanic, homeowners out of $220,000. But arrests are rare, according to Sanchez. Most scammers are adept at regularly changing locations and cons. Also, the sheer number of scam operations overwhelms law enforcement. For example authorities in Orange County, Calif., told the council that they receive 10,000 mortgage scam complaints every month and are able to follow up on very few cases.

Traci Tarnowski is among the fortunate homeowners to recoup a portion of their losses. In summer 2011, after her husband lost his job, Tarnowski received a phone solicitation from a California law firm offering to reduce the couple’s mortgage. The Tarnowskis paid fees upfront but got the Fair Housing Council involved once they realized they were being scammed. In April the Tarnowskis recovered $3,450 paid in fees but lost their house in Oak Creek and filed for bankruptcy.

Victims of mortgage rescue scams often harbor long-lasting scars beyond the financial losses and effects of bankruptcy. “I don’t trust anyone anymore. Nobody,” said Renock.

Kim Pultz said that buying a house was her husband’s idea and now she refuses to even consider purchasing another. “I don’t care if it’s the American dream,” she said.