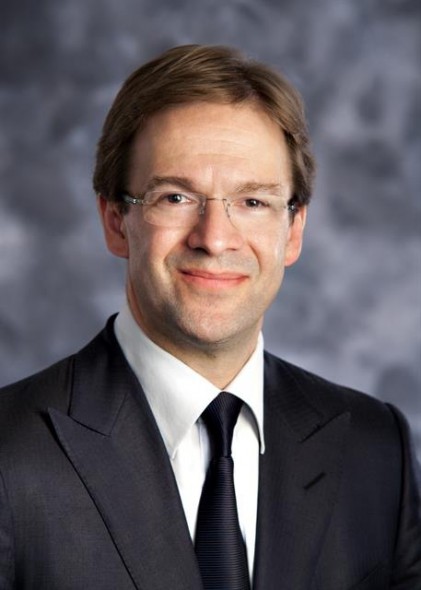 A key part of the proposed plan to create a new arena for the Milwaukee Bucks — certifying “uncollected” debt owed Milwaukee County for state collectors to grab — is unlikely to generate anywhere near the $80 million over 20 years the proposal envisions. It’s also not clear that Milwaukee County Executive Chris Abele has the power to unilaterally approve such a measure without the county board’s approval.

According to Milwaukee County Budget Director Steven Kreklow, the county is awash in debt, with some $120 million owed it, as he explained to Milwaukee Journal Sentinel reporter Don Behm. Kind of makes you wonder why the county doesn’t try a little harder to collect all that debt. We taxpayers would certainly appreciate it.

But it turns out, that $120 million figure is rather suspect. Most of it — some $76 million — is owed to the county courts but the vast majority of that is restitution money that must be repaid over time to victims of crimes, explains Dave Ehlinger, Fiscal Operations Administrator for the courts. In short, the state can’t get its hands on this debt to fund a new NBA arena.

Another big chunk of the $76 million is money the state already collects. (The county largely operates not as an independent government, but as the local administrator of state programs.) And by the way, when the state does collect debt, it finds that about 11 percent of debt is uncollectible, Ehlinger notes, because the party may not pay Wisconsin taxes, has moved out of state, can’t be traced because the Social Security number isn’t correct or for other reasons.

In response to a request from Milwaukee County Comptroller Scott Manske, Ehlinger prepared a huge, 13-page analysis of the courts’ out standing debts (going back 20 years) with colored charts by which he concludes that the amount of uncollected debt the state could likely collect is about $100,000 per year, or less than $2 million over 20 years.

The next biggest category is delinquent property taxpayers, but Kreklow told the JS the county already collects more than 90 percent of this, which leaves less than $2.5 million, which may simply represent the 10 percent (or less) that is uncollectible. Just how much more those tough state bill collectors could grab is open to question.

Beyond these two big categories of debt, we’re left with just $19 million owed for county ambulance and other EMS charges, and other unspecified county service fees. My guess is this debt also goes back many years and a high percentage is owed by indigent people, which, beyond the unsavory spectacle of the state squeezing them for every last dollar to benefit billionaire sports owners, again presents the 11 percent uncollectible debt challenge: how much of this $19 million is also uncollectible?

Manske notes that “it’s really not debt” that’s being discussed for the Bucks plan, but “uncollected receivables.” Will it be easy to collect? “No,” he answers.

All which seems to leave the county far short — probably more than $60 million — of the uncollected debt needed to pay the $80 million for the arena which Abele has agreed to in negotiations. Which means the money would really come from the state reducing its annual aid to the county. And that, in turn, would force the county to further cut back the transit system and the parks, or perhaps emergency ambulance services – all to benefit billionaire owners and millionaire basketball players. I wouldn’t want to run for reelection as county exec on that kind of platform.

Nor is it clear that Abele would have the power to certify these remaining county debts for collection by the state. “It really depends,” says County Corporate Counsel Paul Bargren. “It depends on the details of what the debt is.”

“Some of that (state collection of debt) goes on now,” he notes, referring to the courts. The implication is that some adjustment to let the state collect even more of the court system’s debts could be approved solely by the county exec. But at best, as Ehlinger notes, that wouldn’t yield more than $100,000 a year.

As for whether county board approval is needed to certify any other department’s debts for state collection, Bargren says that depends on how the state bill authorizing funding of the arena is written. “They could change the state statues,” he notes, to simply give the county exec the sole authority to approve this.

In short, the state legislature might need to reduce the county board’s power even further, before there has even been a chance to test how well the current system (under which county supervisors drop to part time salaries and status in Spring 2016) has worked out. Certainly Republican legislators could vote for this with little blowback from their constituents, who live outside Milwaukee County. But what about Abele: is he going to support yet another power grab for the county exec simply to do an end run around the board to bail out the Bucks?

Abele won’t talk to the press so it’s unclear why he volunteered the county to provide this $80 million, which seems far beyond what the city is offering. But he has compounded this giveaway with his proposal to sell 10 acres within downtown’s Park East strip for $1 to the Bucks owners for a variety of developments, from residential to office, bars and restaurants. Yet an appraisal firm hired by the county says the parcels together are valued at $8.8 million, as Journal Sentinel reporter Tom Daykin has reported.

Do we really need to offer yet more giveaways to the three Bucks owners, who are among the wealthiest people on the planet? The Abele administration has justified the giveaway because of the development would “realize… new jobs, workforce training and an expanded tax base,” but that’s true of any development and hardly justifies given the land away for nothing.

His detractors are already pointing to the fact that Abele has first-row, center-court season tickets for the Bucks and now owns a condo in the Moderne, whose value could rise due to proximity to a new arena, sports and entertainment district, not to mention that the land he is willing to give away will create development right next to the Moderne. These attacks might be unfair, but that doesn’t mean an opponent won’t raise them when Abele next runs for office. As former state senator George Petak learned, when he was recalled from office by his Racine-area constituents for favoring the Miller Park subsidy, voters can get angry about sweetheart deals for pro sports owners.

Update 8:30 a.m. June 5: Yesterday’s press conference with an update of arena financing offered no additional details on the county’s portion of the subsidy. We’ll report back if and when the county Comptroller provides more information.