Will the East Side Go Solar?

City’s solar program, previously launched in Bay View and other neighborhoods, now targets the East Side. 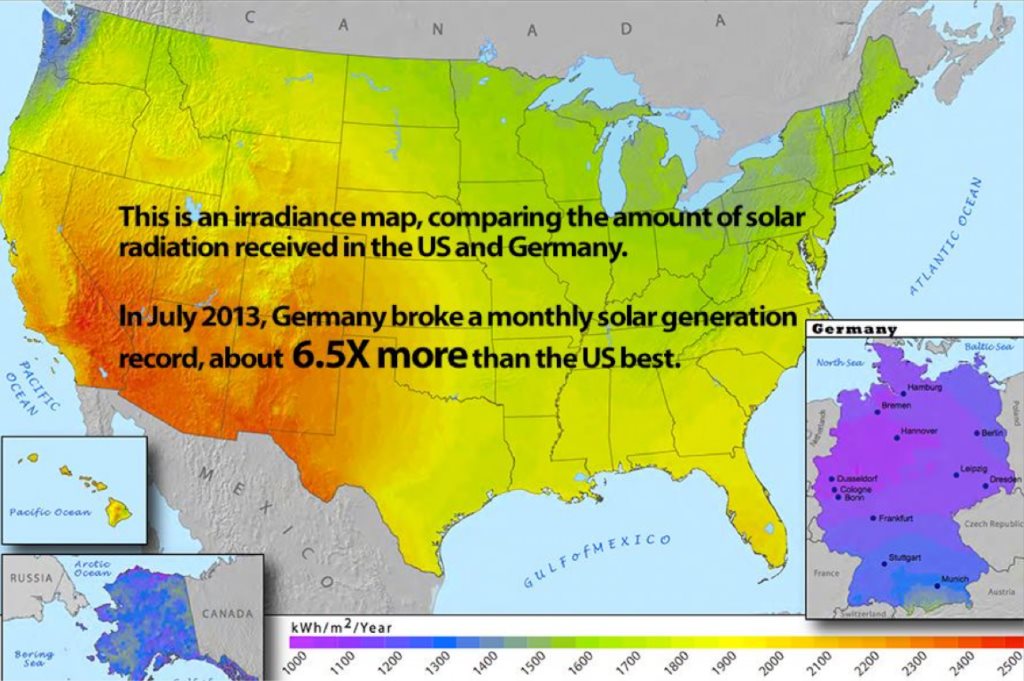 Milwaukee may not seem like it gets much sun, but it actually gets more solar radiation than Germany, a leading adopter of solar energy. In that country, solar power now produces 50.6 percent of total electricity demand.

In the United States, only about one-half of one percent of electricity come from solar power, though that is increasing quickly: a solar panel is installed every 2 and a half minutes in this country and U.S. solar jobs have increased by 86 percent in the last four years. This explosive growth is the result of solar systems’ increased efficiency and decreasing costs.

With the goal of decreasing the long-term costs of electricity for Milwaukee homeowners, the City of Milwaukee created a program, called Milwaukee Shines, which works to promote solar power in neighborhoods, and was launched with a pilot program in Riverwest. The program has also had great success in Washington Heights and Bay View; to date, 238 kW (kilowats) of solar panels have been installed in the city.

The city has now expanded the program to the East Side, and representatives of the city’s Office of Environmental Sustainability outlined their program to bring Milwaukee residents solar energy in a helpful presentation at Colectivo on Prospect on May 21.

The program has created a “Neighborhood Solar Group Buy Program” which brings home owners and businesses together to purchase solar panels at a more affordable price. The more residents participate, the more equipment the installers can buy in bulk and the lower the cost of the panels for everyone. The program also offers education, instructing residents on how solar energy works and whether it’s the right fit for their home. An advisory team selects the best installer for the neighborhood based on their certification, experience, cost, and ability to handle multiple installs at a time. They also choose installers that use American-made products. Interested participants can receive a free assessment from the selected installer to see if solar energy is right for them.

While the program is now focused on the East Side, it’s open to any neighborhood in Milwaukee and any resident or business. The city also has many different partners working with the program, including Midwest Renewable Energy Association, Murray Hill, 91.7 WMSE, UWM, and Colectivo.

Solar energy works by taking photons from the sun and using them to excite the electrons that run down the silver lining of the panels. An inverter then transforms the energy from the electrons from DC to AC. It’s then fed through the electric meter hub and sent throughout the house.

Solar energy systems employ a system known as net metering. A home owner’s energy system is integrated on a grid. The grid sends information to the utility company, who keeps track of the info on a monthly basis. If the system senses excess energy being produced, then the energy is added to next month’s use. Think of it as rollover minutes. Those who want to opt out of being connected to the grid, such as those with houses in remote locations, can store their excess energy in a battery for an extra cost.

Energy absorption of the sun is at its most optimal when the roof of a home or business faces the south. Excess shading from trees or electrical poles can inhibit energy absorption. Installers can assess your roof to determine its sun power potential. There are many work-arounds to combat excessive shading, such as ground-mounted and pole-mounted units. You can even install a motor under the solar panel that tracks the movement of the sun from east to west for maximum efficiency; this comes at a much larger cost and a risk of breaking, however. Other considerations to take in are the need for re-roofing, the structural integrity of the roof, and how long you intend to live at the house.

The program encourages clients to enroll in the Milwaukee Energy Efficiency program before committing to solar energy. Me2 helps homeowners and businesses make their buildings more energy-efficient through financial incentives and loan programs. Me2 also encourages people to use simple products and techniques to reduce energy consumption, such as using LED bulbs and limiting how long appliances are turned on.

The initial cost of a 3kW solar system (which is the average for home installation and produces 10Kwh/day or 3650Kwh/year) is $12,000-$15,000. But there are a few incentives to keep prices low. The Focus on Energy Incentive allows for $600 off for every kW installed up to $2,400 off. You can also get a 30 percent Federal Tax Credit if you claim the solar system on your taxes. This means that you can potentially reduce the cost down to $7,140-$9,240.

By getting a large group of residents or businesses to purchase solar systems, the installer can buy in bulk and reduce the price of installation for everyone involved. The price for group buying is around $10,500 for a 3kW system. But with the incentives above, the price can be reduced to around $6,090.

There are a few extra costs to deal with, however. In addition to the optional batteries and mounting systems, there is a 75 percent fixed charge added to the utilities bill by We Energies. There is also a solar surcharge of $3.80 per kW ($11.40 for a 3 kW system) charged by the company, and the company has reduced the value of solar production for its home and business producers from 14 cents/Kwh to 3 cents/Kwh. But a recent lawsuit may change these policies, which solar advocates argue will result in over charging customers.

Solar power can can increase the resale value; solar homes “sold 20 percent faster and for 17 percent more than the equivalent non-solar homes”, according to the presentation at Colectivo. But most importantly, the solar energy gained can account for half of all of the energy you use for your home, meaning the system can pay for itself in a couple of years.

For more information about solar energy, and to request a site assessment, you can go to Grow Solar’s Virtual Power Hour website. You can also attend information sessions held by the program throughout the month of June. Check out Solar East Side on their website for times and locations. You might also want to also check out the 26th Annual Energy Fair in Custer, Wisconsin on June 19-21. Information and tickets can be found here.