At the time it dominated the view, before changes in Juneau Park and on the lakefront. 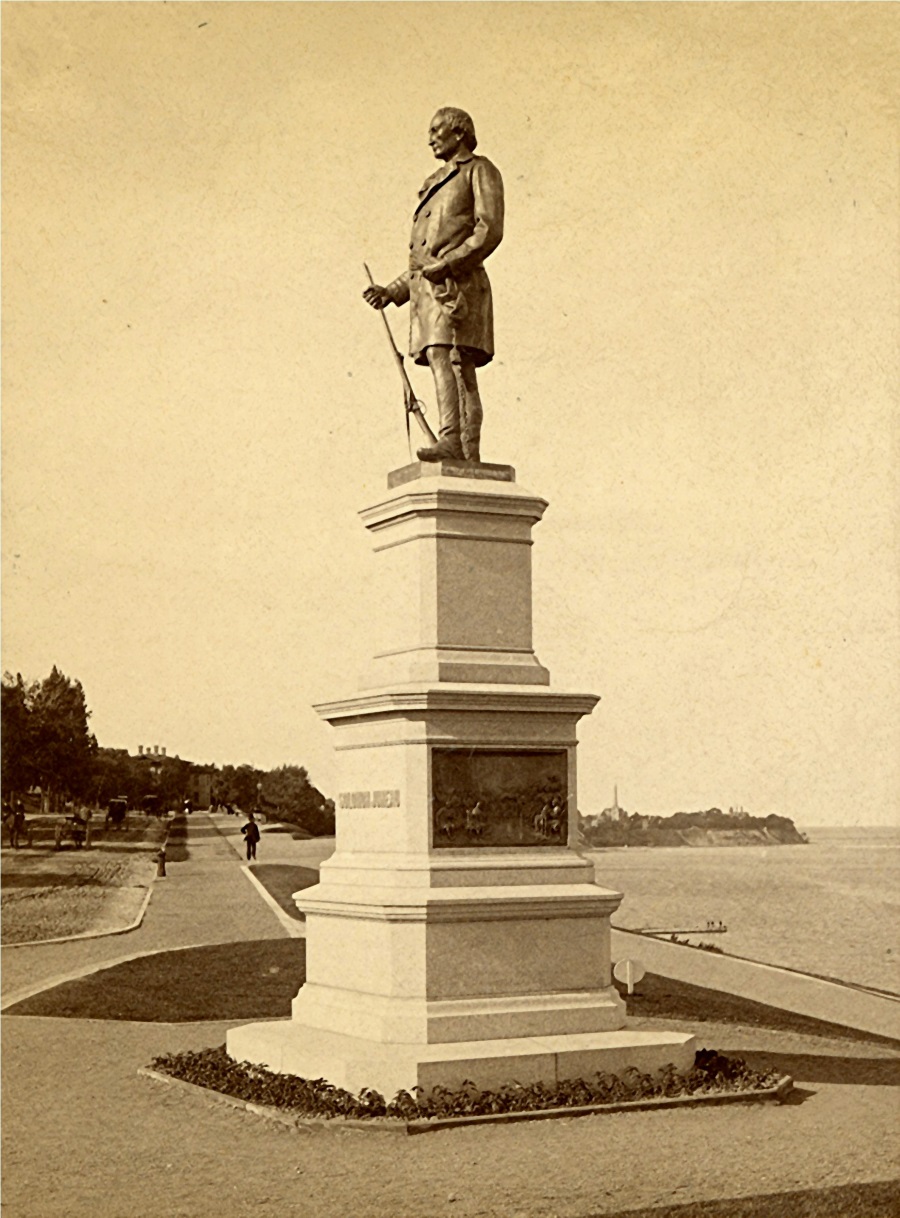 Last week we wrote about the statue of Leif Erickson erected in Juneau Park.  It was a nice addition, but far more important was the statue erected just a few months earlier, a memorial to Solomon Juneau himself, Milwaukee’s first mayor. A statue would be placed in the park in 1887, courtesy of the generosity of two local businessmen, Charles T. Bradley and William H. Metcalf. The two were owners of the prosperous Bradley & Metcalf Company, one of the largest shoe manufacturers in the country, and both were included in the Milwaukee Sentinel’s list of the 48 most prosperous men in Milwaukee in 1866.

This is a stereo view of the Juneau statue in its early days, a view from the top of the bluff. The winding paths and lakeside railroad tracks are invisible from this vantage point.

This stereoview was fittingly done by famed photographer H. H. Bennett, who had a longstanding and close association with Metcalf. Metcalf’s co-purchase of the Juneau statue was in keeping with the style of someone who was both an art collector and avid amateur photographer. He was also Bennett’s personal friend, customer/patron, promoter and financial backer, and learned photographic skills from Bennett. He sometimes accompanied Bennett on his photographic expeditions.

Metcalf is of special interest to photography collectors. In 1875 he financed the construction of a photographic studio for Bennett in Kilbourn, Wisconsin (now Wisconsin Dells), who won renown for his photos of that area. Bennett would also photograph many views of Milwaukee in the late 1870s and 1880s. Though an amateur, Metcalf also produced a few stereoviews of Milwaukee (very rare) and traveled to Japan to photograph a series of views that would be published by his friend Bennett. In later years Metcalf generously forgave the loan to his friend Bennett. Bennett’s studio is today a museum operated by the Wisconsin State Historical Society and is well worth a visit.