The MSO Showcases Its Outstanding Musicians

In quite different works by four composers, the Milwaukee Symphony Orchestra shines brightly.

The Milwaukee Symphony Orchestra took the stage at Uihlein Hall this weekend with a program perfectly tailored for showing off. Many stars from within the orchestra burned brightly, but this repertoire—featuring works by Dukas, Martin, Stravinsky, and Ravel—really pulled the best out of the entire ensemble.

The program opened with The Sorcerer’s Apprentice by Paul Dukas. It is hard for most of us to hear this piece without visualizing the scene from the animated classic Fantasia when Mickey Mouse dabbles in the wizard’s incantations and the magic goes disastrously awry. Without the animation, the audience was treated to well-controlled orchestral magic: The musicians cast a spell as they played Dukas’s showpiece with mystery, danger, and excitement. The bassoons led the famous march, firmly grounded by the comical menace of contrabassoonist Beth Giaccobassi. Bass clarinetist William Helmers also contributed good-humoredly to the proceedings, and solos by trumpeter William Williams and principal violist Robert Levine added magic dust to the colorful score expertly managed by guest conductor Cristian Macelaru.

The second work on the program was the Concerto for Seven Winds, Timpani, Percussion, and String Orchestra by Swiss composer Frank Martin. This concerto is a clever way to display the particular strengths of the wind instruments in a setting that emphasizes both virtuosity and the dialogue of sonic pairings. The seven soloists, all from within the orchestra, highlighted their talents to astonishing effect. Flutist Sonora Slocum has a great variety of colors in her arsenal, and her technical wizardry is equally inspired. Clarinetist Todd Levy always puts on a musical clinic: He’s in complete command of every aspect of his instrument; he can whisper a pianissimo like nobody else. The oboe, played by Katherine Young Steele, who had perhaps the least to do of the soloists in this piece, contributed elegantly to the musical conversation. Bassoonist Theodore Soluri is a spectacular musician; The bassoon is often hard to hear because of its limited dynamic range, but Soluri’s delightfully present playing was beautifully expressive. Hornist Matthew Annin performed with a combination of heroic boldness and serene sensitivity. Trumpeter William Williams, a welcome guest with the orchestra this season, plays everything with ease and panache. His articulations are crystal clear, and he has an awe-inspiring habit of coming out of the sonic fabric when appropriate and then, with total control, blending back in. And trombonist Megumi Kanda is amazing: She plays with a smooth legato that sounds like a great vocalist, and she, too, is always precise and elegant.

These seven wonderful soloists were joined by an equally distinguished timpani and percussion section manned by timpanist Dean Borghesani and percussionists Thomas Wetzel, Robert Klieger, Patrick McGinn, Andy Cierny, and Carl Storniolo, who delivered their big moment with rhythmic and dynamic distinction. The compact, exact strings of the orchestra created the ideal tonal balance and rhythmic foundation for the soloists to shine. The concerto is a tremendous example of how twentieth-century music can be modern while being tuneful, and quirky and angular without being puzzling.

After intermission the orchestra performed the Divertimento from The Fairy’s Kiss by Igor Stravinsky. If this concert were a dinner party, Stravinsky’s work would be the guest whose comments were unfailingly entertaining. Stravinsky orchestrates with surprise and charm, and the blended sounds sparkle as they catch the ear. The combination of horns and bassoons and trombones sounded like an all-new tenor instrument. The horns in the Stravinsky were particularly noteworthy for their well-matched sounds and articulations. The woodwind colors of Slocum and Levy were exceptionally beautiful. Cellist Susan Babini seduced the sound from her instrument, then seamlessly passed it over to the clarinet, and harpist Danis Kelly added yet another layer of color. There were many wonderful moments—a flute trio, more brilliance from Helmers, Kanda, Annin, and a deep, rich string sound that the orchestra ninety minutes south of here would be lucky to have. This great composition shows off the orchestra in so many ways that it’s hard to believe this was the first time the MSO has played it on a classics concert. When The Fairy’s Kiss is this well played, the MSO should consider making the work a regular part of its repertoire.

Speaking of regular repertoire, there are very few works quite as breathtaking as La Valse by Maurice Ravel. A burning fireworks factory in a lightning storm has less going on than this piece. Think Johann Strauss on an absinthe bender and you might get close to the manic energy stored up in this glittering, whirling, controlled chaos of a waltz. All throughout the program, I was impressed with the clarity and musical understanding present in the conducting of Macelaru. He kept balance, gave clear cues, stretched and flexed phrases without getting in the way, all the while showing great love for the music. But what really excited me about his conducting was the way he was able to exert that control and still trust the orchestra to uncork the madness in the Ravel and send the audience home tingling from excitement. Like the man shouting from the balcony declared after the performance: “Outstanding!” 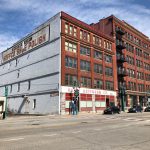