The Cult of the Free Market 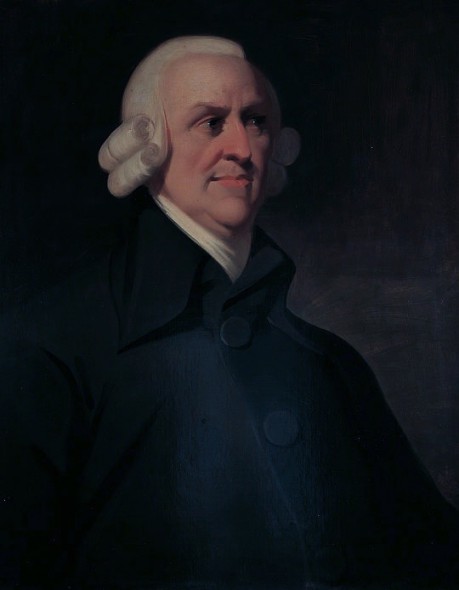 Recently the New York Times published an essay by its long-time international correspondent John Burns titled The Things I Carried Back. Burns concludes that what his experience taught him, “more than anything else, was an abiding revulsion for ideology, in all its guises.”

From Soviet Russia to Mao’s China, from the Afghanistan ruled by the Taliban to the repression of apartheid-era South Africa, I learned that there is no limit to the lunacy, malice and suffering that can plague any society with a ruling ideology, and no perfidy that cannot be justified by manipulating the precepts of a Mao or a Marx, a Prophet Muhammad or a Kim Il-sung.

My catalog of such moments in the grim dictatorships of the world could fill a book, or three. But coming home to the countries of the West, where nobody dies for a moment’s lapse in fealty to a prime minister or a president, it can be depressing beyond words to hear the loyalists of a given political creed — whether of the left or the right — adopt the unyielding certainties common in totalitarian states. Our rights to think and speak freely have been won at great cost, and we abuse them at our peril.

At one level I share Burns’ puzzlement as to why so many Americans voluntarily outsource their thinking to those more interested in preaching a doctrine than understanding how the world works. As Burns notes, the punishment for heretical thinking is much milder in the West than in other parts of the globe.

We are also a society that values thinking for oneself, at least in our rhetoric. Pollsters have found that in the last few years the proportion of voters describing themselves as “independents” has steadily risen. Yet it appears that true independents are increasingly rare; voters just like the sound of the word. Partisanship has gripped the land, and particularly this state.

Such ideology brings advantages to the person who subscribes to it. It removes uncertainty. If we limit our reading, radio, or television programs to those that share our ideology, we enjoy the pleasure of being right, of having our views confirmed as correct. I think this is what Justice Antonin Scalia had in mind when he told an interviewer he’d given up reading the Washington Post and the New York Times in favor of the Wall Street Journal and the Washington Examiner, publications that share his view of the world.

Ideologies also make it easy to separate heroes from the villains. And most important, ideologies supply answers to life’s most complicated and perplexing questions. Do you want to create 250,000 new jobs in Wisconsin in four years? Just cut taxes and government spending, hang out a sign that Wisconsin is open for business and the jobs will appear. Concerned that too many MPS kids don’t gain the skills they need? End the charter and voucher programs, end testing, use the money saved to double school budgets and the problem will be solved.

Data used wisely can correct ideology. It can directly contradict claims being made either by the ideologues themselves or by politicians hoping to win the ideologues’ favor, or at the very least, data can add depth and nuance to these claims. At the most, it can point to solutions not even being discussed.

Increasingly, however, we see data enlisted in the cause of ideology. Rather than a reality check on ideological claims, data are carefully filtered to become ideological recruits. The modus operandi is to start with a model of how the world works and look for data that supports that model. Contrary information is ignored.

The ideological use of data starts with a solution—for instance, a right to work law—and then searches out evidence to support that solution. The evidence is carefully cherry picked so anything that contradicts the preferred result is rejected. The usual cautions, notably against assuming that a correlation proves causation, are ignored.

Today’s most prominent ideology, at least in America in the economic sphere, is the cult of the free market that claims roots with Adam Smith’s An Inquiry into the Nature and Causes of the Wealth of Nations published in 1776. Smith is an unlikely choice as a cult founder: he was far from “a Mao or a Marx, a Prophet Muhammad or a Kim Il-sung.” Rather than an ideologue, he was one of the most prominent members of the Scottish Renaissance who prided themselves on challenging old verities. He was clear-eyed when it came to business:

People of the same trade seldom meet together, even for merriment and diversion, but the conversation ends in a conspiracy against the public, or in some contrivance to raise prices.

No fawning talk of “job creators” came from Smith. One can imagine his bemusement at the Wisconsin legislature’s decision to turn over the writing of its mining laws to a mining company:

The interest of [businessmen] is always in some respects different from, and even opposite to, that of the public … The proposal of any new law or regulation of commerce which comes from this order … ought never to be adopted, till after having been long and carefully examined … with the most suspicious attention. It comes from an order of men … who have generally an interest to deceive and even oppress the public.

One can imagine the reception Smith would receive from, for instance, the Wisconsin Manufacturers and Commerce.

The cult of the free market should not be confused with the market economy model that has proven very useful in the two centuries since Smith kicked it off. The model can be used to help our understanding; the cult constrains it.

Every month offers up a sample of the ideologue’s approach, when the Wisconsin Department of Workforce Development releases employment data for preceding months. The data are accompanied by a cover letter that stresses good news and buries bad news. The good news in the data showed unemployment dropping from 4.8 percent in February to 4.6 percent in March. The bad news showed jobs dropping by 4,300 from a February figure revised downward by 1,900. In other words, the March estimate was 6,200 jobs lower than the initial February estimate (a decline of 6,800 if only private sector jobs were counted). Rather than giving the reader both sets of news, the cover letter headlined the first and never mentioned the second.

This raises two mysteries about the filtering of data to reach a predetermined conclusion. Why doesn’t the reader realize he or she is being spun and switch to a less dishonest source of information? The second relates to the moral responsibility of the author of such carefully filtered data. Since the person most likely to uncritically accept such dishonesty is one already predisposed to the author’s viewpoint, is it fair to reward such faith with misinformation?

The non-ideological use of data is very different. Rather than starting with a solution and looking only for supportive data, it may start with a problem. It then asks what the possible solutions to that problem are. Data are used to assess the evidence for these possible solutions. The emphasis remains on finding the best answer to the problem. For instance:

In contrast to answers derived from ideology, the answers from honest research are often ambiguous. A fair assessment of the possible solutions will often include nuances and uncertainties.

Clean data is usually hard to find regarding public policy questions. For instance, states with right-to-work laws are far more similar to each other in many other dimensions than to states lacking those laws. Thus it is very difficult to tease out any differences caused by those laws.

In most public policy issues it is not possible to set up an experiment, where subjects are randomly divided into two samples and the result of applying a policy to one of the two groups is compared to the other group.  Even where such experiments are technical feasible, for example, by randomly assigning students to different schools in order to judge which schools are most effective, such an experiment is likely to be both politically impossible and educationally undesirable.

While the free market cult is the most prominent ideological player in Wisconsin today, it is not the only one. The right wing has no monopoly on ideology. On the left, an ideology that opposes charter schools, testing, and the Common Core has become influential in public education.

If there is a single theme that runs through the Data Wonk articles it is that of ideology. Making decisions based on an ideological view of the world is likely to lead to bad decisions. But for Data Wonk, at least, ideological decision making is the gift that keeps on giving, offering a steady stream of raw material for future columns.

9 thoughts on “Data Wonk: The Cult of the Free Market”