MANDI Awards Given at Gala Affair

By Sharon McGowan, Milwaukee Neighborhood News Service - Apr 17th, 2015 10:38 am
Get a daily rundown of the top stories on Urban Milwaukee 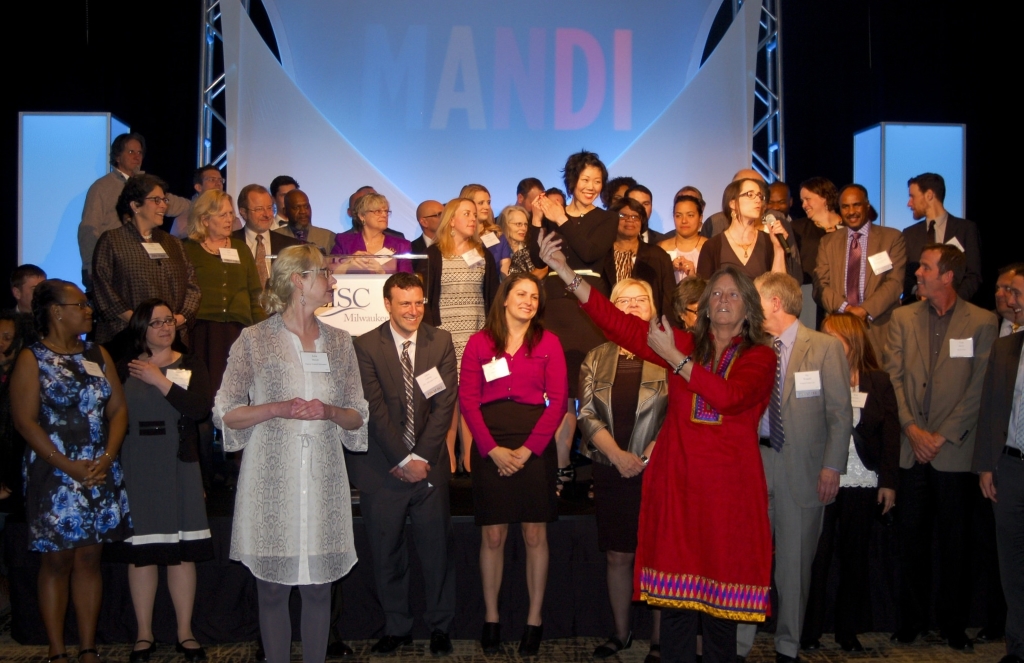 The Benedict Center’s Sisters Diversion Project, which also won the PNC Trail Blazer Award, offers an alternative to incarceration to stop the cycle of prostitution, working with police and prosecutors.

Guest House of Milwaukee’s Cream City Gardens and Rain Harvesting Project is a rainwater pavilion in the gardens across the street from Guest House, 1216 N. 13th St., which enables formerly homeless residents to grow food and learn marketable skills.

Express Yourself Milwaukee reaches out to youth in residential facilities, treatment shelters, juvenile detention residences and urban schools, offering healing and transformation through the arts.

The winners were announced at the Milwaukee Awards for Neighborhood Development Innovation (MANDI) gala at the Potawatomi Hotel & Casino on April 15. The awards ceremony is an annual event hosted by LISC Milwaukee and sponsored by U.S. Bank. More than 800 nonprofit, corporate and public-sector leaders attended. Its purpose is to call attention to individuals and organizations that work to revitalize Milwaukee’s most distressed urban neighborhoods.

Candidates are nominated by their peers and reviewed by a selection committee of 40 private, public and government volunteers. The committee chooses finalists and, except for the People’s Choice Awards, selects the winners.

Rotary Club of Milwaukee received the BMO Harris Bank Cornerstone Award, which recognizes an organization for its community commitment and effectiveness over time. The club has been active in revitalizing some of the city’s most vulnerable neighborhoods. Other finalists were Express Yourself Milwaukee (a People’s Choice winner) and the Pan-African Community Association.

Venice Williams of Alice’s Garden won the Northern Trust Navigator Award, which recognizes an individual for leadership and collaboration. Williams’ work at Alice’s Garden allows people to exchange gardening knowledge and to engage with one another. Other finalists were LaKetta Caldwell of the Boys & Girls Clubs of Greater Milwaukee and Todd Hutchison of Impact Seven.

Leo Ries, who is stepping down as executive director of LISC Milwaukee, received the Vision Award from Mayor Tom Barrett to a standing ovation. The award recognized his efforts in building partnerships among city stakeholders to help rebuild neighborhoods.