In less than two months, 28 small businesses have gotten loans. Kiva hopes to increase that to 200.

By Molly Rippinger, Milwaukee Neighborhood News Service - Apr 13th, 2015 11:32 am
Get a daily rundown of the top stories on Urban Milwaukee 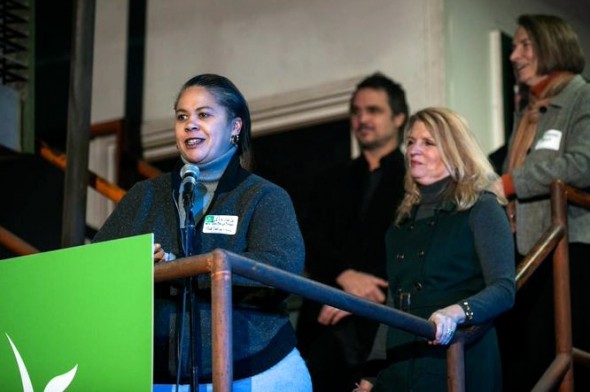 In a little less than three weeks and without stepping foot into a bank, Angela Moragne, an area entrepreneur, was able to raise $10,000 in capital for her small business. The money was a microloan from a recently launched crowd-funding initiative, called Kiva City Milwaukee.

“The great thing about Kiva was that it didn’t have the banking minutia — no profit and loss statements, no credit checks and all of that,” said Moragne, co-owner of That Salsa Lady with her daughter, Stevey Pitts. “It was the most seamless process.”

Moragne and Pitts attracted nearly 300 individuals to invest in their local salsa and chip business by making a donation through the Kiva Zip website.

“You can lend as little as five bucks,” said Moragne. “People could have used that money to buy a loaf of bread, some eggs or milk, but instead they invested in us.”

Kiva, which means “unity” in Swahili, was launched in 2005 as a way to help alleviate poverty in developing countries through microloans. The nonprofit initiative connected entrepreneurs who otherwise did not have access to start-up capital to an international network of lenders willing to contribute funds.

Lauren Stinson, a fellow with Kiva City Milwaukee, explained that within Kiva Zip there are 11 Kiva City programs, which have specific requirements. “First, there has to be some support from the local government and other organizational partners before the launch,” said Stinson. A Kiva City also has to establish a loan-matching fund and must welcome a Kiva fellow to work within the community for two years after the launch date.

Wendy Baumann, president and CVO of WWBIC, was instrumental in launching Kiva City Milwaukee. “I think everyone has already seen that this [Kiva] is a good thing for WWBIC and a good thing for Milwaukee,” said Baumann.

WWBIC helps Wisconsin entrepreneurs who may have trouble accessing traditional financing acquire small business loans. The nonprofit economic development corporation also provides resources that are crucial to entrepreneurial success, such as classes in finance and business.

Baumann explained that Kiva is a great option for entrepreneurs who might not meet the requirements for a WWBIC or traditional bank loan. “WWBIC is already a risky microlender,” said Baumann. “We lend to folks with colorful credit histories, with bankruptcies. But still, sometimes there’s stuff that’s insurmountable.”

Small-business owners and entrepreneurs can apply for a first-time $5,000 loan using Kiva Zip. Borrowers may not currently be in foreclosure or bankruptcy. Also, borrowers can seek out the endorsement of a Kiva Zip trustee. The trustee is a Kiva-approved individual or organization who vouches for the borrower’s character and ability to repay the loan. 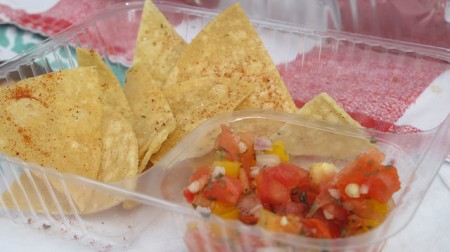 After a borrower completes the private loan period, the profile is publicly posted to the Kiva Zip website for 45 days, meaning anyone within the Kiva network can contribute funds.

“Kiva Zip is not only a vehicle for financing, but is also about connecting you to people, sharing your story and promoting your business,” said Stinson. As a Kiva City fellow, Stinson works directly with borrowers, lenders and community members.

Unlike the original Kiva model, Kiva Zip allows lenders to directly communicate with borrowers through the conversations feature. Lenders can ask questions about the business, give suggestions or leave messages of support.

“It’s a lot of encouragement to have people back you on Kiva,” said Moragne. “Ordinary lenders don’t care as much.”

That Salsa Lady was one of the first companies to reach its crowd-funding goal after Kiva City Milwaukee launched. The small business raised $5,000, which was then matched by the Milwaukee Economic Development Corporation.

Moragne and Pitts are paying back their loan in monthly increments of $275. They are using their Kiva funds to purchase a new, higher-capacity fryer, acquire licensing and expand their garden where they grow ingredients for salsa.

“The greatest part of Kiva is being able to do more with less,” said Baumann. She also appreciates the transparency of Kiva, meaning that everyone can see exactly how much money is being raised, who is contributing and what impact the funds will have.

“Ambitious business people are central to Milwaukee’s economic success,” said Mayor Tom Barrett in a press release before the official launch of Kiva City Milwaukee. “That’s why Kiva, in partnership with WWBIC and city government, is so important. It gives small businesses a tool that helps them grow.”