Republican plan for Milwaukee would allow high-performing charter schools to replicate without any approving authority.

By Jabril Faraj, Milwaukee Neighborhood News Service - Apr 7th, 2015 09:46 am
Get a daily rundown of the top stories on Urban Milwaukee 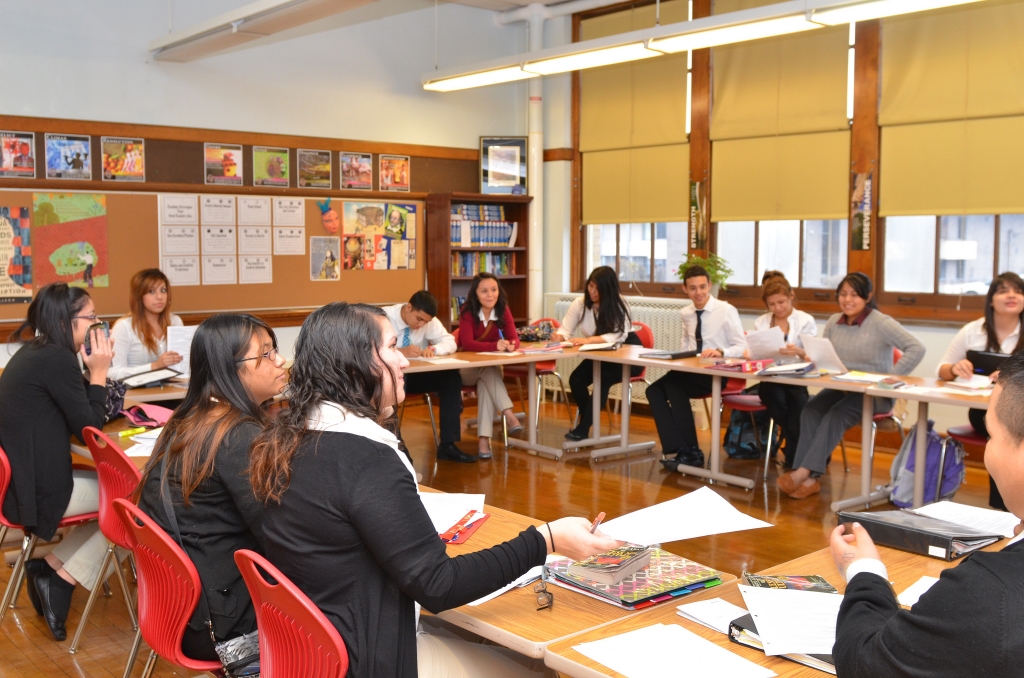 The heads of two successful charter schools in Milwaukee are questioning a recent proposal to allow high-performing charter schools to replicate without approval of an authorizing body, arguing that the plan is not in the best interests of the city.

The New Opportunities for Milwaukee proposal, released in January by Sen. Alberta Darling and Rep. Dale Kooyenga, states that “the red carpet should be rolled out for charter schools that are high performing.” Recommendations include allowing charters with math and reading test scores 10 percent better than local public schools for two consecutive years to replicate at will, and converting traditional schools in low-income neighborhoods to charters if they fail to meet expectations.

But Patricia Hoben, head of Carmen Schools of Science and Technology, and Robert Rauh, founding principal and CEO of Milwaukee College Prep, said allowing charters to replicate unchecked is not in the best interests of charters or the local educational system. About one-third of public schools in Milwaukee are charters.

“A high-performing … charter school should not be afraid of going through an authorization process,” Hoben said. “The process isn’t so complicated.”

Hoben opened Carmen South, a high school, in 2007 before expanding to include a Northwest Campus, which will eventually house grades 6-12. The Carmen Schools are authorized by MPS as non-instrumentality charters, meaning their staff members operate outside of the MPS teacher’s union contract although the schools remain under the district umbrella.

Carmen has consistently improved student achievement over the last four years, and fewer than 2 percent of students have dropped out. According to Hoben, there are more than 350 incoming freshmen on the waiting list at Carmen South for 2015-2016; the school plans to open a third location in 2016.

Besides the Milwaukee Board of School Directors (MPS), three other entities — the University of Wisconsin-Milwaukee (UWM), the City of Milwaukee Common Council and Milwaukee Area Technical College (MATC) — are currently allowed to charter schools in Milwaukee. MATC has never exercised that authority.

The rallying call of the national charter movement has been that greater choice and more schools will improve educational quality in all schools — in a sense, the idea that “a rising tide lifts all boats.”

Rauh added that while there have been obstacles to expanding charter schools, the replication process hasn’t been one of them. “I’m not sure where that comes from,” he said, referring to the New Opportunities for Milwaukee plan. 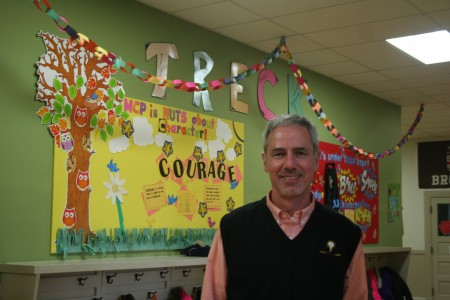 The National Association of Charter School Authorizers has released policy recommendations for replicating successful charter schools. The association argues that whether a school is worthy of replication “should be measured by defined standards for academic, financial, and operational performance.”

Rauh pointed out that simply looking at test scores is not sufficient, noting that charter schools working with students who haven’t been successful elsewhere are not going to have “phenomenal” scores. In 2013 Milwaukee College Prep’s schools failed to meet expectations for student achievement at all but one of its campuses; however, student growth scores consistently fell in the category of “significantly exceeds expectations.” Milwaukee College Prep was “singled out by the DPI (Department of Public Instruction) as one of the highest-growth schools in the entire state,” Rauh said. Growth refers to how much student knowledge of reading and mathematics changes from year to year.

Milwaukee Teachers’ Education Association (MTEA) President Bob Peterson said that policy makers should look at “a whole host of other factors” in addition to academic performance, including whether the social and economic needs of students are being met, before designating a school as “high performing.”

“I have no doubt that a school can just focus almost laser-like to try to raise certain test scores and then succeed,” he said.

New Opportunities for Milwaukee calls for creating a new board to oversee conversion of low-performing traditional public schools in 15 of Milwaukee’s poorest ZIP codes — areas with unemployment rates ranging from 10 to 46 percent — to charters. However, a 2013 study by the Center for Research on Education Outcomes (CREDO) at Stanford University found that 70 percent of charter schools performed at the same level or worse than traditional public schools in reading and math.

Darling and Kooyenga advocate issuing five-year charters — the standard length of a charter agreement in Milwaukee — to independent operators through a request for proposals process and presentations before the board.

However, Hoben objects to the notion that charter schools were “intended to create parallel universes that self-propagate and create their own little school districts.” Instead, she said, they were meant to “create innovative models that ultimately can impact the larger system.

“If we truly want to transfer knowledge and best practices … then we need to be working with the district (MPS),” said Hoben.

Peterson also criticized the idea of creating a new board. “It is colonial in … the sense that you have outsiders coming in to run institutions,” he said. “If we continue to privatize the basic infrastructure of public schooling, ultimately, it bifurcates the district and segregates kids on the basis of a variety of factors.”

Rauh said that converting traditional district schools to charters should be a “community-based” and “research-based” decision. He cited the success of the Philadelphia School District — where both former MPS Superintendent Gregory Thornton and current superintendent Darienne Driver have roots — and its Renaissance Schools initiative in “turning around schools.”

Nevertheless, some observers point out that the Philadelphia district has not done a good job holding poorly performing schools accountable. Since 1997 only three charter schools have been non-renewed or closed. As a result the district began an initiative last year to improve authorizing practices.

The ability to shut down poorly performing charter schools is essential, according to Tim Sheehy, who is president of the Metropolitan Milwaukee Chamber of Commerce (MMAC) and also sits on a number of charter, choice and other education-centered boards.

“I find [charters] the most accountable of any school because they operate on a charter and, if they don’t perform against their charter, that charter can be revoked,” he said.

But for charters to be revoked, strong authorizers are a necessity, Rauh pointed out. “If there’s a crappy charter school, then it better be getting shut down,” he said. “If not, then we’ve got an authorizer problem.” Rauh called UWM a “model of an excellent authorizer.” Hoben also praised MPS authorizing practices. MPS charters are held to the same public accountability standards as traditional public schools.

However, the Charter School Review Committee — the entity that authorizes the City of Milwaukee charter schools and reports to the Common Council — has come under fire from critics for not putting failing schools on probation.

Common Council President Michael Murphy acknowledged the need to examine past practices and said he is taking steps in that direction. “I’m looking at and speaking to educational experts around the country to look at best practices, in terms of our process currently, as it reviews charter schools, because I’ve not been satisfied with what has occurred in the past,” said Murphy.

However, he added, “It may become a moot point in three months,” referring to a proposal, included in Gov. Scott Walker’s 2015 budget, to create a state board that would oversee the approval of new authorizing entities. He said a Republican legislator told him that within a year “we probably won’t have any review of charter schools in Milwaukee because it’ll be overseen by somebody else.”

Murphy said he doesn’t view that possibility as a positive, but “it could be a distinct reality.”