By Teran Powell, Milwaukee Neighborhood News Service - Mar 27th, 2015 10:00 am
Get a daily rundown of the top stories on Urban Milwaukee 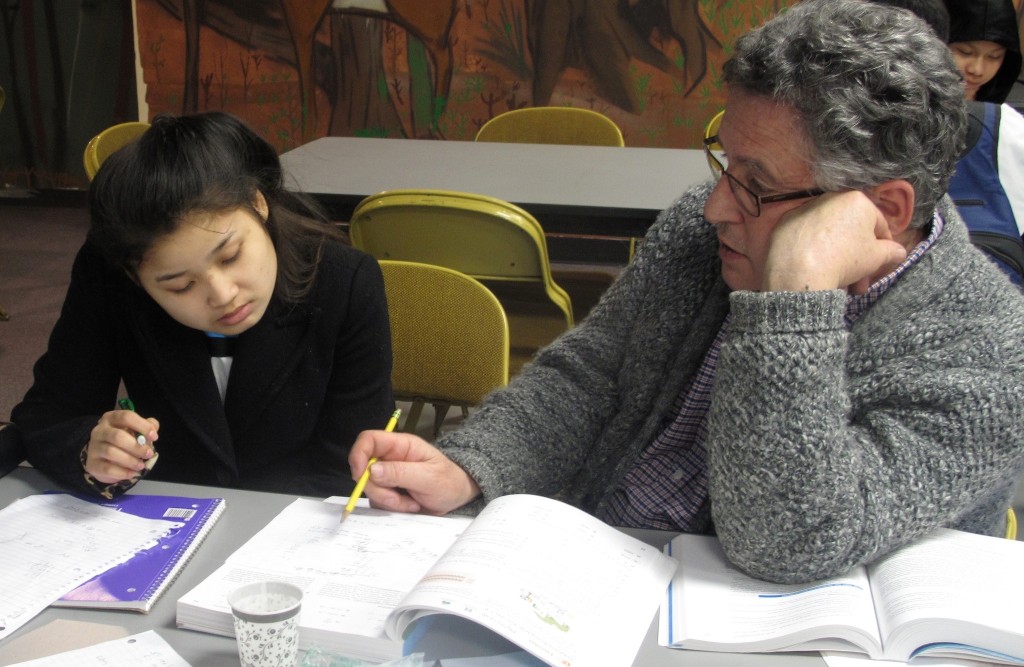 Choo Choo San, 15, an eighth grader at Humboldt Park Elementary School, is in her first year in the Burmese Immersion Project’s tutoring program.

“I’m a newcomer to my school and this program has helped me learn English and helped me with my homework,” San said. “English is hard for me because I come from Thailand and I have never learned English before,” she added. “I like to learn new things because I want to be better.”

On Tuesdays from 6:15 to 8 p.m. and Saturdays from 10 a.m. to 12 p.m., tutors help students with their homework in the Tree House room at Neighborhood House of Milwaukee, 2819 W. Richardson Place. The project moved to Neighborhood House from Ascension Lutheran Church in January.

“Neighborhood House has a long history of working with refugee communities in the Milwaukee area,” said Jeff Martinka, executive director. “We learned that a group looking to serve the Burmese population in Milwaukee was looking for a new home so we worked out a partnership where they were able to move their programming to Neighborhood House,” Martinka said.

The BIP partnership with Neighborhood House seemed like a natural fit because their organizations’ mission statements are so similar, according to Rebecca Schultz, executive director of the Burmese Immersion Project. “It was a no brainer,” she said.

The organization recently received a grant for English as a Second Language software, DynEd, to be used in the classrooms, and the Zilber Family Foundation provided a grant for iPads and headsets for students to use.

According to Schultz, “A program like ours which is designed to work with the Southeast Asian refugee groups and provide transportation to them is really important because we’re addressing all the different needs and all the different challenges that are presented to this particular group.”

Schultz and Robert Heffernan founded the project in 2011 after he noticed Burmese refugees he rented apartments to on Milwaukee’s South Side were isolated from the community and were not getting help to develop their English skills. 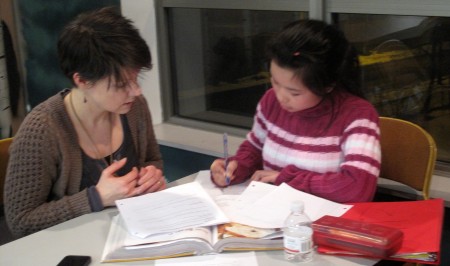 “It’s important to have a program like this because the Burmese population is so easily overlooked,” Schultz said. “People didn’t really know they were here or that the need was there.”

The Burmese Immersion Project serves 55 students offering a combination of homework help, tutoring and ESL instruction. The organization works almost exclusively with volunteers, which, according to Martinka is what is neat about the program.

Terry Salpeter, a second-grade teacher, decided to volunteer after her experiences during a couple of trips to Burma, also known as Myanmar. “I read about BIP in the newspaper and called immediately to volunteer,” she said.

At a recent session, Salpeter worked with Eh KeeLar, 16, a sophomore at Messmer High School. “I like this program because it helped improve my English a lot,” Eh KeeLar said. She has participated in the Burmese Immersion Project for about four years.

“I really enjoy learning a new language because I think it will help me get a good job and reach my goals,” Eh KeeLar noted. She added that she loves the tutors and friends she has made in the program.

Salpeter is also enthusiastic. “I love being with the BIP because after a day of teaching elementary school kids I get to come here and work with highly motivated kids similar to the kids I work with during the day, but it is a different experience for me,” Salpeter said.

“When I work with older students, I enjoy the curriculum and the conversations about learning I am able to have with them,” she explained, adding that she has so much fun with BIP that she forgets to be tired.