Any adults that stroll through the Milwaukee Public Museum, perhaps for the hundredth time over a period of 30 or 40 years, might note that much has changed while other things have remained familiar and reliable. In that span of time, the former front entrance has become the butterfly exhibit and now a solar panel wall. A bit further in, you can still find the Streets of Old Milwaukee and Samson the Gorilla. Other sections have seen upgrades with the times both in technology and font designs as well as in socio-cultural understanding. Still, a regular visitor knows what they will see on each of the three floors.

Yet the museum continues to update—those old streets of Milwaukee will close at the end of summer for nine months while MPM staff gestate on how to modernize and revise that entire venerable and historical wing of the museum. That will include a sort of return of the former Temples, Tells and Tombs exhibit that once inhabited the second floor but closed in 2008 to make room for special traveling exhibitions.

The new third floor exhibit titled Crossroads of Civilization: Ancient Worlds of the Near East and Mediterranean is adjacent to the Africa wing, in a space that once housed the Educational center for students (which is now on the newer ground floor entrance area).

The exhibit has been three years in the making and was made possible by contributions from the Northwestern Mutual Foundation and others. It looks at “how the ancient civilizations of Africa, Europe and Asia came together to form an epicenter of complex culture, creating not just a physical crossroads, but an intellectual one as well,” as stated by MPM’s press release.

This exhibit is in a way honoring a century plus of the museum-led international excavations and research, which was one of its primary functions when it founded in 1882. The exhibit’s creation was led by longtime MPM Curator of Ancient History Carter Lupton, along with MPM veteran Exhibit Designer Thomas Shea who coordinated the artists. Another significant contributor is Nora Boedeker, a MPM production artist who traveled with Arts and Exhibitions International during the traveling exhibit King Tutankhamun and the Golden Pharaohs.

As Lupton explains, “Crossroads of Civilization highlights the ancient world of the Near East and Mediterranean, featuring collections that have been off view for years. Our creation of this exhibit is significant to the community not only because Egypt, Greece, Rome and Syria have been part of the focus of MPM’s field and lab research, and are popular with the general public, but they are part of the curriculum in local middle schools.”

“Technological advances and changing visitor expectations have given us impetus to combine and interpret existing collections in new ways and this exhibit is the product of that,” Lupton adds. “Crossroads presents far more historical information than ever before in a fun and exciting venue, combining state-of-the-art digital interactives and dramatic new artistic features with our collections.”

Compared to other, rather staid exhibits in the MPM, Crossroads is brightly lit by modern LED lighting systems and uses touch screens for certain displays. Those familiar with popping their finger on a tablet or swiping left and right on a smartphone will be comfortable navigating the handful of interactive elements. There are no speaking voices narrating the exhibit and on the night of the previews, the music piped in was more about haunting atmospherics than trying to guess what music and street scenes might have sounded like at the time (as in other wings of the museum).

The exhibition’s center finds a full-sized depiction of Egyptian Pharaoh Tutankhamun on a chariot led by two majestic white horses. Created by MPM artist Craig Yanek and Wendy Christensen, the chariot is an exact replica of one found in the King’s tomb and Yanek modeled the figure after actual forensic reconstructions that have been done.

While there are dioramas and artifact replicas aplenty (like the Rosetta Stone and canopic jars holding mummy organs), the exhibit’s text panels are written with a middle-grade school audience in mind. The show intriguingly does not focus solely on just the familiar scenes of pyramids and Osiris, but takes a sweeping look at the various cultures and contributions from 4,000 years of history starting with the rise of Egypt and Mesopotamia to the fall of the Western Roman Empire.

The exhibit is cleverly broken up into thematic areas called Construction, Communion, Community, Commerce and Conflict. The idea is to have visitors explore the ancient world through ideas that were common to civilizations and are still relevant today. And yes, it’s well worth seeing. 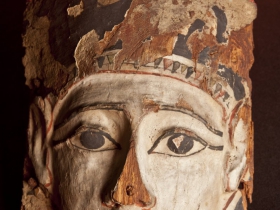 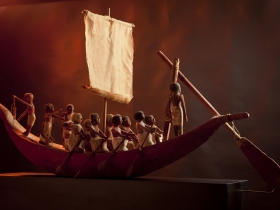 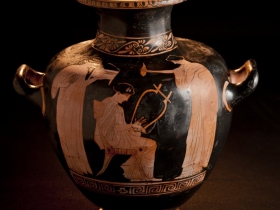 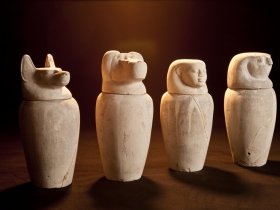 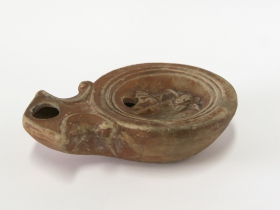 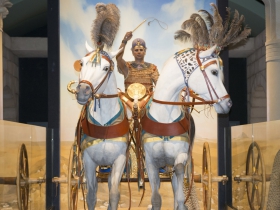