By the 1920s horses were largely gone and motorized taxicabs were fighting each other for customers. 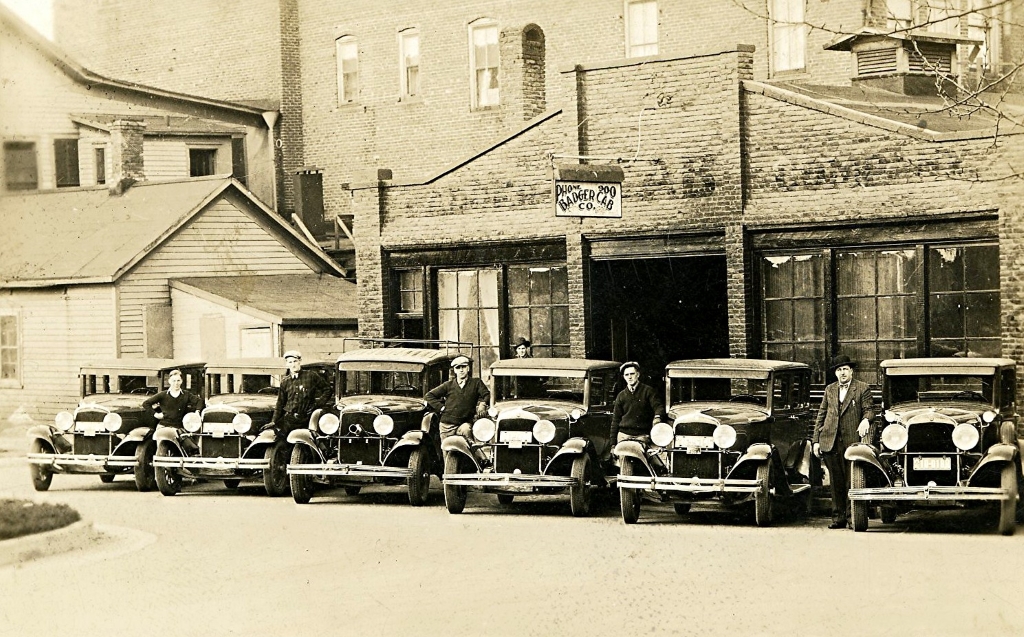 By the 1920s motorized vehicles dominated transportation in Milwaukee. Horse-drawn wagons would only survive for ice and dairy delivery. But at that time there were also excellent public transportation options from streetcars to electric railways and the major railroad lines.

“Gasoline-powered taxicabs began operating in Paris in 1899, in London in 1903, and in New York in 1907,” as Wikipedia reports. “By 1920, there were two dominant taxi-cab companies operating in Chicago: Yellow Cab and Checker Taxi.”

Odds are, both companies were also established by then in Milwaukee, but this city also had the Boynton Company, which began in 1858 running horse-drawn hacks, as they were called. In 1903 the company purchased four automobiles and began the conversion to motorized cabs. At one point it was known as the Green Cab company, but in 1923 the Boyntons purchased the Milwaukee Yellow Cab Company and the Black and White Yellow Cab Company. Eventually all of the expanded company’s cabs were yellow and it became known as Boynton Yellow Car, which stayed in business until 1958.

This is an unusual photographic postcard of a fleet of taxicabs, capturing the Badger Cab Co. fleet of cars in front of its offices. Research indicates that the location was on 3rd St. between Poplar (now McKinley) and Vliet. Access was from the alley. The proprietor was Ernest Kreutner. Kreutner is only listed in the city directory in 1926 so the business was apparently not very successful. And that’s despite how easy it was to call: Note the simple telephone number, just “200.”