By Brendan O’Brien, Milwaukee Neighborhood News Service - Feb 24th, 2015 10:05 am
Get a daily rundown of the top stories on Urban Milwaukee 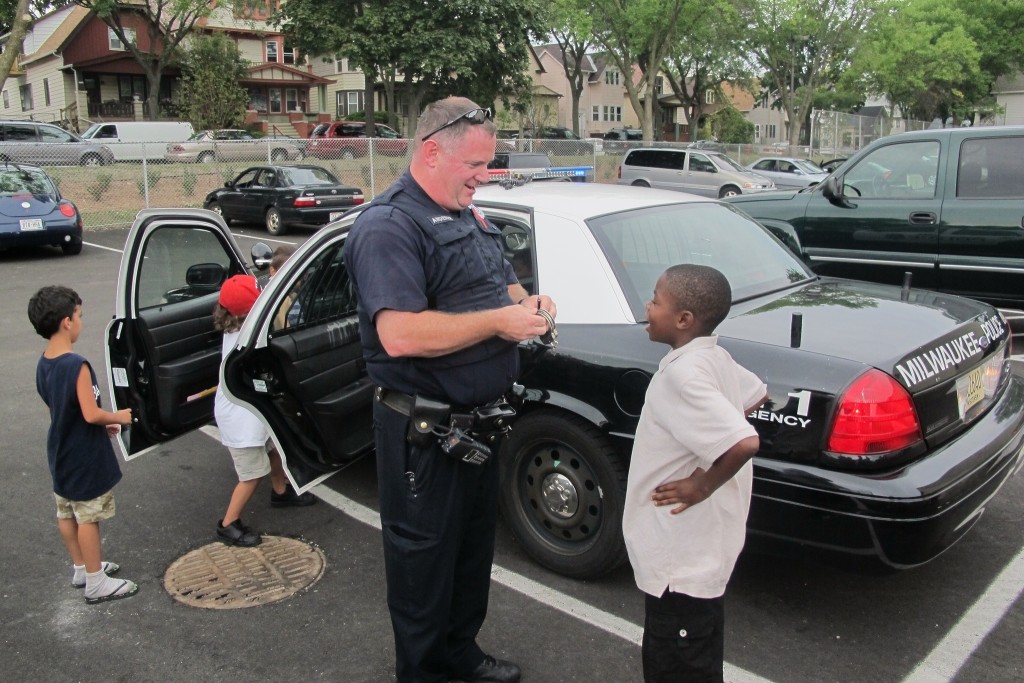 A Milwaukee police officer talks with a boy in Clarke Square. (Photo by Edgar Mendez)

Safe & Sound has selected eight Milwaukee neighborhoods where the organization will focus its efforts to empower residents and ultimately create safer communities.

The neighborhoods consist of Clarke Square and Layton Boulevard West in Milwaukee Police Department District 2 on the South Side as well as North Side neighborhoods Metcalfe Park and Midtown in District 3; Amani and Harambee in District 5 and Parklawn and Sherman Park in District 7.

“This new targeted geography and neighborhood team structure enables Safe & Sound to strengthen our ability to unite residents, youth, law enforcement and community resources, relationships which are essential to improving the safety of our neighborhoods,” said Katie Sanders, executive director of Safe & Sound.

Since its inception in 1998, Safe & Sound’s approach to reducing crime has consisted of creating positive alternatives for youth, door-to-door neighborhood organizing and advocating for tough law enforcement.

The neighborhoods selected are aligned with Milwaukee Police Department boundaries, reflecting the current work the organization does with law enforcement. A community prosecution unit coordinator will be assigned to each district to act as a liaison between residents and law enforcement and several city departments.

“We will enhance delivery of program services and really work to amplify some of the existing resources, but also fill the gaps in what’s happening in the neighborhoods regarding safety and community leadership,” said Anne Temple, a spokeswoman for the organization.

Safe & Sound also will place a community organizer in each of the eight neighborhoods to engage residents and strengthen their relationship with police. The community organizer will help create block watches and clean-up efforts while playing an active role in fielding safety concerns from residents, Temple said. 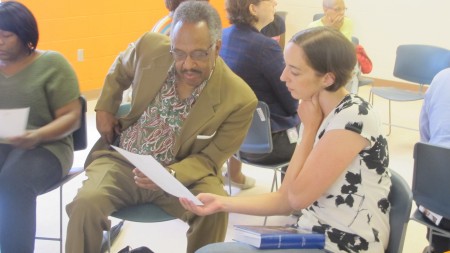 A youth community organizer also will be assigned to each neighborhood, where they will help young people get involved in leadership opportunities while creating a dialog between them and police, Temple said.

“It’s localizing the effort…and hopefully will achieve a greater impact,” she said.

The organization said it selected the neighborhoods to prioritize its efforts after analyzing crime and housing data, identifying community assets and engaging community leaders and residents.

Officials said the organization will continue to have a presence in the 13 other neighborhoods that it serves.

“Strategically, after evaluating the impact we hope to have in the community and how we want to deploy our resources, we wanted to narrow that focus,” Temple said.

One thought on “Safe & Sound Will Target 8 High-Crime Neighborhoods”