Teaching Kids How To Be Green

By Andrea Waxman, Milwaukee Neighborhood News Service - Feb 3rd, 2015 10:03 am
Get a daily rundown of the top stories on Urban Milwaukee 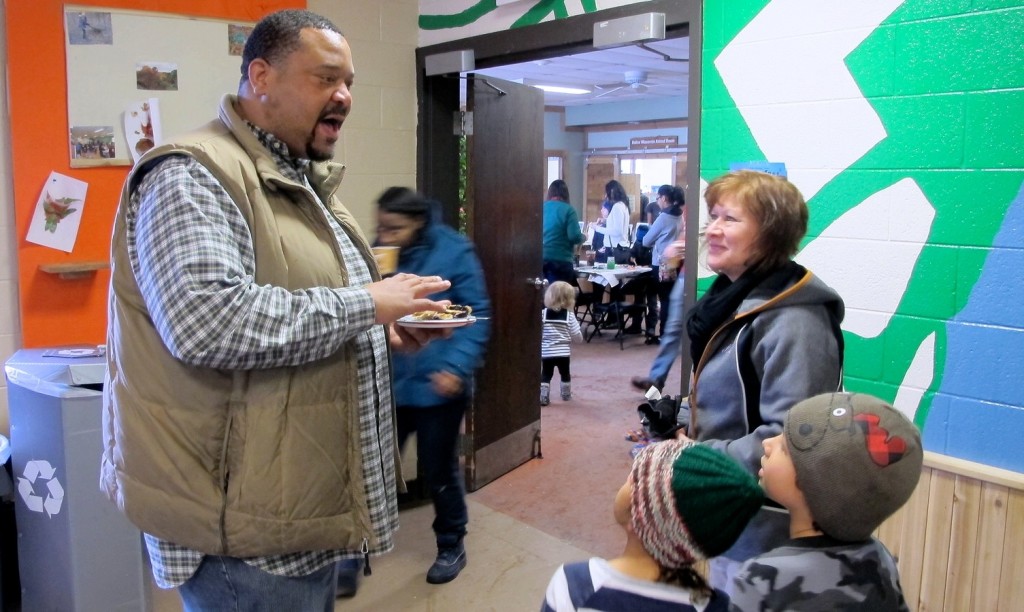 When Terry Evans was about 12, his father, an Air Force technical sergeant, took him and his younger brother camping for the first time. As a military child, Evans moved often and encountered many new environments and cultures. But that camping trip in the Black Hills of South Dakota stands out in his memory.

The simplicity of living in nature, at least temporarily, without material distractions struck a deep chord in Evans’s soul. And he credits his father with opening his eyes to the wonder of nature. Now, he strives to convey that feeling and create similar memories for his three daughters, and for other children and families as well.

“I want (my daughters) involved in more outdoor activities to understand the environment and be more responsible as far as taking care of the environment,” he said.

Evans recently took the helm at the Urban Ecology Center in Washington Park as branch manager. He stood out among the applicants, according to Beth Heller, senior director of education and strategic planning, because he has deep connections to the community and is committed to bringing the center’s mission — to foster ecological understanding as inspiration for change — to kids in Washington Park. 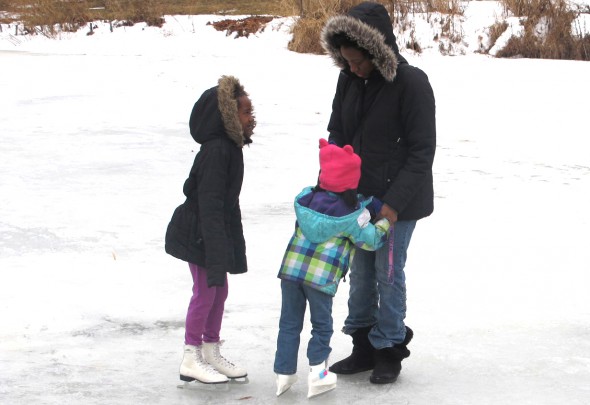 Terry Evans wants to instill a love of nature and outdoor activities in neighborhood children. (Photo by Andrea Waxman)

“We’re at a phase in our life here at our Washington Park branch where we’re maturing as an organization. This is the time when we want to become the daily experience that people have with nature,” Heller said. She and her colleagues think Evans can accomplish that.

Evans, who lives in the Capitol Heights neighborhood, came to the position from the Boys & Girls Clubs of Greater Milwaukee, where he worked in youth development. His latest job as area director was to oversee about a quarter of Milwaukee’s 43 clubs and he was instrumental in opening seven new sites for the organization. Prior to that, Evans worked as a community organizer at Safe & Sound and planned programs related to health, safety, job training and quality of life at the Social Development Commission and Department of Corrections.

The biggest difference with this job, Evans said, is the opportunity to be outdoors teaching ecology and science. That’s exciting to him because he is concerned that so many kids prefer computer video games and television to playing outside. It will be a challenge to lure them into environmental education, Evans said, but once that door is cracked, the possibilities are unlimited.

“I think all the jobs I’ve had have had a purpose. I think this (job has) a deeper purpose,” Evans said. He wants to help community members appreciate the natural world and the bonds that nature can build within families.

And Evans has the vision, the work ethic and the energy to get done whatever he undertakes, according to former colleague LaNelle Ramey, an area director at the Boys & Girls Clubs.

“He can see what things can look like before anybody else does. And if you give him a task, he starts thinking right away what can happen with that. He has no problem being the worker bee to get it to happen,” Ramey said.

When he was promoted to an executive position at the Boys & Girls Clubs, Evans always found a way to stay connected with the youth, Ramey added. He made himself available for events, functions, activities, programs “or simply going into the games rooms and having conversations, or into the gym coaching from the sidelines,” Ramey added.

“The best way to describe Terry is as a visionary and a workhorse.”