“Women Can Be Just as Violent as Men”

As Shakespeare’s plays go, Macbeth is not the most uplifting. The titular Scottish general conspires with his diabolical wife to murder a king and several others, all the while consumed by guilt and anxiety that ultimately lead to his demise. Hardly much ado about nothing.

Soulstice Theatre, however, offers quite a twist on the tale, with an all-women cast portraying the characters. Director Carrie Jones had wanted to do a Shakespearean show for Soulstice’s current season, but struggled to find one with enough female roles. So she and the production team decided to choose one play and make all of its roles for women. Jones ultimately chose Macbeth because of its graphic violence.

“Women would never ever have a chance to do those roles,” Jones says, “and we said, ‘Well, why not? Women can be just as violent as men, so let’s go for it.’”

The original script is unaltered, but Jones did change the setting to a bombed-out building post World War I. She and the production team chose this period since it was a time when women took on roles they typically didn’t. With all the men away at war, females normally constrained to maternal duties in the home branched out and renegotiated gender roles in the workplace and elsewhere. Jones also drew inspiration from teenage girls in Scotland and England who went against their parents’ traditions and made new identities from themselves, wearing tuxedo coats and showing their ankles in public.

The cast aims to stay as true to the text as possible. They don’t want their interpretation to overwhelm Shakespeare’s “beautiful language.” But an all-women cast inevitably brings in twists. Seeing dialogue between two women lets audiences interpret different meanings of the exchange. After Lady Macbeth tells her husband of her plans to kill the king, Macbeth says, “Bring forth men-children only.” Jones says the new roles make this line a “subtle dig” at Lady Macbeth, since her husband doesn’t believe she can live up to his masculinity.

“When we started rehearsing our version with all women, we got to a couple of scenes with Macbeth and lady Macbeth in it,” Jones says, “and having two women up there on stage yelling at each other that they’re not living up to their ideas of masculinity is this completely different vision that we are seeing.”

Soulstice’s cast of 18 women—the youngest being 13— may seem unusual for a Shakespearean production, but women have been playing the Bard’s roles for centuries. Sarah Bernhardt played Hamlet in 1899. Cate Blanchett took on the role of Richard III in 2009.

“It’s all so often characterized as a gimmick that the public often forgets that women do this all the time,” Jones says. “I think it’s important that we do performances like this more often so that we can get it back into the public consciousness.”

Jones hopes that by presenting a story so grounded in politics and power struggles—there are several fight scenes involving daggers and swords—audiences realize that plays starring women can be about more than just romance; they can be ambitious and bloody and be successful.

“We wanted to show that women have these same ambitions men do,” Jones says. “Women can be violent and loyal and politically motivated, and they can fall apart like men do.” 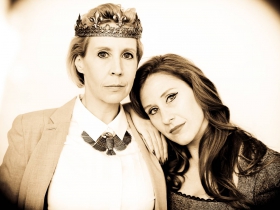 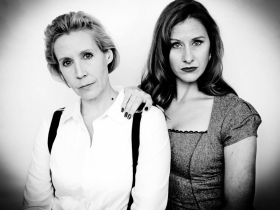 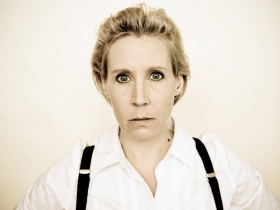 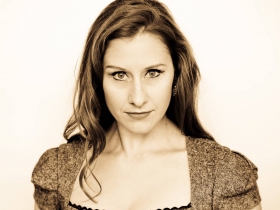 Everyone has faced a sibling rivalry at some point, whether as children or adults. But few involve a jealousy that leads to lost jobs and near-death experiences.

Such is the stuff of American playwright Sam Shepard’s play True West, opening at Alchemist Theatre this weekend. Brothers Austin and Lee reconnect after five years while their mother is on vacation. On top of dealing with differences in personality, Lee overtakes the screenplay his younger brother is writing, consequently threatening his livelihood and forcing them to cooperate in the same business. But their plans don’t go as expected; they rarely do in Hollywood.

The Beautiful Music All Around Us

Stephen Wade was born to write “The Beautiful Music All Around Us.” While growing up in Chicago in the 50s and 60s, he was influenced by Southern musicians moving north from the Mississippi Delta and Southern Appalachians. In 2012, he published, The Beautiful Music All Around Us: Field Recordings and the American Experience. It tells the stories of musicians, their families and their communities all featured in early Library of Congress field recordings from the South.

From there, the Grammy-nominated artist developed a one-man show based on the content of that book, celebrating the creators of American folk music from the 30s and 40s. Wade intertwines live music with stories about the genre and accompanying photo projections. It’s a celebration of forgotten history and the soul of American music.

Based on the popular novel by Jerry Spinelli, the play Stargirl, by Y York, follows the titular character, an eccentric homeschooler, as she tries her hand at public school, dealing with texting bullies, new friends and staying true to herself. The First Stage show is suitable for ages 10 and up.

A Cabaret by Melody Betts

UPROOTED Theatre continues its Cabaret Series with a performance from Chicago soprano Melody Betts. While telling the story of how she became the musician she is, Betts will sing classic tunes and selections from musicals like “Dreamgirls” and “Wicked.”