Emma Stratton as Reno Sweeney and Brian Krinsky as Billy Crocker in the National Tour of ANYTHING GOES. Photo Credit: Jeremy Daniel

January is not the month for sailing in Milwaukee. More a month for icebreakers. But sailors young and old can satisfy any cravings for balmy weather on the high seas with Anything Goes and How I Became A Pirate, both opening this week.

This rendition won the Tony for Best Musical Revival in 2011. Lindenfelzer tells Urban Milwaukee Dial that even if audience members have seen the show before, they haven’t seen it like this.

“I think this revival tightens and highlights the best parts of the story,” he says. “While it is still a show of a certain period, and there are period jokes, I think the humor feels fresh. And the music, of course, is timeless.”

The production is known for its popular score, including “You’re the Top,” “I Get a Kick Out of You” and “It’s De-Lovely.” But with those fun songs come intense dance numbers that keep the entire cast on their toes—literally. During the titular song “Anything Goes,” Reno and her dancers tap dance for approximately seven minutes before finishing the number. “Their ability to sing after those dance breaks has always astounded me,” Lindenfelzer says.

Adapting to the touring lifestyle can be a challenge for the cast, especially with a demanding travel schedule. However, they also foster a sense of fulfillment in bringing the show to audiences across the country who didn’t have a chance to see the New York production. Growing up near Boston, Lindenfelzer appreciated seeing tours in his hometown. Now he can share that experience with each audience. Of course, no tour comes without occasional mishaps.

“Our bus broke down one fateful day and we got to spend some quality time in a cornfield,” he jokes. “We had an ‘a-maize-ing’ time.” 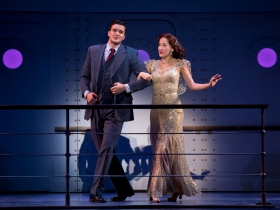 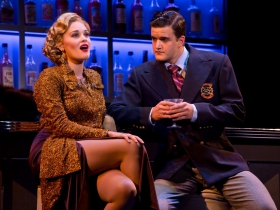 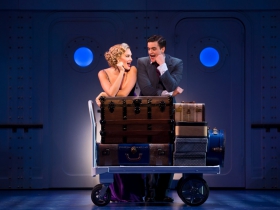 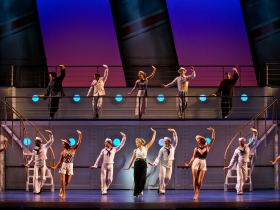 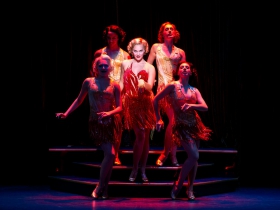 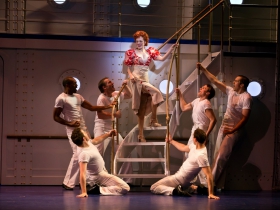 How I Became A Pirate

Each season Marquette University’s Theatre Department includes a show geared for younger audiences, but How I Became A Pirate actually has appeal for seafarers and landlubbers of all ages. Based on the book by Melinda Long, the show follows young Jeremy Jacob as he joins Captain Braid Beard’s crew to dig up buried treasure. Yet he soon questions whether a life without manners or bedtimes is worth leaving his family forever.

Dan Callahan, a senior in Marquette’s theater program, plays Sharktooth, a pirate who may not be as intimidating as Jeremy thinks.

“(He) starts the show being the scariest pirate on the seas, but as the show goes on, you learn that he is really just a sensitive guy,” Callahan says.

How I Became A Pirate premiered at Milwaukee’s own First Stage Children’s Theatre in 2009. The book, music and lyrics were written by Janet Yates-Vogt and Mark Friedman.

Liberace!, the musical biography of one of the most famous Wisconsin-born celebrities, closes this Sunday at The Milwaukee Rep. The show stars Jack Frobes Wilson as Mr. Showmanship, who perform some of Liberace’s most famous numbers, like “The Boogie Woogie” and “I’ll Be Seeing You.”