By Edgar Mendez, Milwaukee Neighborhood News Service - Dec 19th, 2014 11:06 am
Get a daily rundown of the top stories on Urban Milwaukee 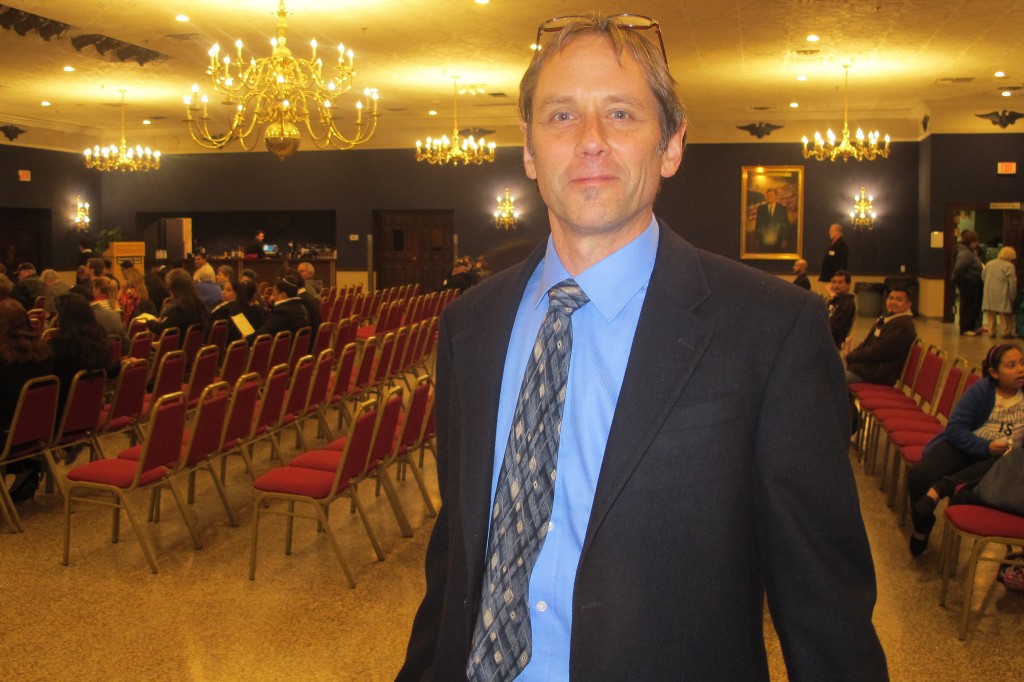 Steve Fendt, who stopped to pose for a photo prior to an SOC-hosted legislative forum in October, was the organization’s executive director for more than 22 years. (Photo by Edgar Mendez)

In a move that surprised many, the Southside Organizing Committee board of directors has removed Steve Fendt as executive director. Fendt, who served in the role since 1991, sent an email dated Monday informing supporters of the board’s unanimous decision, made in November.

“While I respect the board’s right to make this choice to terminate my employment, I am saddened as I think it serves neither the organization nor the community,” Fendt wrote.

Originally from Fond du Lac, Fendt moved to Milwaukee in 1980 to attend Marquette University and worked as a community organizer in Chicago before joining SOC, according to a bio on the committee’s website.

In his email, Fendt wrote that he always acted in what he felt was the best interest of the organization and the residents of the South Side. Among the accomplishments he listed from his past year of work were drawing $2 million in city funding for homeowners and delivering 8,000 letters to the candidates for governor in support of a driver’s license program for undocumented immigrant laborers and caregivers. Fendt wrote that he was leaving SOC on firm financial ground and with commitments of more than $274,000 in funding for 2015. 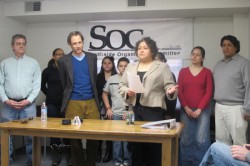 As for why board members made the change, SOC Board President Jason Cleereman said, “The board creates a mission but after a significant period of time they were not seeing action on what they saw as important.”

When asked which issues were being neglected, Cleereman said he’d rather not discuss specifics, adding that he had much respect for Fendt as an individual, as well as for the work he did at SOC

Still, Cleereman said, the board did what’s best for residents served by SOC. He added that Fendt’s removal had been in the works for more than a year-and-a-half.

The only other board member to respond to an NNS request for comment was Graciela Hernandez, a local business owner who is vice president of the board, and will serve as interim director until a replacement is found.

Hernandez said she could offer no specifics as to why Fendt was voted out, but reiterated that his removal had been in process for some time.

In the meantime, “we’re still going forward with the SOC mission,” Hernandez said.

SOC and its army of volunteers, led by the candid and sometimes controversial Fendt, have long stood at the forefront of local issues, many of which affected Spanish-speaking South Side residents.

That night Fendt told the crowd — many of whom had gathered to voice their concerns about the inability of undocumented residents to obtain a driver’s card — that the South Side is the hardest-working neighborhood in the state.

SOC was one of only a few community-based organizations to take a stand against Gov. Scott Walker’s budget amendment that repealed the residency requirement for city workers, which is still being fought in court. During Fendt’s tenure, the organization has also been well known for strongly encouraging residents to provide input on community development priorities.

“Steve has had a major impact for families living on the South Side,” said Charlotte John-Gomez, executive director of Layton Boulevard West Neighbors, a nonprofit that partnered on many projects with SOC over the years. “The neighborhood has been improved due to the SOC and his diligent work,” she added.