Cheap drinks and hip-hop music on a Friday night for city workers and educators. With free condoms, too.

My day job is working as a teacher’s assistant at a city public school, and I can definitely use a stiff drink at the end of the week. So I was thrilled when I discovered an educators and city workers happy hour at Riverwest Public House from 7pm to midnight every Friday. I took advantage of it last Friday at a dope hip-hop show headlined by local artist Klassik, featuring Crunchy Kids (Minneapolis), Samy.Language (Chicago), Dana Coppa & SPEAK Easy (Milwaukee), Bull JR & Moses (Milwaukee), and Streets -n- Young Deuces (Milwaukee).

I first stepped into 815 E. Locust Street a dozen years ago for another hip-hop show headlined by the late, great Eyedea, at what was then known as Riverwest Commons. Since 2011 the space has been occupied by Milwaukee’s only co-operative bar, and one of a few in the nation. Public House epitomizes the Riverwest neighborhood vibe; progressive thinking with a greater focus on community than commerce.

Like our beloved Green Bay Packers, Riverwest Public House lets you become a stockholder in the coop. An annual membership is $40 and after five years you become a lifetime member, or you can pay $200 straight out for the lifetime membership. Being a member means you can vote for the board of directors, have access to member-only events and best of all, have your own happy hour anytime. That includes $1 off taps, rail mixes, wine, coffee, tea, NA beer, Great Lakes Distillery products, plus seasonal drink discounts.

The Public House also has a traditional weekday happy hour from 3-7 p.m. with $1 off taps (not Schlitz), $3/2 rail mixes, $2 tall boys and a $15 pitcher and pizza. I just missed the cutoff on a Monday night so I ordered a Pearmans Toddy, one of their seasonal cocktails, which are $2 off on Mondays from 7pm-midnight. It’s a sweet spin on the traditional toddy, made with Rehorst Gin, cinnamon simple syrup, fresh lemon and a dash of Angostura bitters. The bartender told me they concoct all the seasonals themselves and she was looking forward to experimenting for their next batch, arriving on the equinox (December 21). Currently, they have seven choices, including three varieties of Old Fashioned (pumpkin, cranberry and apple brandy).

“Building community one drink at a time,” is the Public House mission. True to form, there was a meeting at the long table near the door on Monday night, a trio of Spanish speakers at another table, and an old-timer at the bar spinning yarns. Books, board games and two pinball machines are available for when conversation runs dry. Their stage is large considering the size of the bar, and the sound system is high quality. Karaoke was being set up as I was getting ready to leave and before I took off I overheard talk of the sold out Volcano Choir with surprise guest Sylvan Esso show from the night before at Turner Hall.

Tuesday is LGBT night featuring BINGO with Dora Diamond ($1 bingo cards, $2.50 Modelos, $4 margaritas 7pm-midnight). Wednesday is “drink & draw” happy hour for those artistically inclined (materials provided), with pub team trivia from 7pm-9pm ($9 Lakefront pitchers after 7pm), then starting around 9pm they show 2 episodes of X-Files (with $2 alien shots). Thursday’s nightly special is $5 for a shot and a tallboy from 7pm-midnight. Schlitz pitchers are $5 from 5pm-9pm on Saturdays. Sundays feature 2-for-1s from 7pm-midnight.

In addition to their live music series and DJ dance parties, Public House hosts a number of community events, including a free monthly sex education course for adults. (Free condoms can also be found in a basket near the bathrooms.) Saturdays from 11am-3pm they have a winter farmer’s market. Check their website for more information and events.

The emergence and success of Riverwest Public House is a testament to a shift in perspective since the Great Recession that has embraced co-ops and credit unions. But it also reflects a progressive and socialist thread that still runs deep in our city and state. And I can definitely drink to that. 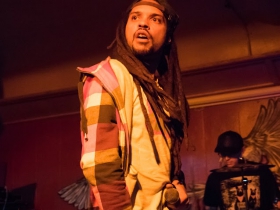 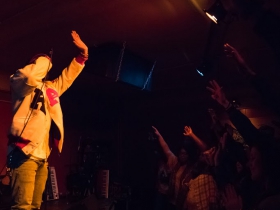 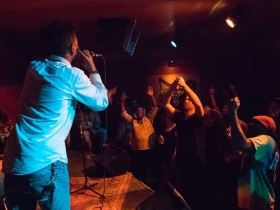